For all the claims that RIM is dead, they still have a stronghold on the corporate sector. So how do you create a product for the discerning CEO and set it apart from the millions of other BlackBerry devices out there ? The aim  here was not to attain the best performance or best in class camera but to a device which would sets them apart. Something which would be unique enough to show that they have arrived. 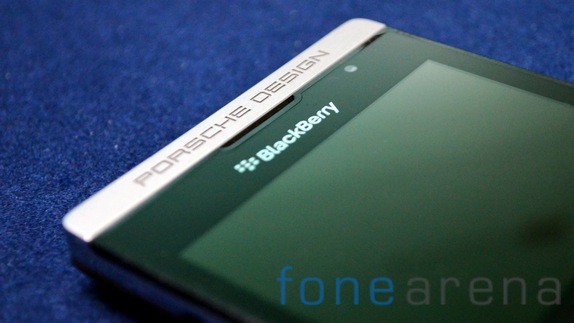 The Porsche brand is a symbol of automative excellence. The Blackberry is a CEO’s best friend. Sometime back, the two decided to get together and create a product which combines high end materials and design abilities of Porsche along with the business ready nature of a Blackberry. When Porsche Design CEO Huergen Gessler decided to speak to Blackberry about a prospective collaboration, one thing led to another and the Porsche Design P’9981 was born.

Internally, the phone is identical to the Bold 9900. You can read our review of the BlackBerry Bold 9900 to get a better idea of the performance. We’ve listed the specifications to glance through below.

The Blackberry Porsche P’9981 is a gorgeous looking phone but perhaps not in the traditional sense. There is no doubt that a lot of work has gone into the design but it is not a design which you fall in love in. Its more of a design which invokes intrigue and a desire to touch and find out more about. 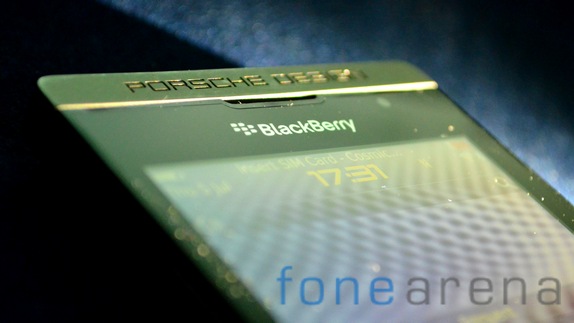 So what exactly do you get for the small fortune you hand over for the Porsche P’9981 ? Well for one, the phone is constructed almost entirely of stainless steel. The touchscreen is very sensitive and the navigation buttons under the screen are individually cut out of glass. The bottom of the phone is plastic to prevent any unnecessary interference in the radios. 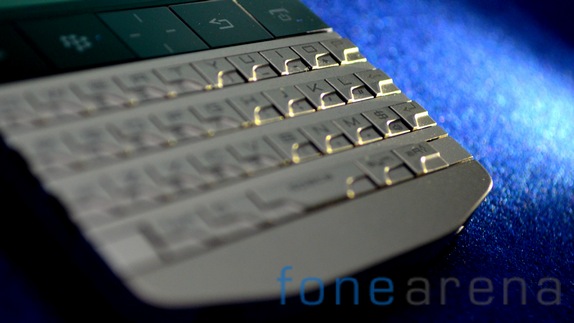 A lot of attention has been paid to the keyboard. Each key is individually forged from metal and has really great feedback as expected from a BlackBerry keyboard. More on it later. 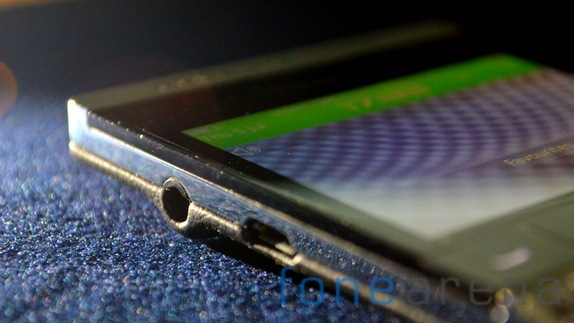 The right side of the phone is busy with the volume up, down and mute keys along with a convenience key. The left side is comparatively cleaner with a microUSB port and a 3.5mm jack 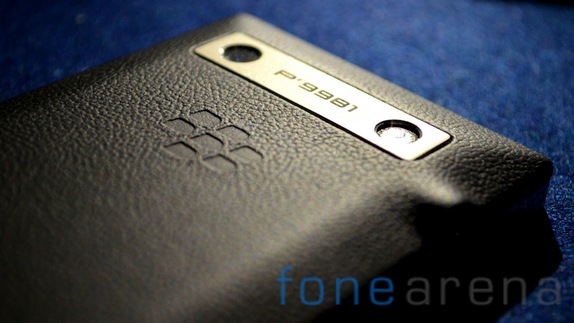 The back of the phone is wrapped in genuine leather and generally feels great to hold. A steel plate at the back of the phone has the model number of the phone inscribed on it while the camera and led flash flank it on either side. The battery cover has an NFC antenna built in to facilitate contact transactions and NFC based device pairing.

The keyboard is pretty interesting on the Porsche Design P’9981. Individually crafted from metal, it will easily stand years of heavy use and abuse. Each key has an alphabet and number inscribed on it which glows white when in a  low light area. 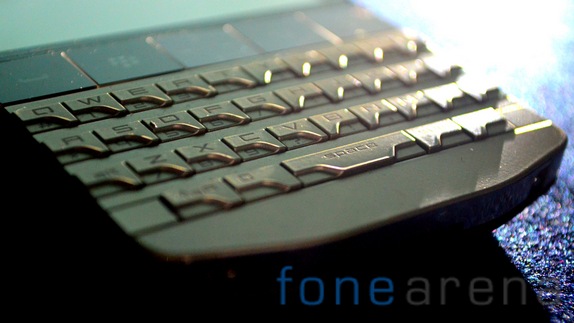 As expected, the keyboard has frets as seen on all high end BlackBerry phones. Compared to the 9900 on which this phone is based, the keys are shorter and wider making typing a bit more difficult.

Camera
The BlackBerry Porsche Design P’9981 has a 5MP EDoF camera around at the back. The lack of auto focus means that it is impossible to capture close up shots. Macro shots end up being inevitably blurry. Long distance shots are much better though the phone struggles to get the white balance correct. Shot to shot times are quick and there are almost no advanced settings to play with here. Its a very straightforward point and shoot experience.

Software
The P’9981 runs the same operating system as the BlackBerry 9900. We’ve already taken an in depth look at BlackBerry OS 7.0 in our Bold 9900 review so we won’t repeat ourselves here. The P’9981 differs from the standard OS 7.0 by including a custom theme. 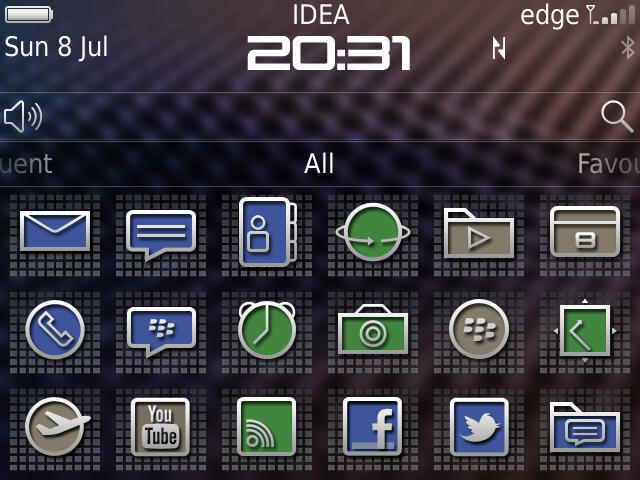 The home panels offer a set of special icons and background options. Menus elements remain pretty much the same an the UI is for better or worse same as the standard OS 7.0. The phone comes with the same set of applications preloaded.

Conclusion
The P’9981 is a device which sticks out. If the standard BlackBerry doesn’t cut it for you then this is the device that you should be looking at. Packing all the smarts of the Bold 9900, the P’9981 kicks it up a notch in the bling department and makes sure that you get noticed. 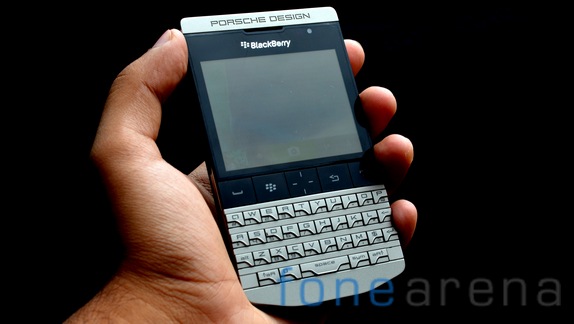 At close to $2350, the P’9981 is not better than the Bold 9900. It is a device for someone with a lot of disposable income and particular affinity for Porsche and BlackBerry. For the rest of us, there’s always the Bold 9900.