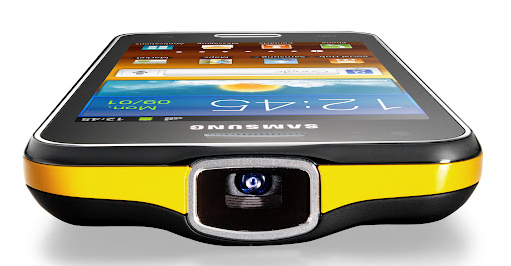 Samsung Galaxy Beam is now on pre-order from the Samsung’s Official eStore. Samsung announced the Galaxy Beam, successor of their previous Beam at MWC 2012 in February. It was expected to be available in South West Asia including India in May, but it got delayed. It has a 4.0-inch 480×800 (WVGA) TFT display and is powered by 1 GHz Dual-Core Processor. It has 15 lumens pico projector that allows users to share photos, videos or other digital media instantly and in crisp clarity up to 50-inch wide. It runs on Android 2.3 (Gingerbread) and has 5MP Auto focus camera with flash, 1.3MP secondary camera.

The Samsung Galaxy Beam is now on pre-order from Samsung eStore for Rs. 29,900. There are no details about the availability, but we can expect it in early July.

[Update: Samsung offers one additional battery pack free with every purchase of Galacy Beam. It is expected to ship next week (2nd week of July).]