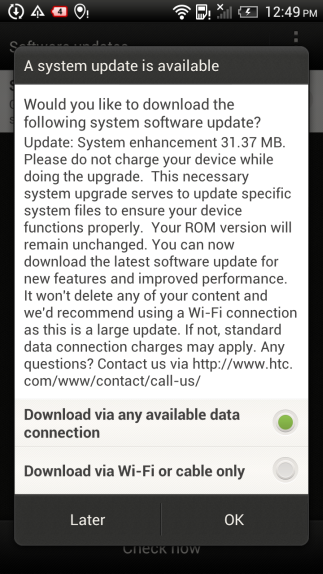 The One X has received a new firmware update via OTA with the version number 1.29. We are not exactly sure what this firmware update brings to the table but the update is around 31 MB in size. HTC calls it a necessary System Upgrade.Updating over WiFi is recommended unless you don’t mind using your 3G data. The update is expected to improve the HDR Camera function , power management and volume control in DLNA mode according to this tweet

Looks like this update has been rolling out in Europe for quite sometime and it has finally hit India. Any one else got this update on their One X ?