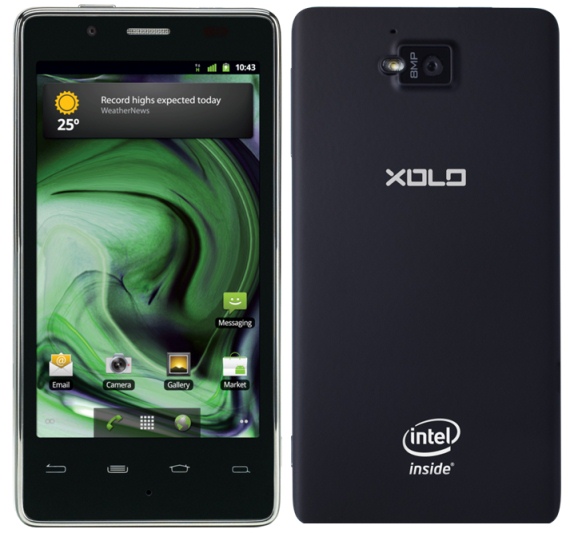 Intel has partnered with Lava Mobiles to unveil the XOLO X900 with 1.6 GHz Intel Atom processor (Medfield Z2460 platform) with with Intel Hyper-Threading Technology. This phone has 4.03-inch (1024 x 600 pixels) high-resolution LCD touch screen display and runs on  Android 2.3 (Gingerbread). It has 8MP camera with LED flash, burst mode that can capture 10 pictures in under a second and a 3MP secondary video calling camera.

The Lava XOLO X900 would be available in early Q2 2012 from retail outlets and major networks such as Aircel and Airtel in India. There are no details about the pricing yet.