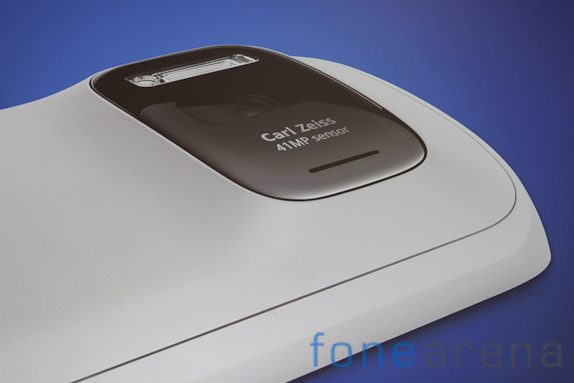 Here are some live pics of the Nokia 808 Pure View we got our hands on earlier today. Enjoy the Photo Gallery below with tons of pics of the device. The phone has a bulge in the back to accomodate the gigantic Camera sensor which captures upto 38 MP resolution photos. We were live blogging Nokia Press conference from MWC 2012 where Nokia announced the 808 Pure view 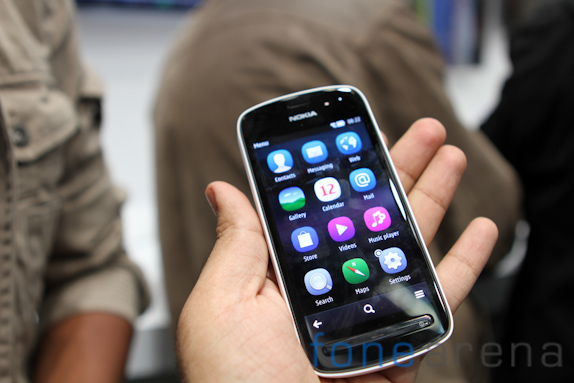 The 808 feels slightly bulky but it is as thick as the N8 buth with a more curvy design. 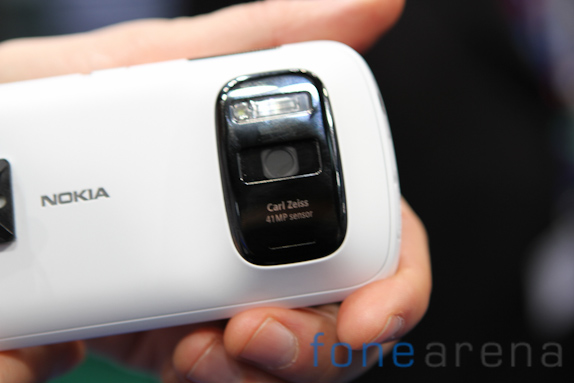 You can also check out the Video describing the camera operation