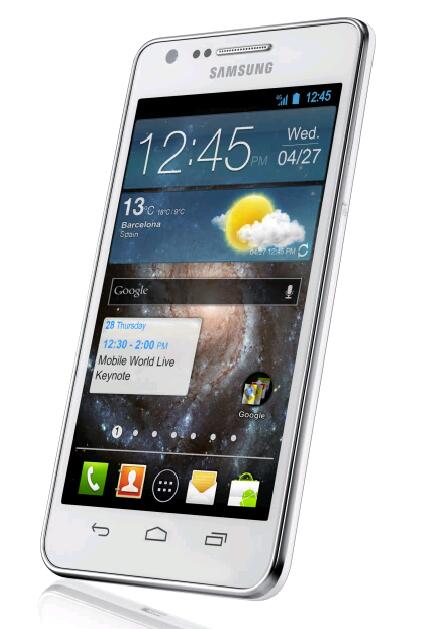 The smartphone in the press image above is the Samsung Galaxy S II Plus. The image was uploaded onto Twitter by Eldar Murtazin.

The device is said to feature a faster 1.5GHz Dual Core Processor. Not much other information is known about the device but it does look very identical to the Galaxy S II which gives us reason to believe that it could be the Galaxy S II Plus.

However for the very same reason, we also think that it could very well be a fake image. The screen seems to look a little odd as well. The home button is now missing and three new Android Ice Cream Sandwich style buttons have been added.

So if the photo is indeed real, this could suggest that Samsung is not yet ready to do away with keys completely. The phone also seems to have a slimmer waistline. The top looks tapered and the bottom bump is not very evident. Hence it might have gotten smaller or the bump has been removed altogether. But due to the angle of the image, its very tough to decide.

With Samsung officially confirming that the Galaxy S III will not make an appearance at MWC (Mobile World Congress) 2012, this may be one of the smartphones they showcase instead.