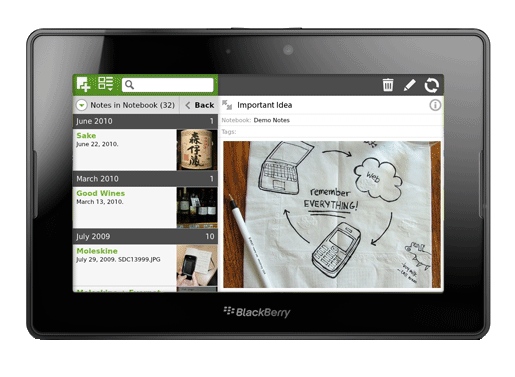 Evernote for BlackBerry PlayBook has been updated to v1.2.24 that brings new features such as ability to record audio and type simultaneously, access existing tags and more. It also has some improvements and bug fixes.

It also fixes a problem when creating new tags containing uppercase characters and a problem with playing an audio file while editing a note.

Download Evernote for BlackBerry PlayBook v1.2 from the BlackBerry App World for free.