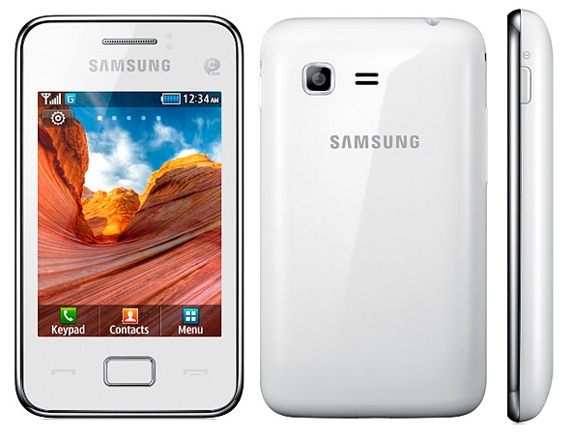 Samsung has announced 2 new touch screen phones, Star 3 and Star 3 DUOS that is the successor of Samsung Star, Star Duos and Star 2 phones. These phones come with 3-inch (320 x 240 pixels) TFT LCD touch screen and 3.2 Megapixel Fixed Focus camera. These specs of the Samsung Star 3 DUOS is similar but the only different is the Dual SIM capability.

These would also come pre-loaded with Samsung ChatON mobile communication service and Instant Messaging services such as MSN, Yahoo!, and Google Talk and natively integrated Facebook, Twitter support.
These devices will be available in Russia in late January and would gradually be rolled out in CIS, Europe, Latin America, Africa, Middle East, and Southeast Asia. The Star 3 DUOS will also be available in Southwest Asia. The price has not been announced yet.