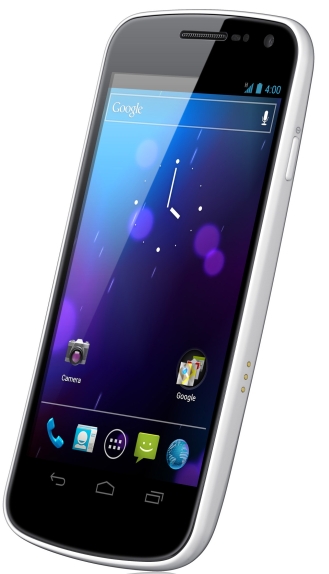 We told you that the Samsung Galaxy Nexus which is actually the best and up-to date Android phone currently in the market is soon going to be available in white.Turns out that the photo we posted in the article yesterday is actually a render as we now the received official pictures courtesy of retailer Clove. If you were looking for a all-white Galaxy Nexus , get ready to be disappointed a little.

While the back of the phone looks nice in white , the front side is a bit underwhelming. I guess the render looks a lot better. Do you agree ?