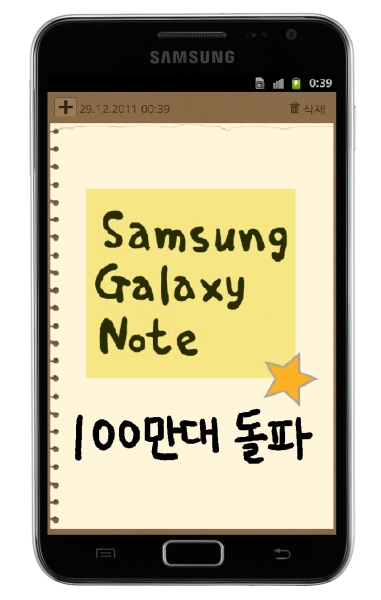 Samsung has announced that they have shipped over 1 million units of the Galaxy Note globally since the launch in October this year, after the announcement on September in IFA. They have also said that the shipments are strong in the European countries such as France, Germany and are increasing steadily in Asian countries such as Hong Kong, Taiwan and the Note remains one of the top favorite phones among people.