Hot on the heels of the announcement of the Blackberry 10 announcement comes the first leaked handset based on the new OS. The slider which is codenamed Milan joins  the London, Lisbon and Nevada which are also part of RIM’s 2012 lineup. 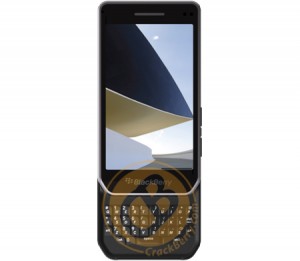 Details about the handset are scarce but the render displays the absence of the optical trackpad , call, hang-up and menu and back buttons. The OS is expected to be heavily influenced by QNX on the Blackberry Playbook and will rely on gestures for completing actions. You can read more about the newly announced Blackberry  10 by clicking here.