The HTC Sensation XL isn’t the most exciting smartphones currently on the market.  But it is one of the few devices that comes with a massive 4.7″ display. If you are the type of person who finds the original HTC Sensation small, then this may be the device for you.

The single core Qualcomm Snapdragon SoC doesn’t exactly scream exciting, but the 1.5GHz  Scorpion CPU combined Adreno 205 GPU is fast enough for Android Gingerbread and the majority of apps available for it. 768MB of RAM is included, which is plenty of multi-tasking purposes though falls short of flagships by Samsung and Motorola with their 1GB RAM. 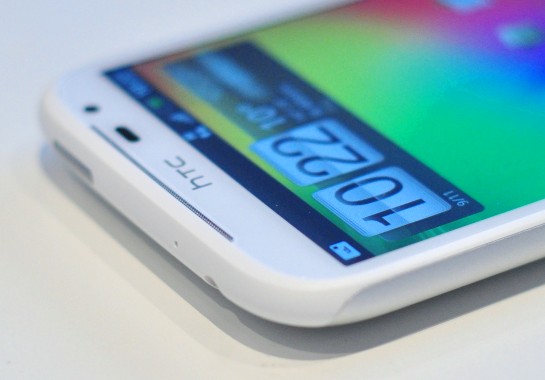 The 4.7″ Super LCD display has a resolution of 480×800. Granted, a qHD or 720p resolution would probably be more suited for a screen this size, but the screen looks sharp nevertheless. Colours are well saturated and the contrast ratio is good for a LCD display. The capacitive touchscreen offers good all around sensitivity.

Below the screen lies four of the standard Android hardware keys, and above it the ambient light sensor, proximity sensor and 1.3MP front camera. The micro USB port is located on the left side of the device while the right side only contains a single volume rocker. The power button and 3.5mm headphone jack are found on the top of the device. 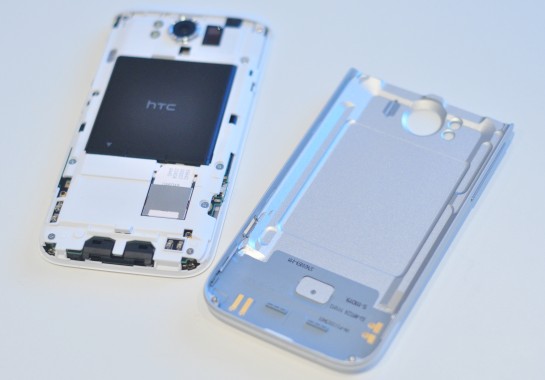 Finally on the back you will find the 8 Megapixel camera with backlit sensor and a 28mm widescreen f2.2 lens, dual LED flash and loudspeaker. Peel off the unibody back cover and you will find the 1600mAh battery and a regular size SIM card slot. Unfortunately the Sensation XL does not feature an expansion card slot so you will have to make do with the 16GB flash (of which almost 12.6GB is accessible) already built-in.

Inside the device you will find all the usual wireless gubbins that makes up a standard 2011 smartpone. These includes a GPS receiver, quad band GSM with EDGE, tri band 3G with HSPA+ speeds of up to 14.4 Mbps, WiFi 802.11 b/g/n including DLNA feature, Bluetooth 3.0 and Stereo FM. 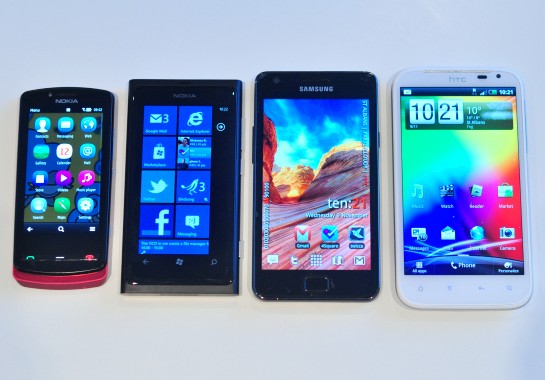 I did not find the size to be as much an issue as the slippery metal back and side was. At times the phone feels like jumping out of my palms. Despite the modest increase in screen size over my Samsung Galaxy S II, which is my main everyday smartphone, the Sensation XL’s extra 0.4″ in display size makes all the differences in usability. 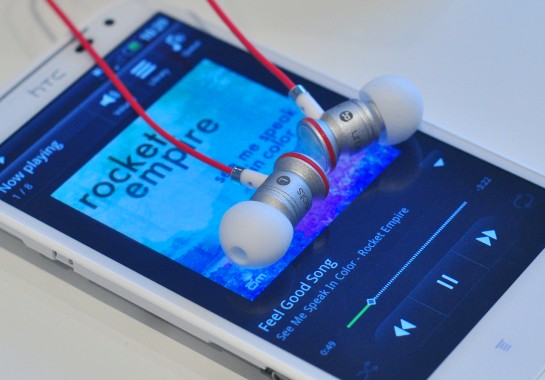 Sense UI is a lovely piece of third party overlay, though not everyone is a fan of it. Still for the majority of users, the launcher works well and provides adequate amount of useful widgets. More can be obtained from the Android Market, and users can even completely replace it altogether.

Included in the box is a pair Monster urBeats in-ear headphone. The headphones comes with a love it or hate it red cabling. While I doubt the urBeats are capable of taking on my mighty Sennheiser IE 8, this is probably one of the nicer headphones that a consumer can find bundled with their phones. I am no fan of Dr. Dre products, but we will be testing BeatsAudio to see if it does make a difference in improving the overall sound quality of the phone.

The HTC Sensation XL is currently available in the UK market on the Three network.