The HTC Radar marks the beginning of the next generation Windows Phone 7 devices. The fledgling OS had previously failed to grab much of market share owing to its lack of several basic features including multitasking , copy paste but with Mango onboard , WP7 stands a definite chance to make a dent in the market. 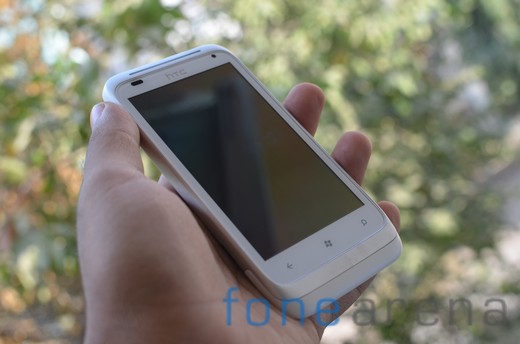 The Radar is one of the first few devices to natively run Windows Phone 7.5 ie Mango on it. Lets take a deeper look at it  in the FoneArena HTC Radar Review.

One look at the HTC Radar and you will immediately recognize the design fundamentals kept in mind during the development stage. The phone hardware focuses on minimalism and does so by using a very calming  color combination of white and silver. It might not jump out seeking for attention but the phone is definitely very elegant.  The unibody construction of the HTC Radar is a solid combination of plastic and aluminum. The white plastic segments not only add to the  aesthetics but also let the phone maintain a good signal connection. 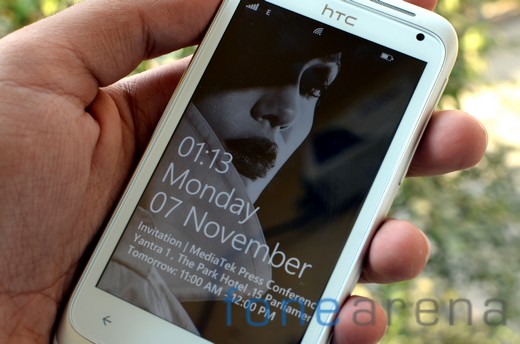 The front of the phone is dominated by a 3.8″ SLCD screen.  The screen is bright and vibrant. It retains good visibility even in bright sunlight. Black levels are deep as long as you don’t crank up the screen brightness to high ! As long as users do not compare the SLCD display on the Radar with the Super AMOLED panel on the Samsung Focus , they will be perfectly happy. The screen resolution is the standard WVGA as seen on every other Windows Phone device. 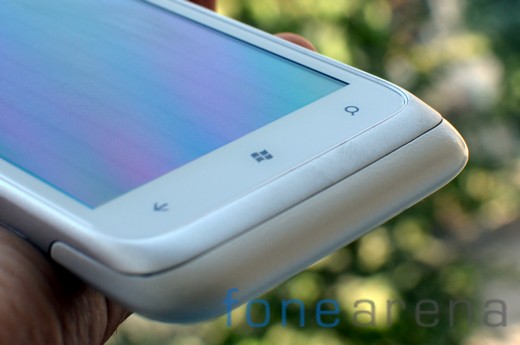 The battery on the HTC Radar is sealed in owing to the unibody construction. Now this might not be a major problem for you , frequent travelers might be put off. Personally , we were easily able to get through a work day with 3 accounts constantly syncing , a few hours of music playback and browsing. Casual users should be able to get about two days of usage. The inbuilt battery saver mode helps to push up battery backup by a few hours by switching off multitasking and background syncing. 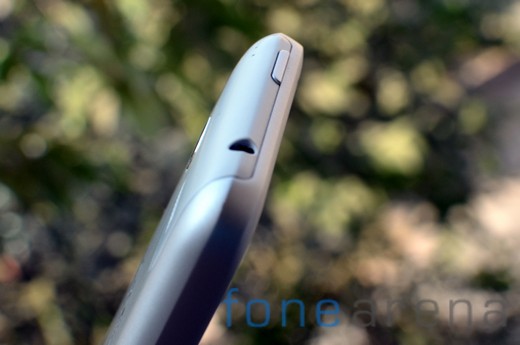 A cover is present at the bottom under which lies the SIM slot. Removing the cover shuts down the phone which seems to be a way to prevent hot swapping SIM cards. The phone offers 8GB of integrated storage so you won’t be spotting any microSD card slots here. 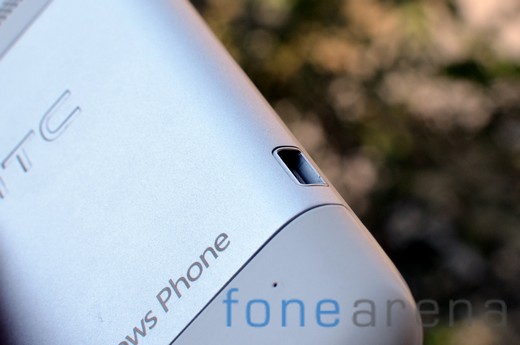 The phone is slightly heavy at about 160gms but that is a small price to pay for a device which feels absolutely fantastic in the hand. The phone has a dense feeling to it which makes it feel like it could take a beating. A 3.5mm jack is placed at the top while a micro USB port is placed on the side. Owing to the recessed nature of the port , blindly plugging in a USB cable might not always work. 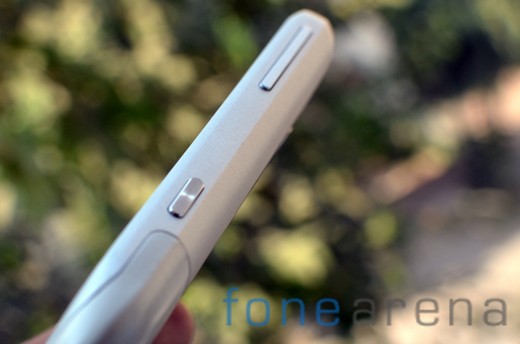 The right hand side also houses a two stage camera shutter key. More on that in the camera section !

The HTC Radar runs Windows Phone 7.5 ie Mango. Microsoft specifically prohibits OEM and Carrier level modifications to enable a smooth upgrade experience for all users. OEMs such as HTC can on the other hand innovate by including custom applications. HTC bundles in a few apps including  HTC Hub, HTC Watch, Photo Enhancer, Connected Media, Locations , Flashlight and Notes. 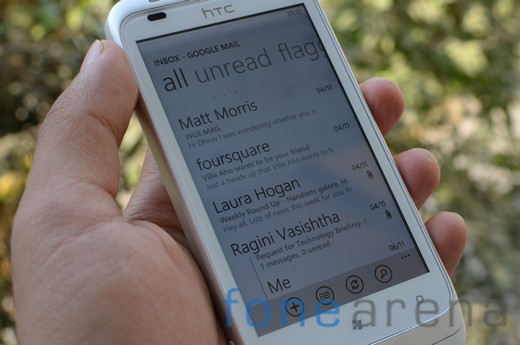 HTC Hub is essentially a weather app with an RSS Reader built in. Watch lets you stream movies though in our experience only trailers worked so you mileage might vary. Photo Enhancer as the name suggests lets you apply filters on images including those in your Facebook albums. Connected Media lets you stream your images / videos to a connected DLNA compatible device. Notes and Flashlight are self explanatory. 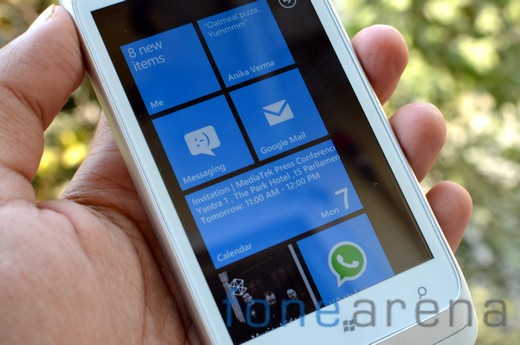 Mango makes it easy to uninstall preinstalled apps and you wouldn’t love much if you were to do so. It is possible to redownload them via the HTC Hub on the Marketplace.

The camera on the HTC Radar is fairly decent. The 5MP unit is also capable of capturing 720p HD video at 30FPS. 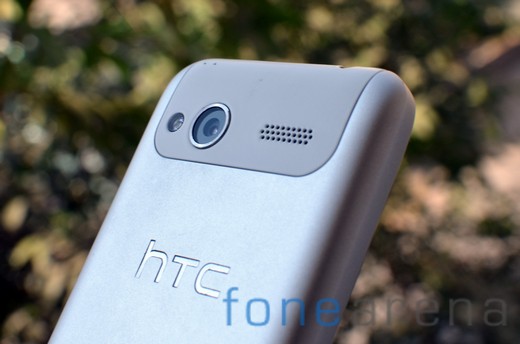 The f/2.2  and backside illuminated sensor do a good job in bright conditions but indoor and low light shots are predictably noisy.

A front facing VGA camera is also present for video calls. It does the job well to complete video calls over Tango but thats about it , do not expect to take great self portraits with it ! 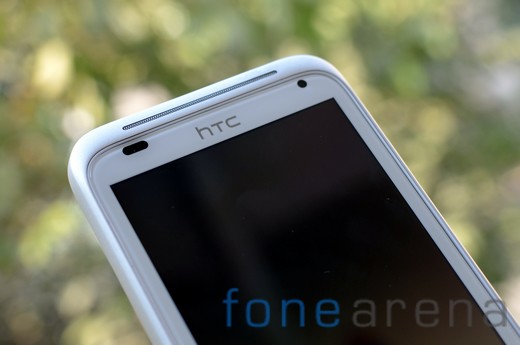 The HTC Radar does not have the latest specifications , nor does it have a massive screen but what it offers is a cohesive experience. The hardware fits wonderfully in the hand and the OS is a joy to use.

Over all , we were quite in love with the handset. It has to be said that both WP7 and the compact HTC Radar are not for everybody. Power users will still aim for the biggest , baddest Android flagship but for those who are looking for a phone which just works at a mid range price point , the HTC Radar will be a very good option.

1. 8GB of storage might be too less for some