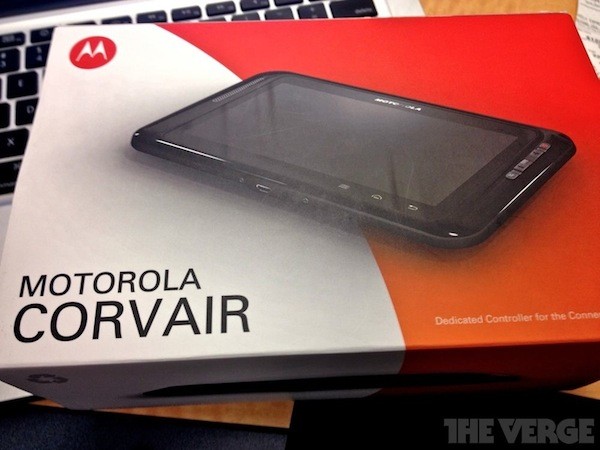 The tablet is said to be equipped with a 4000 mAh  battery which will enable several days of standby time. The WiFi equipped tablet runs on Android 2.3 and can be seen mirroring the television UI on its screen. Considering the low end price point being targeted for this , we don’t expect high end specs. We’re quite interested to see how Motorola innovates on this concept as it could lead to some very interesting applications and open up a new domain for Android tablets.