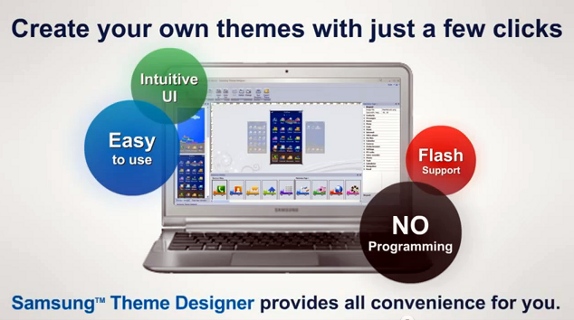 Samsung has launched a new version of the Theme Designer tool for bada developers. The Samsung Theme designer 2.0 now supports Wave 3 and Wave M, bada 2.0 devices and also has support for flash content (.swf). The authoring tool includes model specific pre-set information, image / animation / flash components, preview function, and sample theme templates. The process is less with the theme designer that includes simple steps in the stages of concept and design. The previous version, 1.0.5 was launched this May.

Go to Samsung Developers’ site and login to Download the Theme Designer 2.0 for bada 2.0. After developing the theme, the developers can easily submit their themes to the Samsung Apps store.