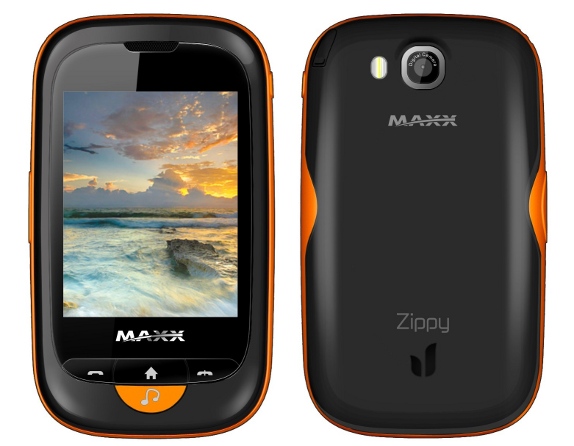 MAXX mobiles has launched a new Dual SIM Touch screen phone, MAXX ZIPPY MT105. The MAXX touch portfolio already include 2 phones, MAXX Scope MT150 and MT250. This is their 3rd touch phone, and it colorful and compact along with lots of multimedia features.

It comes with 4GB memory card that is pre-loaded with multimedia contentincluding music and videos and it supports expandable memory up to 8GB via MicroSD. It comes with a torch-light and has connectivity features like Bluetooth and USB Mass storage. It has 1000 mAh battery that offers talk-time up to 4.5 hours and stand-by time up to 350 hours.