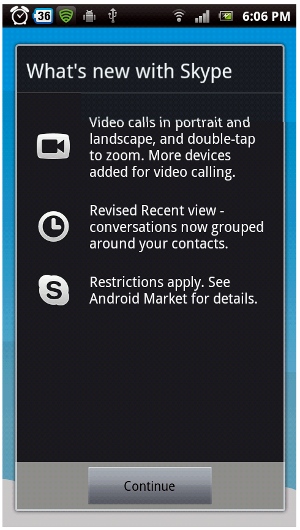 This version also has improved support for bluetooth headsets and number of bug fixes and performance enhancements video enhancements. Some of the other features include option to switch between portrait and landscape mode during video calls, and zoom in with a simple double tap on the screen, In-client advertising, conversations are now grouped around your contacts in recent view and option to edit and delete IM messages.

Download Skype for Android from the Android Market (2.1 and up) for free.