Earlier today the official Samsung Bada twitter account tweeted that they will be updating all the wave devices to Bada 2.0 in Q4. The devices in Europe will be the first to get updated starting from next month. 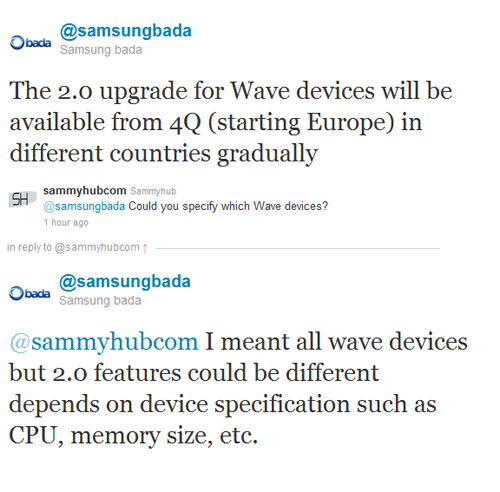 Samsung has confirmed that all the Wave devices will be getting the update but there might be some changes in the features depending on the hardware specs of different devices.