Apple has been behind companies manufacturing Android devices from a long time, they have sued every manufacturer having Android devices in their portfolio. Just last month Apple had filed an Injunction against the Samsung Galaxy Tab 10.1 which was valid only in Germany, today the Dusseldorf court has said that the Galaxy Tab 10.1 does infringe some of Apple’s patents. 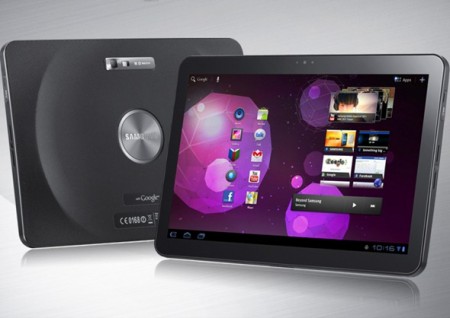 This is bad news for both Samsung and the people who were looking forward for the Galaxy Tab 10.1 release in Germany, in result of the patents being infringed, Samsung will not be allowed to sell any Galaxy Tab 10s in Germany. This will not be the final verdict though, Samsung has the choice to appeal to the Oberlandesgericht Düsseldorf (Higher Regional Court) in another fast track proceeding, if they don’t want to appeal then the main proceeding, the full lawsuit. At the end of the main proceeding, there will be a final ruling by the regional court.