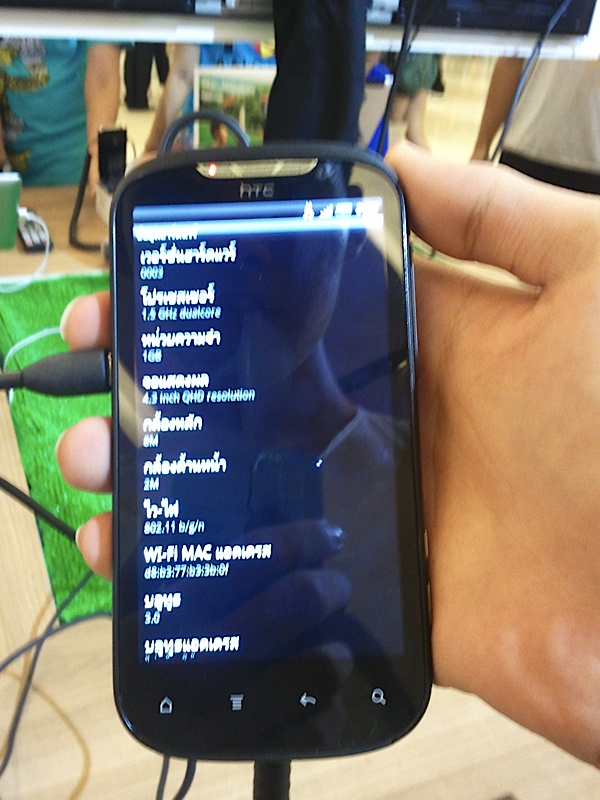 The phone you are looking at is the HTC Ruby. We had already shown you the leak when the phone was spotted in a reflection of the HTC Flyer’s screen. It might also be known as the HTC Amaze 4G on the T-Mobile USA network.

The phone has a 4.3″ display with qHD (540×960 pixels) resolution display. The other specifications are:

The prototype in the pictures doesn’t seem to have it installed. This could be due to the fact that T-Mobile branded HTC phones do not use Sense UI fully.