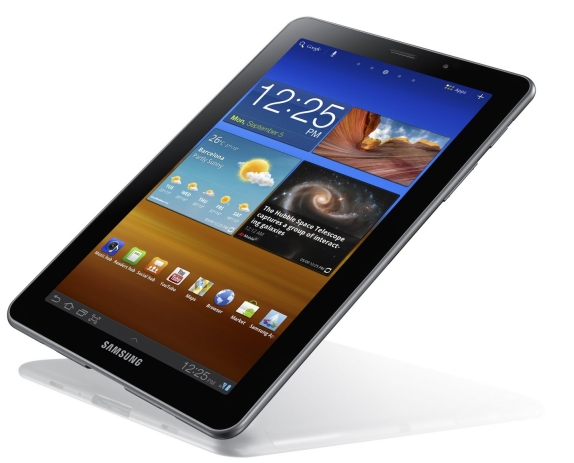 Samsung announced the Galaxy Tab 7.7 at IFA in Berlin and we have got hold of the specs of this impressive tablet. It’s the first tablet to feature the iconic Super AMOLED Plus display and it packs a 1.4 GHz Dual Core CPU. It supports HSPA+ networks upto 21Mbps. It weighs just 335 grams but packs a 5100 mAh battery. It runs on Android Honeycomb 3.2

No word on price or availability so far.