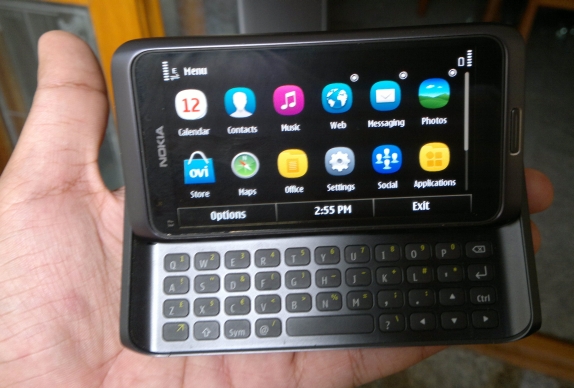 Nokia has announced that the much awaited Symbian Anna update is finally available for Symbian phones such as the N8, C7 , E7 and C6-01.  The update brings a new UI along with some improvements in messaging , maps and the browser. The update is available through Ovi Suite and as an Over The Air update.The Over the Air normally takes a bit longer to appear so you can try using Ovi Suite to check if your phone has received the update. The release also says that more than 10 Symbian phones will be launched in the next 12 months. The update is slowly rolling out to all countries . Have you updated your Nokia to Anna ? Let us know !

Symbian Anna significantly enhances the user experience on the Nokia N8, Nokia C7, Nokia C6-01 and Nokia E7. A new user interface, virtual QWERTY keypad in portrait mode, split-screen messaging, enhanced Nokia Maps, better web browsing and stronger security are just a few of the improvements that people will be able to enjoy. Symbian Anna can be downloaded using the latest version of Ovi Suite (version 3.1.1) on a PC, or over-the-air directly to your smartphone**.

“Nokia’s Symbian smartphones are used by millions of people around the world every day, addressing specific consumer needs and providing choices at many price points,” said Ilari Nurmi, Vice President at Nokia. “Symbian Anna represents a significant update to the experience those users have and demonstrates our ongoing commitment to Symbian, which will see up to 10 more phones introduced over the next 12 months, further updates to the user experience and support for the software until at least 2016.”

– User interface: Symbian Anna brings a fresh new look and feel to the Nokia N8, Nokia C7, Nokia C6-01 and Nokia E7 with crisp icons and multiple usability enhancements. Typing on the touchscreen is much easier with a split screen, so you can see message threads, webpages, contacts or email view while typing on the virtual QWERTY keypad – now also available in portrait mode.

– Near Field Communications (NFC): The Symbian Anna software update also activates the NFC hardware in the Nokia C7, so people can now simply tap their Nokia C7s together to share contacts, photos, videos and play games; easily pair with NFC-enabled accessories from Nokia and others; and read NFC tags to check-in and more

*The precise rollout schedule of the Symbian Anna software update varies from market to market.

**Method of delivery of the software update differs from market to market and operator to operator.

Symbian Anna key features:
– Virtual portrait QWERTY for fast, one handed typing
– Split screen view while typing; so you can see message threads, webpages, contacts or email
– An easier to use and faster browser, delivering quicker page loads and improved navigation
– Refreshed Nokia Maps including simpler search, new public transportation routes and the ability to check-in to Facebook, Twitter, Foursquare or local social networks
– A feature to share your location via email and SMS (even to non-Nokia phones)