Back in 2005 , Sony Ericsson launched a line of Walkman branded cellphones. The W550i and W800i were to make up for the shrinking market share of Sony’s Walkman line of music players. 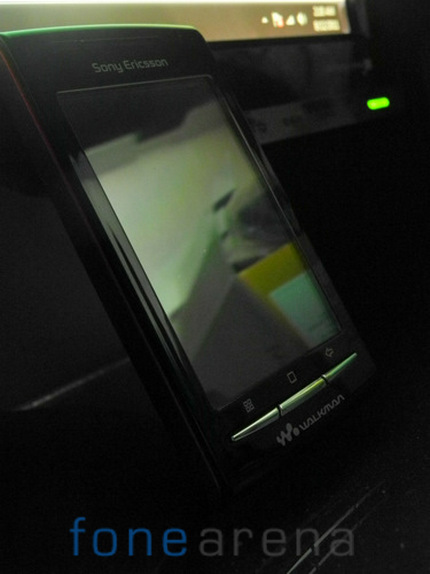 Extremely popular and bundled with great earphones , the Walkman series of phones became well known for their superior audio quality. Fast forward to 2011 and we finally have our first smartphone as part of the Walkman series. Here is the FoneArena Sony Ericsson W8 Walkman phone review

The Sony Ericsson W8 is a small phone and fits very well in the palm of the hand. Coming with interchangeable back covers the phone lets you chose between the rather bright orange and a much more sober black. The phone which weighs in at about 108gm is surprisingly thick. 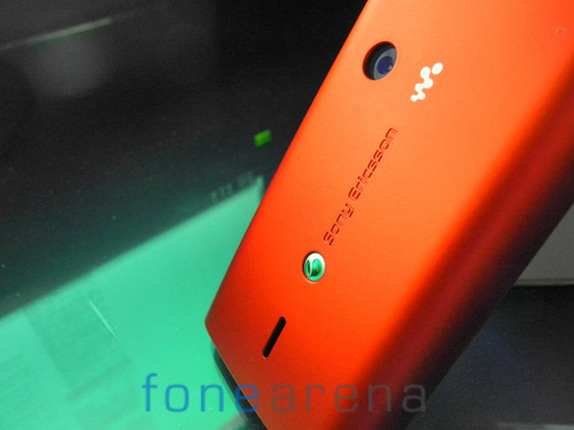 The W8 is basically the SE X8 but with some Walkman centric enhancements including an updated UI shell. The display here is a 3″ capacitive panel with 320×480 resolution. Curiously the display lacks multi-touch  capabilities which is definitely a downer. The screen is quite sensitive and we never had any problems while flicking across the UI. 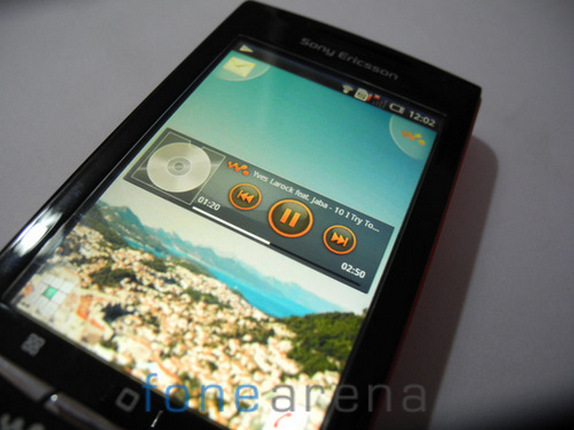 The screen has a yellowish tinge to it which makes everything look overtly warm.  Outdoor visibility was average as long as the brightness was cranked up. 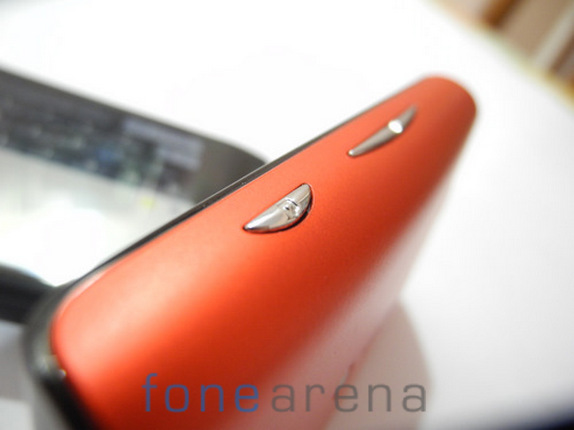 The right side of the phone has a camera button and a volume rocker divided into two parts for easy access. 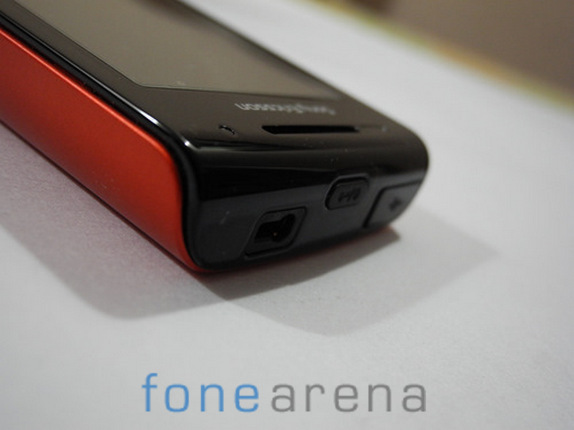 On the top we have a microUSB slot , a power key and a 3.5mm jack. The bottom and left sides don’t have anything to note. 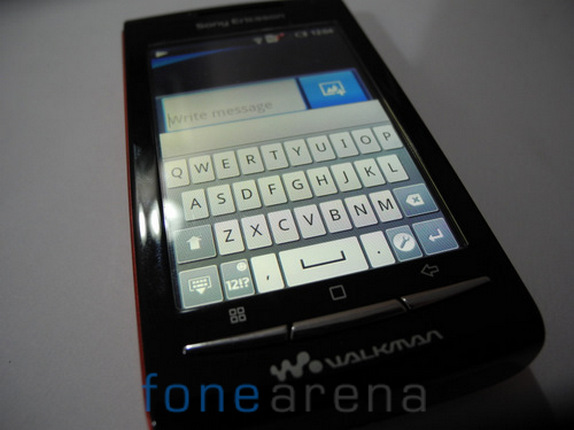 The front of the phone has three buttons which correspond to the menu , home and back keys. 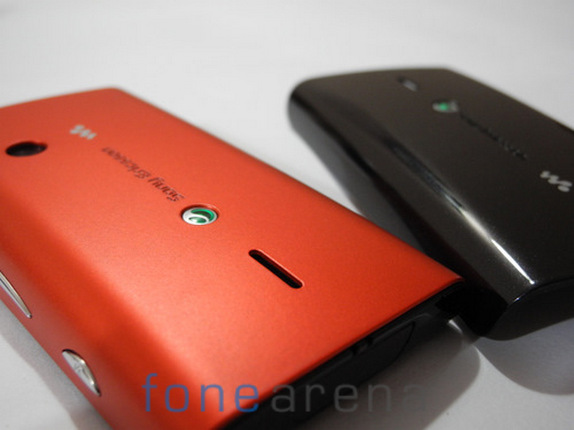 The phone comes with interchangeable back covers which are made of hard plastic.

The Sony Ericsson W8 runs on Android 2.1 with a custom UI thrown on top. It is definitely sad to see the archaic software build on the handset when most other phones are rolling out with Gingerbread onboard. 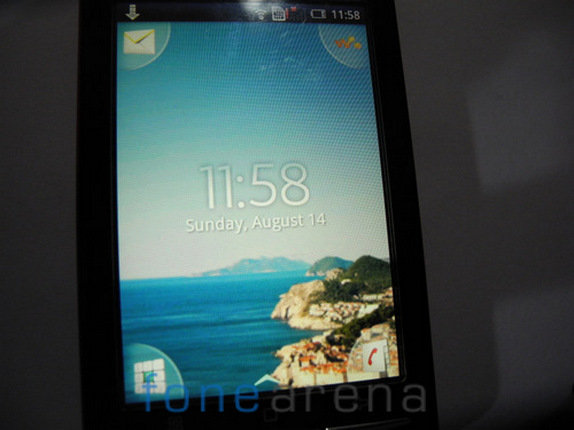 While we’re generally critical of any shells thrown on top of Android , the UI definitely improves here. With the tiny screen on the device , the corner activated approach works well. 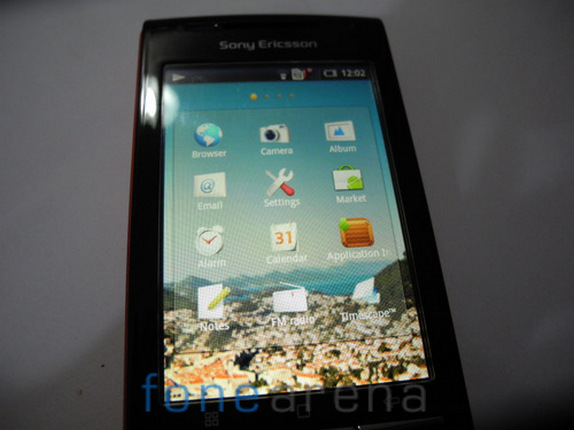 The shell adds four ‘shortcut’ buttons to the corners of the screen allowing you to directly jump in to some activities from the home screen. The remaining screen real estate is left for you to adds widgets etc. Owing to the small screen size you will not be able to add more than one widget per page.  The browser does a fairly good job and you should be able to view all but the heaviest of websites on the phone. The WiFi and 3G connections should help speed up things on that front.  Flash support seems to be missing and the lack of pinch-to-zoom detracts from the overall experience. All in all , a fairly decent experience for its price point.

The 3.2 megapixel camera onboard the Sony Ericsson W8 takes rather mediocre photographs. While it is difficult to expect a great camera in this price range , SE could have definitely included a better unit. A nice surprise was the smooth VGA video recording at 30FPS. Image samples embedded below : 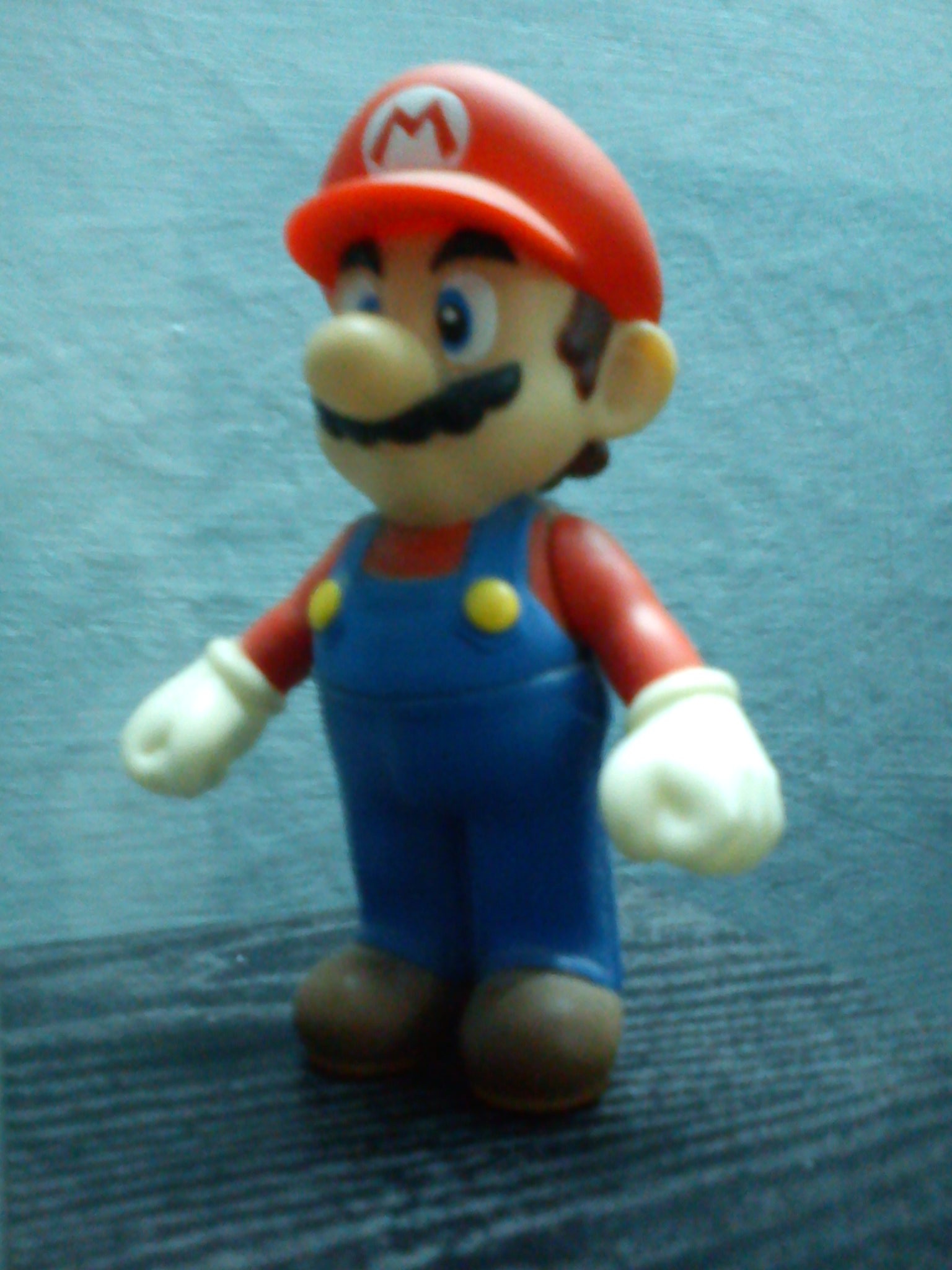 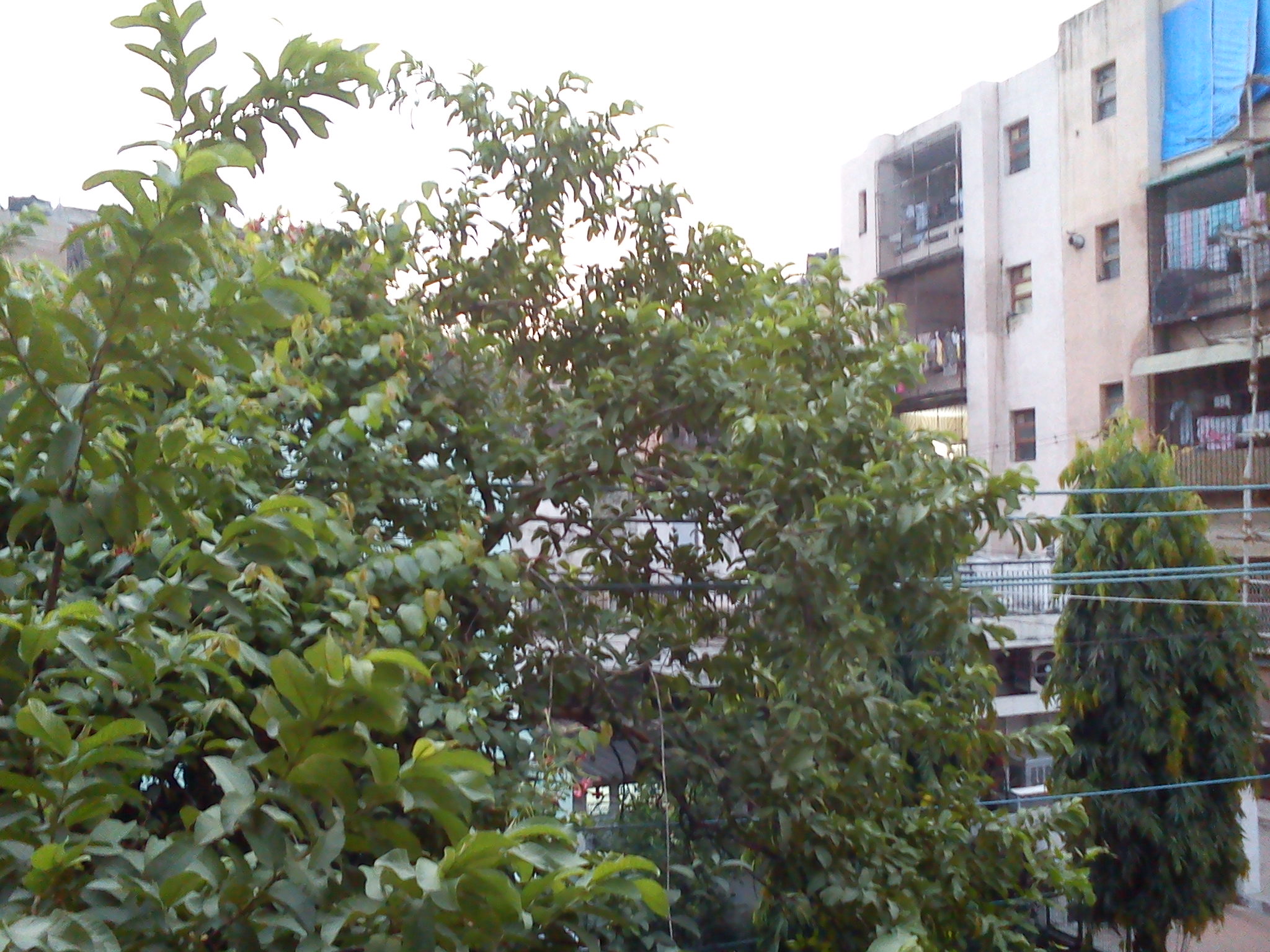 Being a Walkman device, music playback is the main reason to go for this device. The phone tends to be a mixed bag on that front. While audio quality was not particularly bad , it was nothing exceptional either. Without any dedicated audio circuitry , audio performances tended to be decidedly run of the mill. 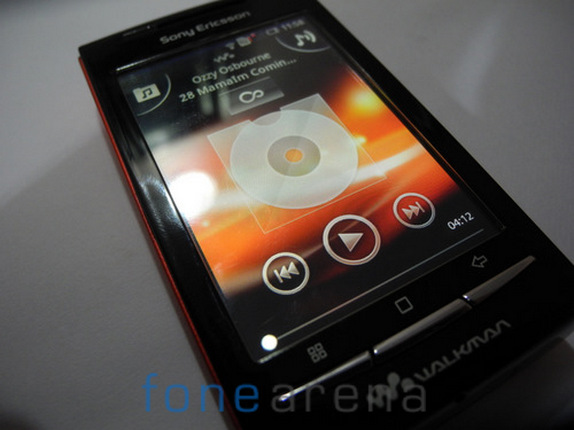 The Walkman music player software has all the standard features but strangely omits any form of equalizer. You can however download a vast range of alternative music players from the Android marketplace. 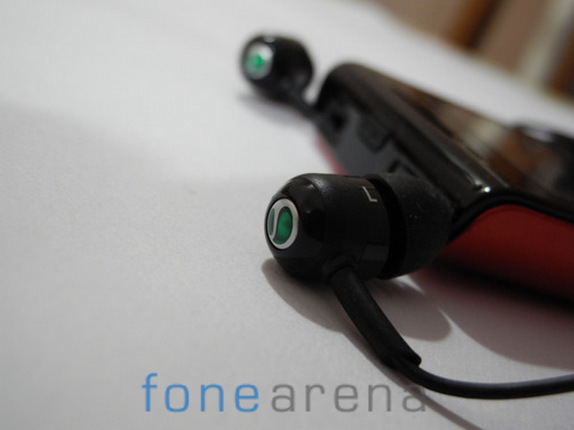 The nice pair of noise isolating head earphones bundled in are a pleasure to use. Interestingly , SE has also bundled in a pair of speakers with the phone. The speakers which run off the phone’s battery are surprisingly loud and clear. A moderate amount of bass is also present though the audio tends to creak at top volume. 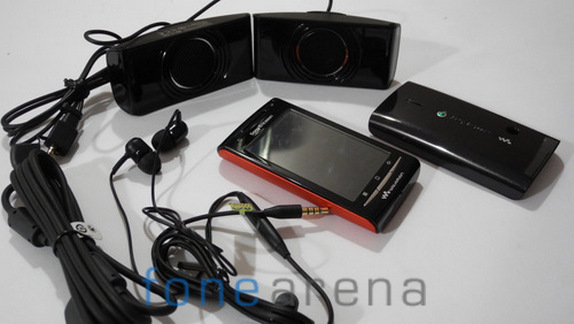 Worth noting is the fact that the inbuilt speaker of the phone is also one of the best we’ve heard in a while. Loud and clear , it can be easily used to play music aloud in a relatively quiet room. 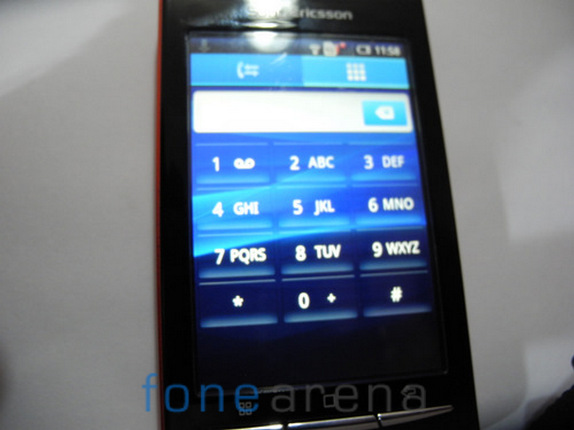 The 600Mhz processor surprisingly managed to keep the phone lag free even with the rather meager 168 MB of RAM.  Lacking a GPU , the W8 cannot compete with higher end Android devices in the gaming department but can play low complexity games like Angry Birds just fine. 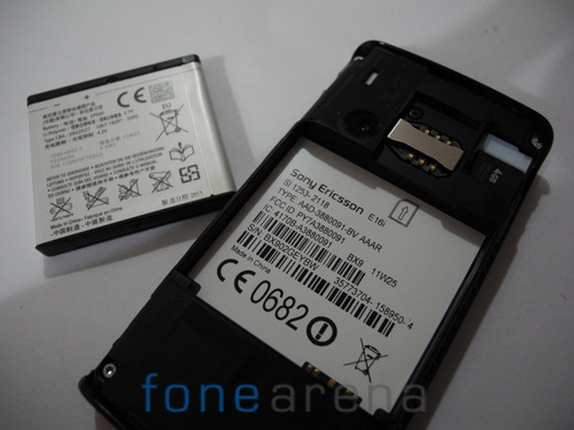 The 1200 mAh battery lasts about 6.5 hours of continuous usage while connected to a WiFi network continuously syncing email and listening to music.

The Sony Ericsson W8 is a nice and simple to use Android phone. It makes a lot of sense to go for it if you’re in the market for a low end Android device. The great in-ear earphones and the included speaker set definitely sweeten the deal. We’d definitely recommend it for someone who wants a taste of Android without breaking the bank. 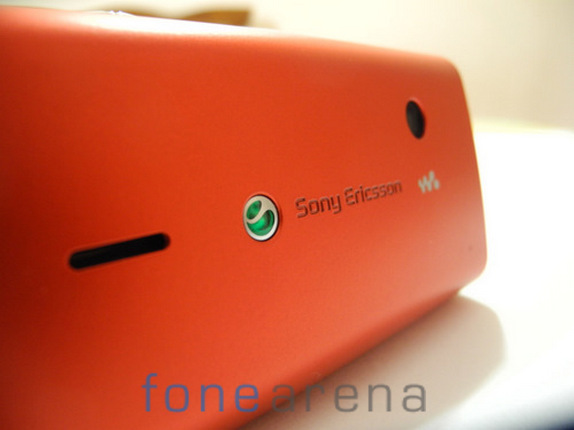 3. Lack of equalizers in the OS