Sony Ericsson has said on the Facebook page that the launch of Android 2.3 for X10 is getting closer and the approximate launch date is week 30 which is this week (25th July to 31st July 2011). The launch date may differ based on the approval of the market/operators.

We will keep you updated with the news about the update when it releases. Read the Sony Ericsson’s official statement below. 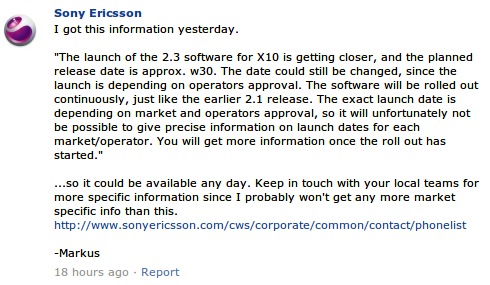