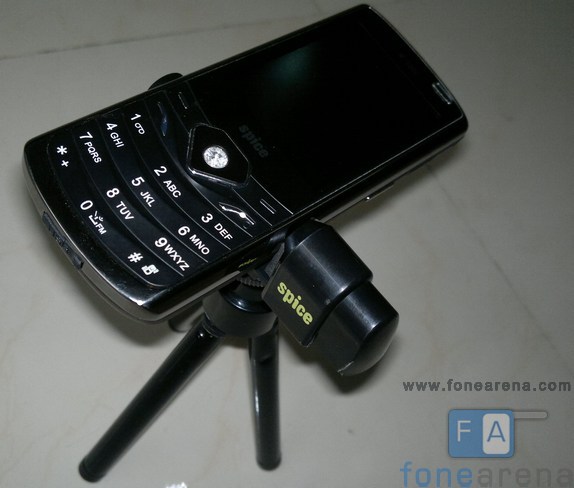 Spice Popkorn M-9000 is a Dual SIM GSM phone that is also popularly known as Projector phone. This phone was launched this March and it is one of the popular phones in the Indian Market for its projector. Other than the Projector, it also has Analog TV and Wireless FM Radio. 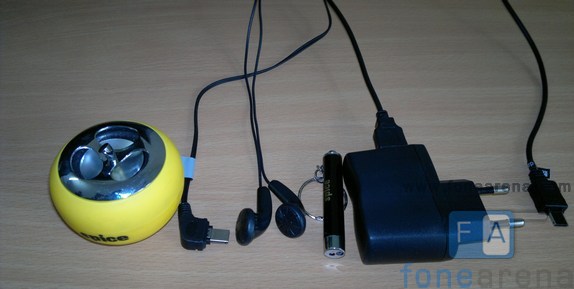 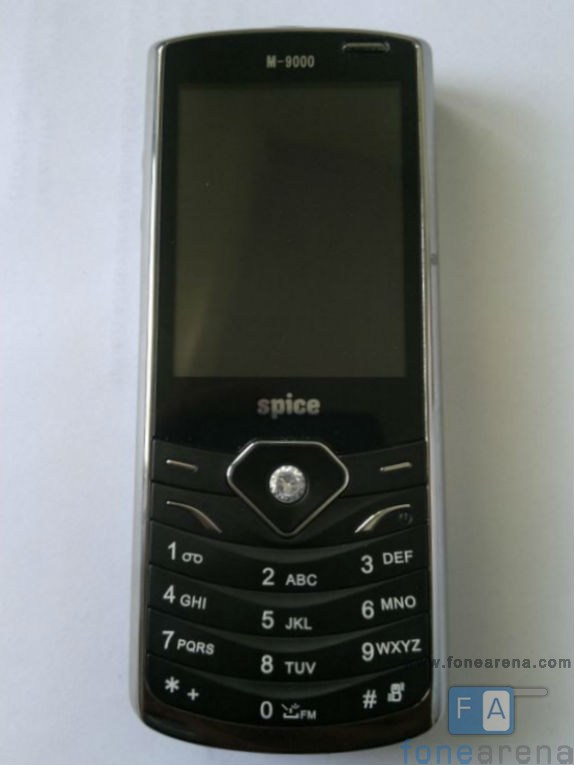 The first thing you notice about the device is that it’s a bit bulky. It is 17.3mm thick and weighs 123 grams . The phone has 2.3 inch (320 x 240 pixels) QVGA display. There is a microphone at the top and 4 way navigation key below the screen with the soft keys on both the sides. The dial and the disconnect/ power keys are below the soft keys.

It has a Numeric keypad with T9 text input. There 0 key acts as shortcut for FM radio that toggles on and off on long press. The # key toggles between silent and general profiles.

There are volume keys on the left side of the phone. 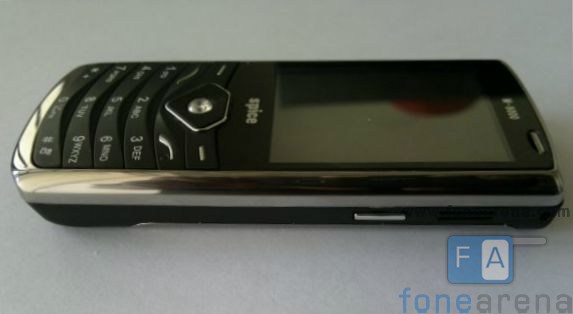 The projector button is on the right side of the phone, which is the only way to switch the projector on or off. 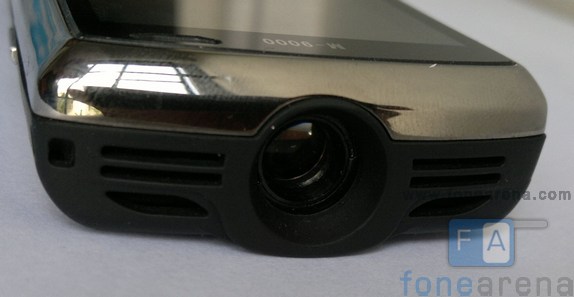 The projector is located at the top. 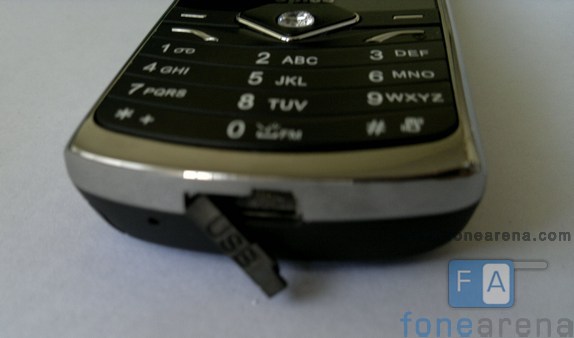 The USB slot is at the bottom with a cover, which connects to the proprietary Spice USB connector. The USB slot it deep inside the phone that makes it hard to connect the cable and the cable is also loose. The phone even charges from the USB and the mass memory is accessible via PC even when the phone is switched off.

There is a fine tune adjustment knob and 3.2MP camera at the back. The speaker grill is at the bottom. 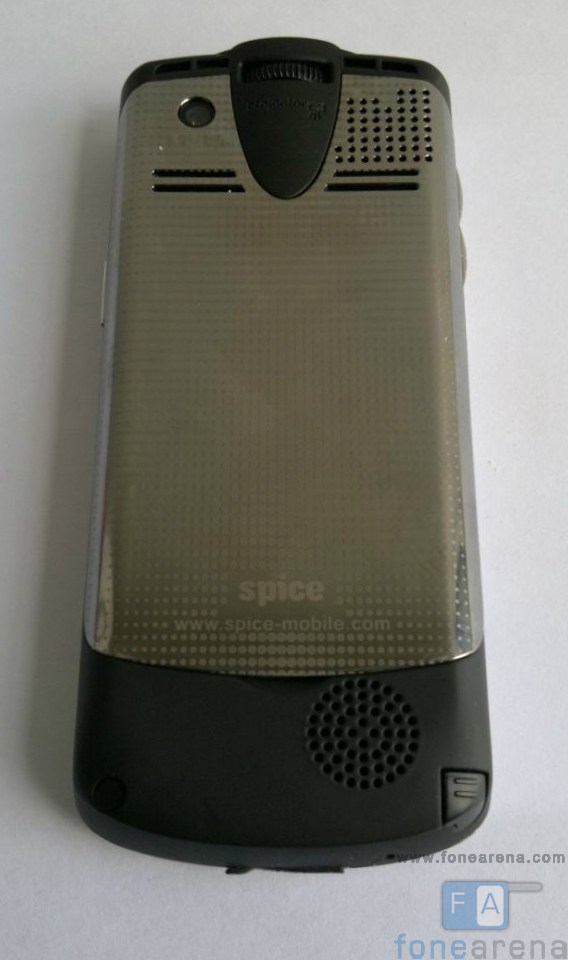 There is an antenna at the bottom left side next to the speaker which extends and is used while watching analog TV or listening to FM Radio. 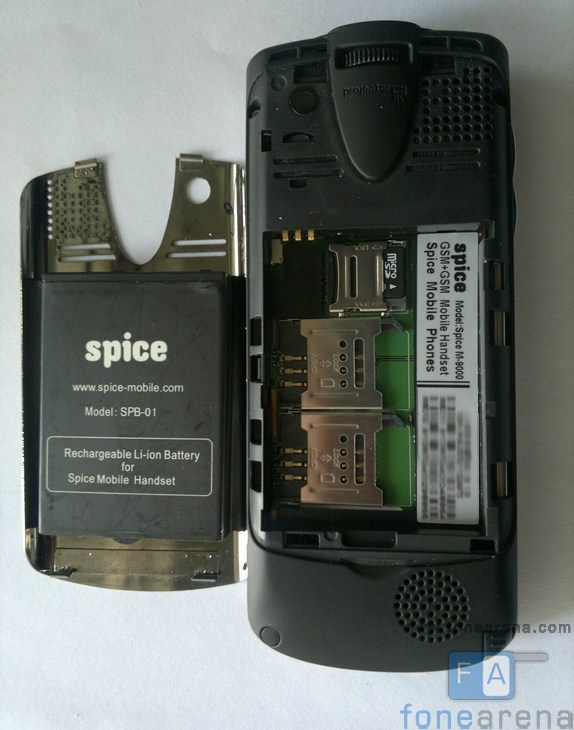 When you open the metal back cover there is a 1200 mAh battery and when you remove the battery, there is a MicroSD card slot that supports up to 8GB memory. The SIM card slot at the bottom is the Master / primary and other slot is for slave / secondary SIM cards. 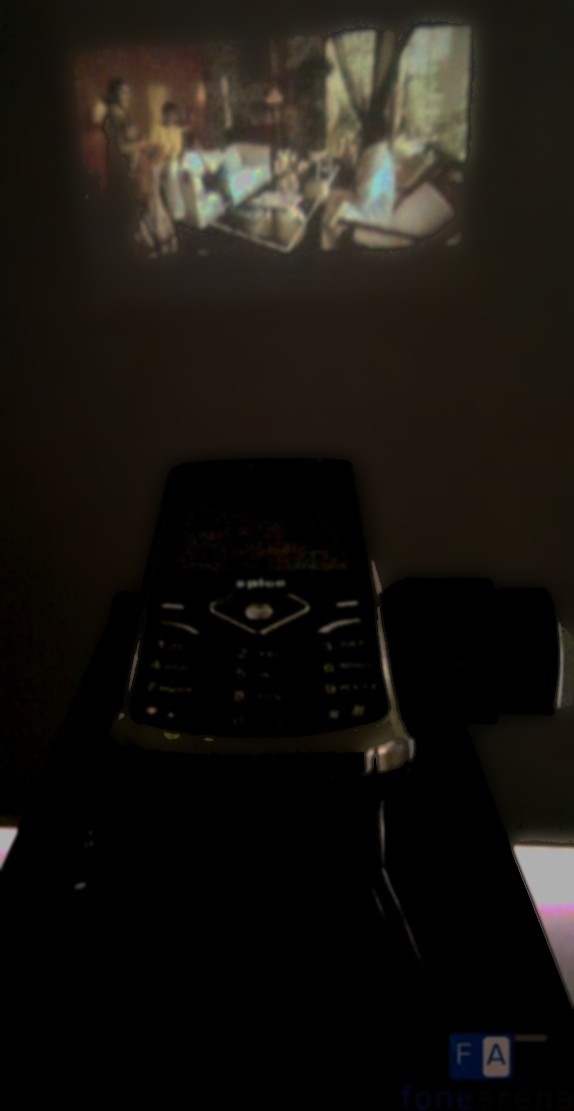 There are no options in the phone to control the projector such as changing the orientation of the screen, but the video, image and document viewer has full screen option which lets you view in the landscape mode. There is a hardware knob at the back that lets you fine tune the image.

To get good projection, place the phone at 4 to 5 feet away from the wall or a screen. It lets you project up to 35-40 inch wide image or video, above that the image is not clear. The room must completely be dark to get a perfect quality and the blacks are not that perfect while watching the videos or viewing images which could be managed. You could project continuously for around one and half hour after a full charge and the projector gets heated after some time, which is normal since it has a lamp.

Once you switch on the device, it shows the smart divert option that lets you divert the calls from either SIM card to another. You could disable it from the options.

This is a Dual SIM phone that supports Dual standby, so that you could call or receive calls from both the SIM cards. You could enable or disable either SIM cards from the Mulit SIM settings in the settings menu. To make a call from a particular SIM you must select the particular SIM from the options (Centre key) after dialing a number. There are also separate Message inbox for both the SIM cards.

The Navi key acts as shortcut to access the apps quickly and the functions could be changed from the dedicated key options in the phone setup in the settings. The contacts could be accessed directly from the home screen (Right soft key) or from the contacts menu. It supports caller groups, picture and ringtone customization for each contact. You could store up to 1500 contacts and 1000 SMS on the phone.

The camera could be accessed from the multimedia menu, the quality is below par for a 3.2MP, since it has small sensor and the image looks like 1MP camera without much details in the picture. It also has video recorder that records videos in .Mpeg4 and .H263 formats and an image viewer to view the images in full screen.

The video player is great and plays most of the formats such as 3gp, mp4, avi, rmvb, rm, flv and H.264. You could watch the videos in full screen by pressing * key while playing, play/ pause with the OK key in the centre and forward or rewind by pressing the forward or back navikey, but you can’t forward or pause the video in full screen mode.

The audio player supports mp3 formats and the built-in speaker is loud enough. The bundled headset is not great, but you could use any 3.5mm headset by using the converter that is provided in the package.

It has FM Radio that comes with wireless playback with scheduled FM recording and the quality is good. The analog TV lets you watch free to air TV channels which is mostly DD channels. You need to pull down the built in antenna to listen to the FM Radio or watch Mobile TV.

It has MS Office app supports .doc, .xls and .ppt and even Microsoft 2007 files like .docx, .pptx and .xlsx . You can zoom into the file by pressing 1 numeric key and use navi keys to navigate in a page and use volume keys to shift to next and previous pages. You need to download the Fonts file from the Spice site and copy it in the Ebook folder in the phone memory to view the docs in the MS Office. The document files needs to be placed in the Reader folder in the phone memory. It can only read the documents and cannot edit them.

It also has different user profile options. There are also basic apps in the Organizer, such as calendar, Alarm and world clock, calculator, currency converter and stop watch that are handy.

The Spice Popkorn does a decent job in the department of projector and it could be used occasionally for projecting the movies and documents. The bundled accessories like Tripod, 3.5mm connector and speakers are much useful.Even though it’s bulky and has poor camera, these things could be sacrificed for the projector and a reasonable price.