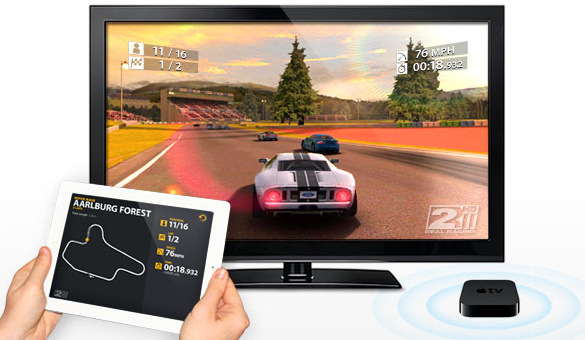 iOS 5 was announced at WWDC this week  would bring lots of exiting features, including wireless AirPlay support. Firemint has announced that the Real Racing 2 HD would be the first game to support wireless gaming over Airplay for iOS 5 devices.

The Real Racing 2 HD was launched this march, and it already supports Full HD 1080p via TV-out, steering and handling control with gyroscope and dual screen gaming with real-time racing telemetry support on iPad 2. The controls are also designed specifically for iPad’s large screen.

The new version would allow you to play the game wirelessly using AirPlay on a large screen TV that supports border-less Full HD 1080p display and 3D graphics.

New Real Racing 2 HD with the wireless gaming support would be launched after the launch of iOS 5.