Samsung today confirmed the launch of Galaxy M04, the company’s new budget smartphone in the M series, in India on December 8th. The teaser confirms up to 8GB of RAM with the RAM plus feature, so it should pack up to 4GB of RAM with 4GB of additional virtual RAM. 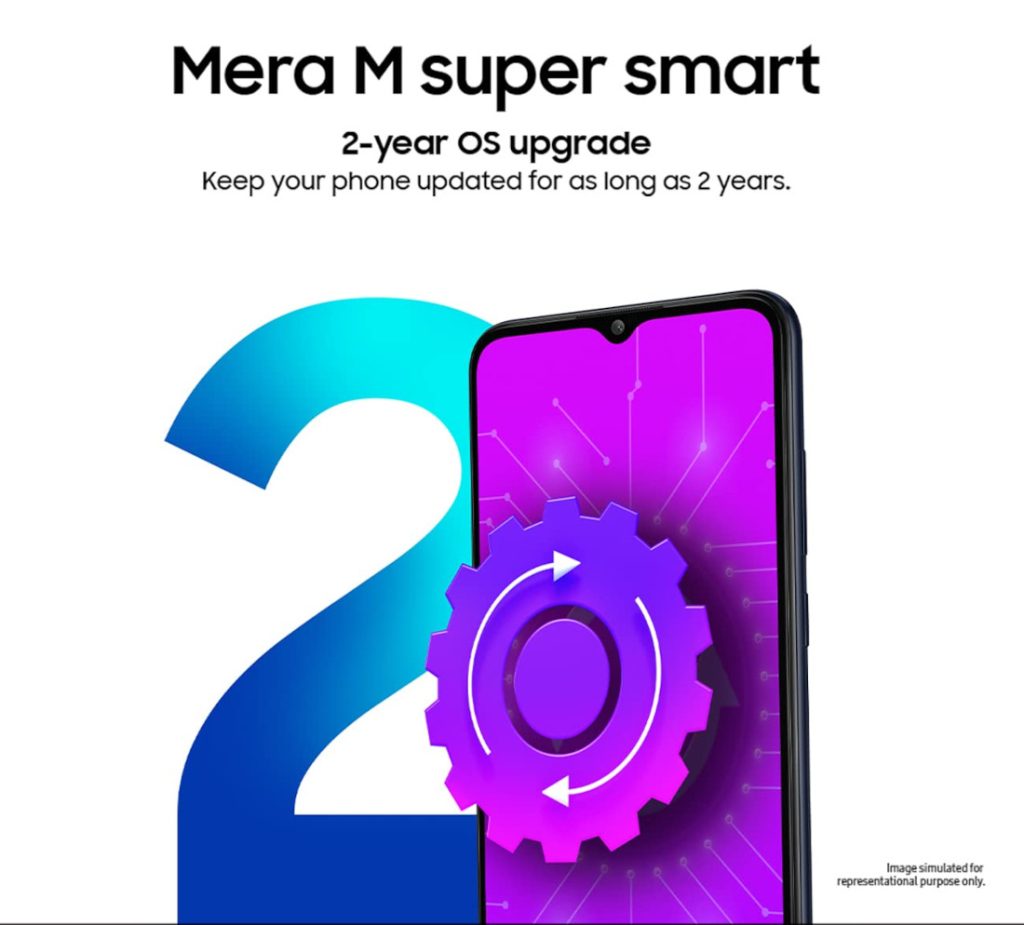 The Galaxy M04 has a similar design has the Galaxy A04 which was introduced a few months back, so we can expect a 6.5-inch HD+ Infinity-V display, Octa-Core SoC, 50MP + 2MP rear and 5MP front cameras and a 5,000mAh battery.

We should know more details including the final price of the phone in India when it is launched in the country later this week. The Samsung Galaxy M04 will be sold on Amazon.in, in addition to Samsung India online store, and should also be available offline.