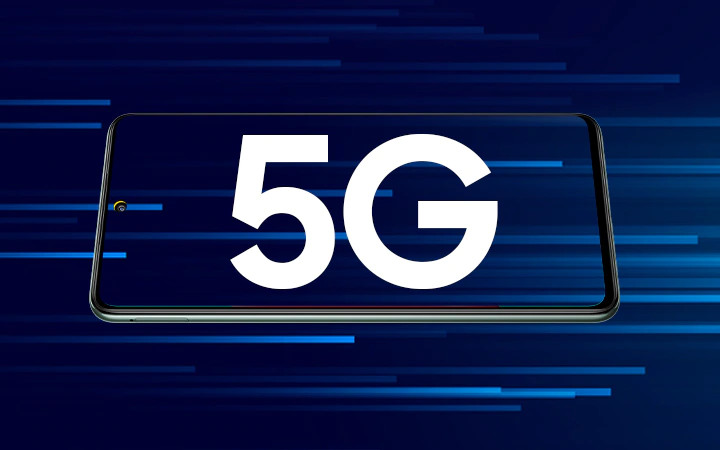 Rumours about the Galaxy M54 surfaced last month, which said that the phone will use Snapdragon 888 SoC. Now the Geekbench listing of the Galaxy M54 (SM-M546B) has surfaced, which reveals the chipset model number as S5E8835 which should be Exynos 1380, the successor to the Exynos 1280 with the model number S5E8825 present in the Galaxy A53 5G.

This is a change from the Dimensity 900 SoC used in the Galaxy M53. To remind you, the Galaxy M52 was launched with Snapdragon 778G. Samsung keeps changing the SoCs in the mid-range M series every year. 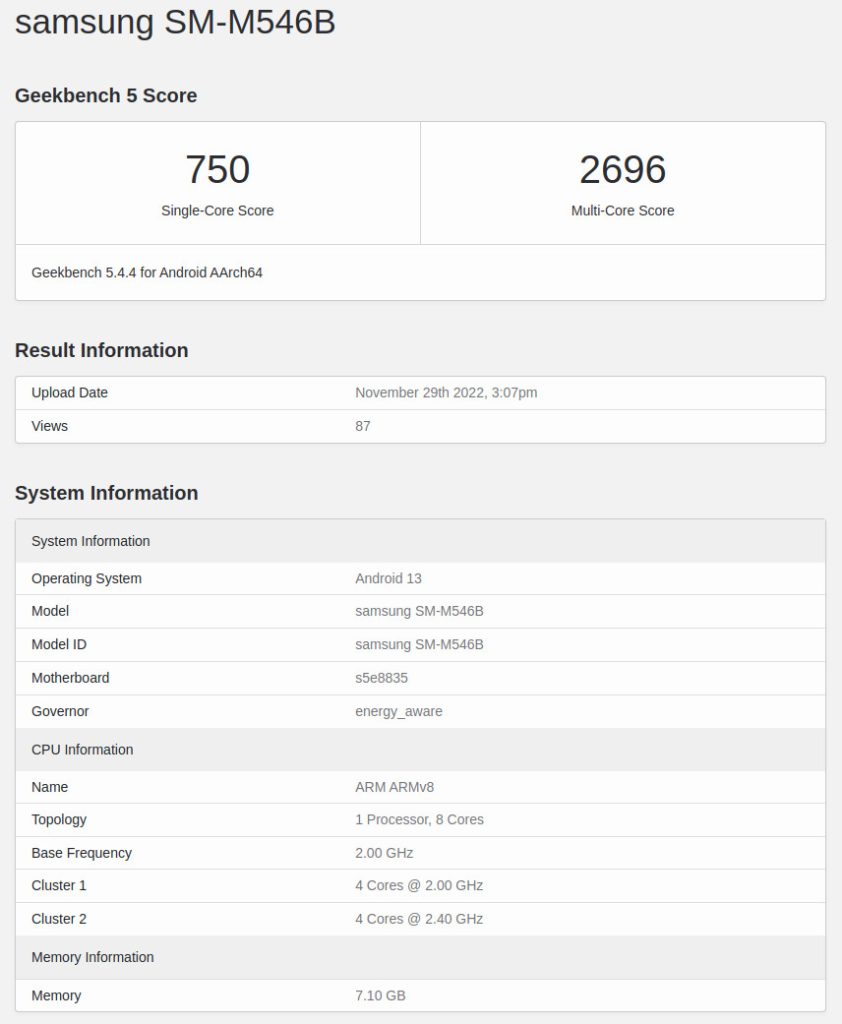 As you can see, 750 Geekbench single-core and, 2696 multi-score scores are better than the Galaxy M14 (SM-M146B) which will be powered by Exynos 1330 which has scores of around 750 for single-core, but the multicore scores are just 2051. However, the Snapdragon 778G SoC is slightly better.

The listing also reveals that the phone will come with 8 GB of RAM and run Android 13 out of the box. Based on earlier rumours, the phone will pack a 6.67-inch Full HD+ Super AMOLED display, 64MP primary shooter, a 12MP ultra-wide lens, a 5MP macro lens, and a 32MP selfie camera.

The Galaxy M54 is expected to have a 6000mAh battery with 25W fast charging support. We should know more details in the coming months, before the phone goes official sometime in early 2023.