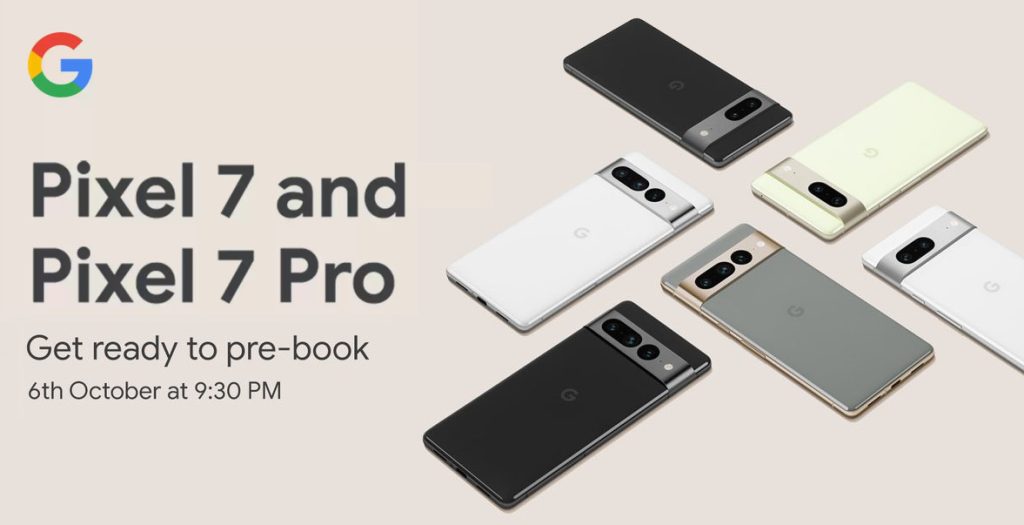 Update: Google has confirmed that it will start pre-orders for the phones on Flipkart October 6th at 9:30PM IST, the same day as the launch event.

nbd just our heart skipping a beat cuz the wait is almost over! Pixel 7 Pro and 7, coming soon to India.

Ahead of announcement on October 6th, Flipkart listing has confirmed the launch of both the Pixel 7 and Pixel 7 Pro models in India. However, it just says coming soon, so it is not clear if it will be available along with the US and other countries, just like the Pixel 6a.

Based on latest rumours, Google is expected to begin the sales of Pixel 7 and Pixel 7 Pro phones from from October 18th.

The Pixel 6a which was launched for Rs. 43,999 will be available for as low as Rs. 27,699 for the Big Billion Days sale on Flipkart. So, are you planning to wait for the Pixel 7 series which will be costly or go for the Pixel 6a?

Update: Google has also confirmed the launch of Pixel 7 series phones in India.