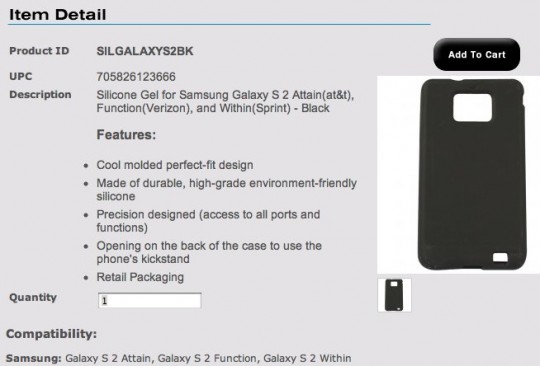 Samsung has already released their flagship Galaxy S II in most of Europe and Asia. but it has yet to hit the North American market. The picture above shows a leak stating the three variants of the Galaxy S II in USA.

There is no mention of the T-Mobile version. This maybe because it might be getting a different device and hence the case wont fit it. Or maybe it isn’t coming to T-Mobile or might be releasing later.