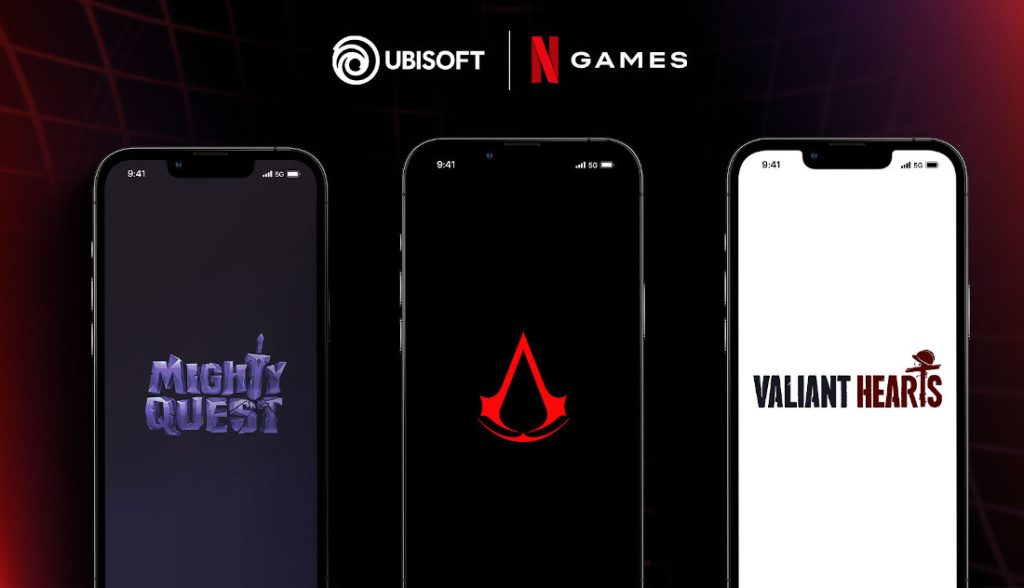 Netflix and Ubisoft at Ubisoft’s annual digital event, Ubisoft Forward announced a partnership to develop three mobile games. Netflix continues to build a catalogue of mobile games for its members around the world. The three games will expand on the Valiant Hearts, Mighty Quest and Assassin’s Creed universes.

The new Valiant Hearts game will be a sequel to Ubisoft’s multi-award-winning game Valiant Hearts: The Great War. It will be directed by the original core team and will retain the same DNA while featuring a new story.

The new Mighty Quest will draw inspiration from the roguelike genre to deliver an experience that celebrates the series’ premiere hack-and-slash combat in a fresh and highly replayable format.

These games will be available exclusively on mobile to Netflix members around the world, with no ads or in-app purchases, starting from 2023. More details about each game will be announced at a later date.