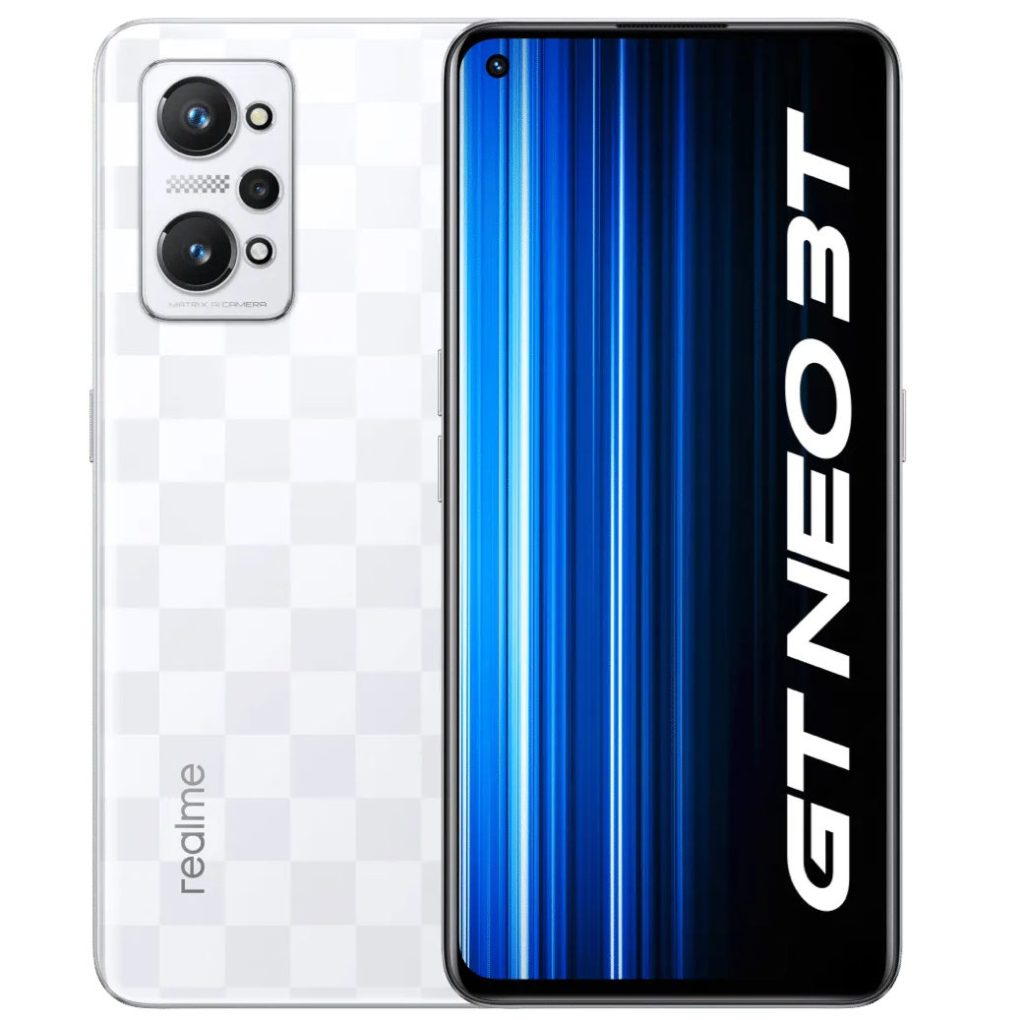 After teasers, realme today confirmed the launch of realme GT Neo 3T in India on September 16th, after it was introduced in Europe. The teasers confirm 80W SuperDart Charge, and the company says that it is capable of charging 50% in just 12 minutes.

realme said that the GT NEO 3T has been designed by the realme Design Studio, taking inspiration from the black & white racing flag representing speed and victory. 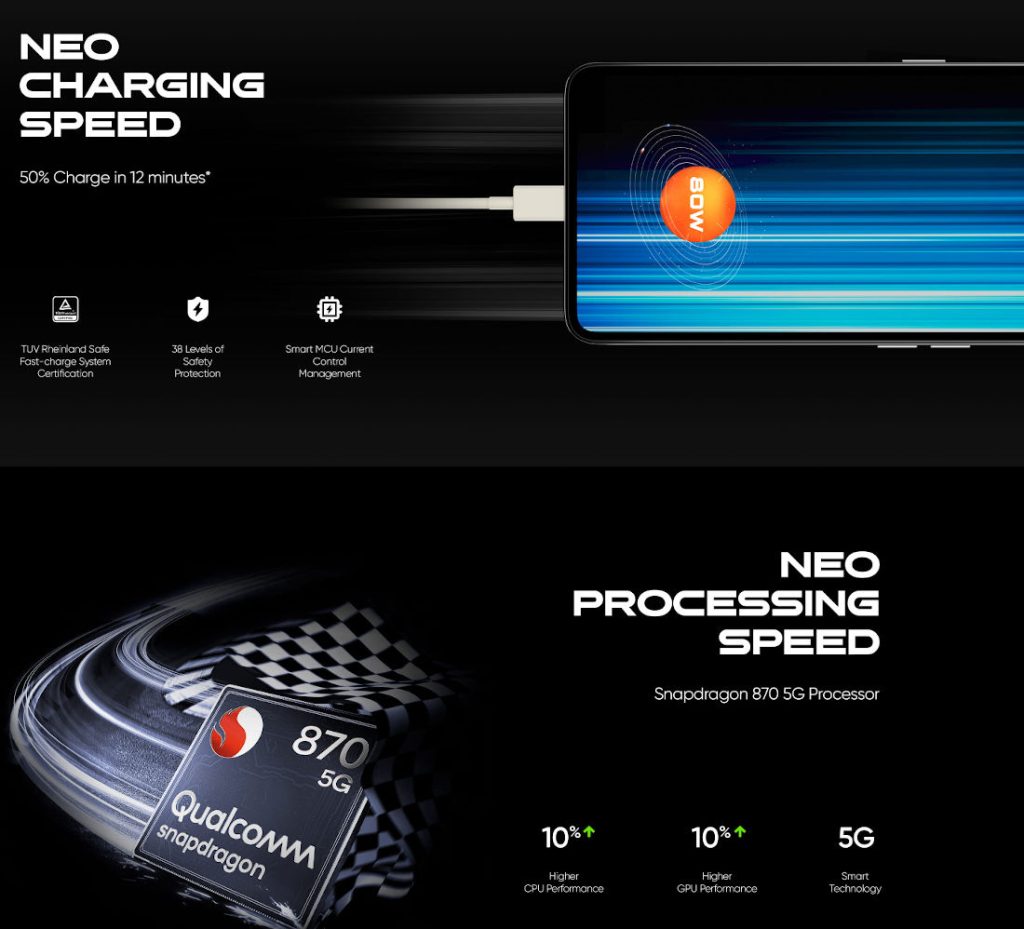 The teaser shows Snapdragon SoC, and we already know that the phone is powered by Snapdragon 870 SoC. This has similar specifications as the realme GT Neo2 which was launched last year, but the rear design is different, and the 65W charging has been upgraded to 80W.

The realme GT Neo 3T will be sold on Flipkart and realme.com, in addition to offline stores, and sould go on sale as a part of Flipkart’s Big Billion Days specials. We should know the price of the phone when it goes official next week.