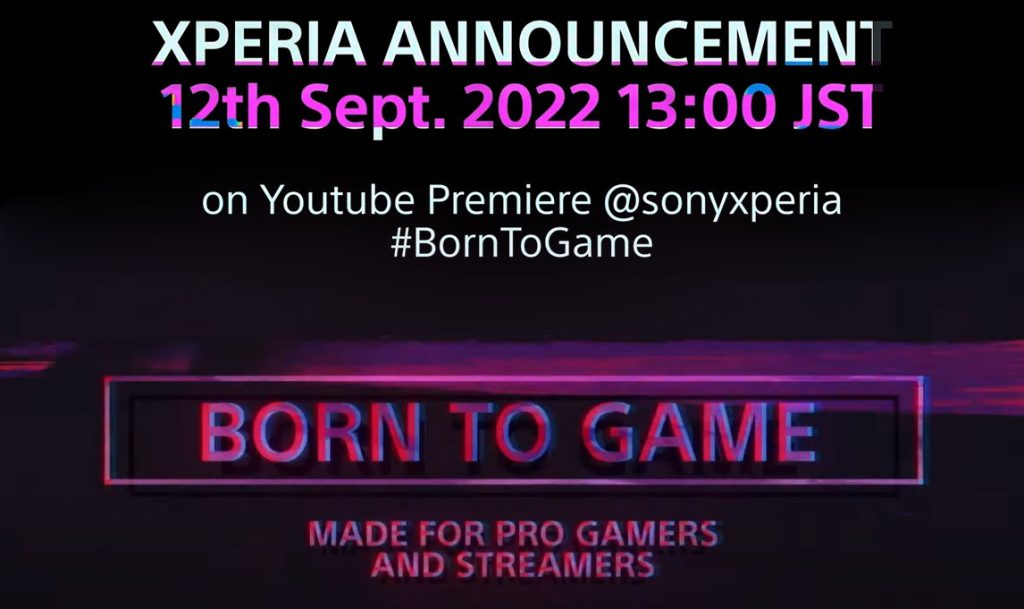 Sony just introduced the Xperia 5 IV, a new compact flagship, and it now appears that the company has much more in store for us. Sony Xperia has scheduled a product announcement for September 12 at 13:00 JST (9.30 AM IST).

The brand has dropped hints about the product by using the hashtag #BornToGame on social media. The following statement was included in the tweet that contained a brief teaser video that was sent by the official Sony Xperia Twitter account: “Born to Enjoy the Game Developed specifically for the use of professional gamers and streamers.”

​​It also says, “Were you born to game? Witness an evolution in player experiences for Sony’s Xperia”

The product remains a mystery. We anticipate that this will be a gaming smartphone, as the Xperia social handle gives us this teaser. It could also be a smartphone gaming accessory announcement, which was also teased in the video.

More information should be available in the following days. The event will be premiered live on the Sony Xperia official YouTube channel.