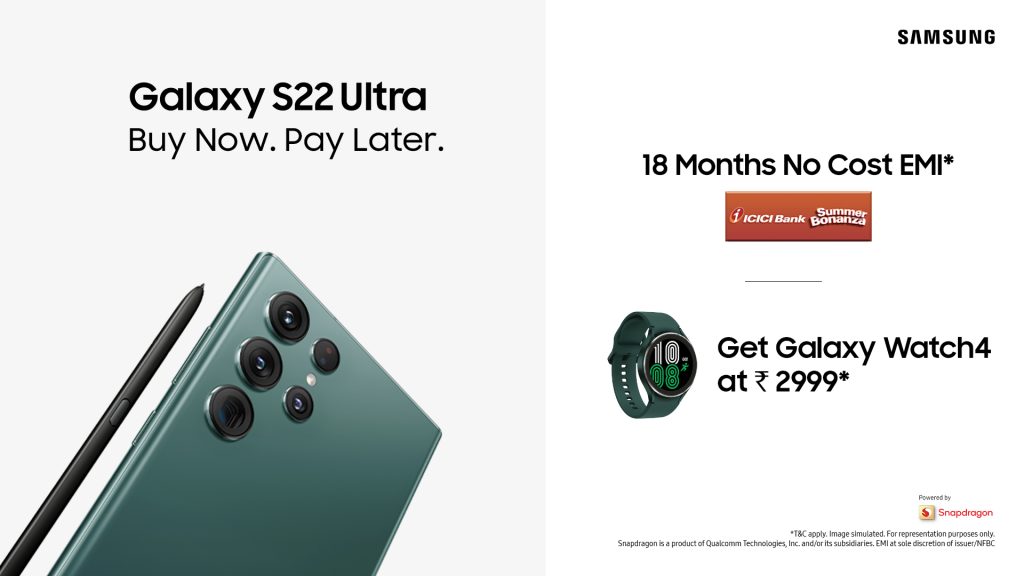 Samsung India today introduced the first-ever “Buy Now, Pay Later” option on its flagship and foldable devices, giving its customers a simple and flexible ownership choice for their high-end devices. The offer is applicable to the flagship devices such as the Samsung Galaxy S22 series, the Galaxy Z Fold3 5G, and the Galaxy Z Flip3 5G.

Given the pricing of Samsung’s flagship devices, this offer would help Samsung fans get their device with flexible buying options.

Customers who choose the Buy Now, Pay Later option only have to pay 60% of the total amount in 18 equal monthly payments, with the remaining 40% to be paid in one single payment at the end of the 19th instalment. Customers with a minimum credit limit of Rs. 1.5 lakh are also eligible for this promotion. 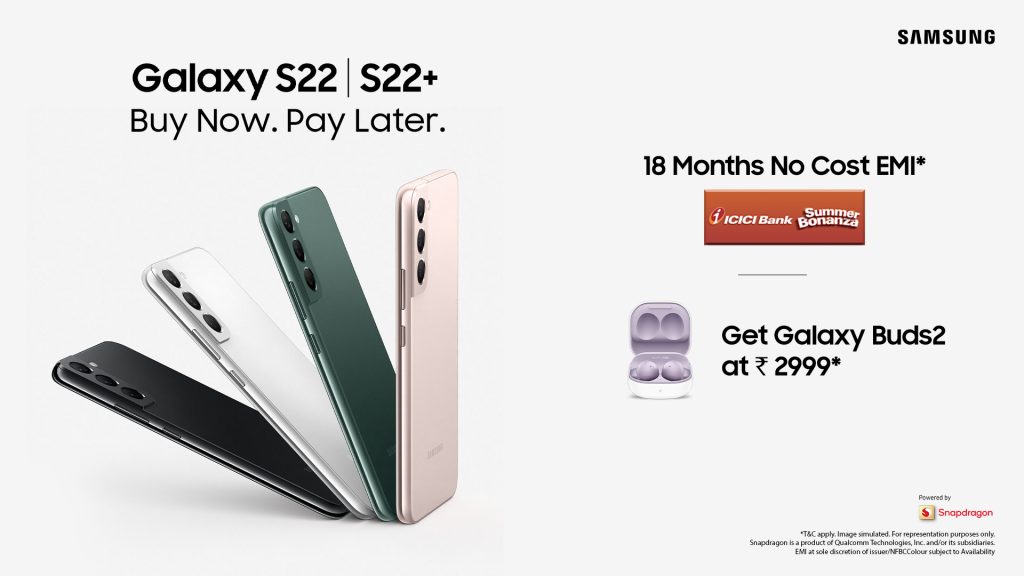 The promotion is open to cardholders of ICICI Bank Credit Cards and can be availed at retail outlets including Samsung store across India.