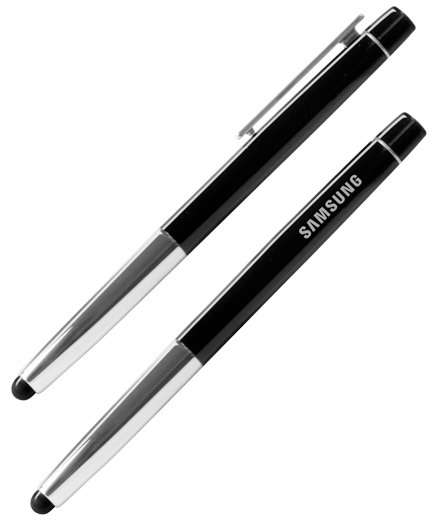 Samsung Galaxy Tab is around from almost a year now and it’s known as one of the best selling Android tablets. Galaxy Tab gave Apple iPad a very hard time, and now the successors of the tablet are also coming out in few months. Some Galaxy Tab users are little jealous of the new HTC Flyer, which is HTC’s first ever Android tablet. Reason is that the tablet comes with a stylus and the stylus enables the HTC Scribe feature, which is an amazing feature. Well, if you also want stylus for your Galaxy Tab, then don’t worry because Samsung has launched a stylus for Samsung Galaxy Tab and the stylus features an elegant pen-looking design.

If you want one then Samsung is offering it for $19.99 which is I think a reasonable price. There is only one review of it and the user gave the stylus 5/5, which means that the experience is not bad at all. So Galaxy Tab owners are you going to grab one stylus for your tablet or you are looking for HTC Flyer?