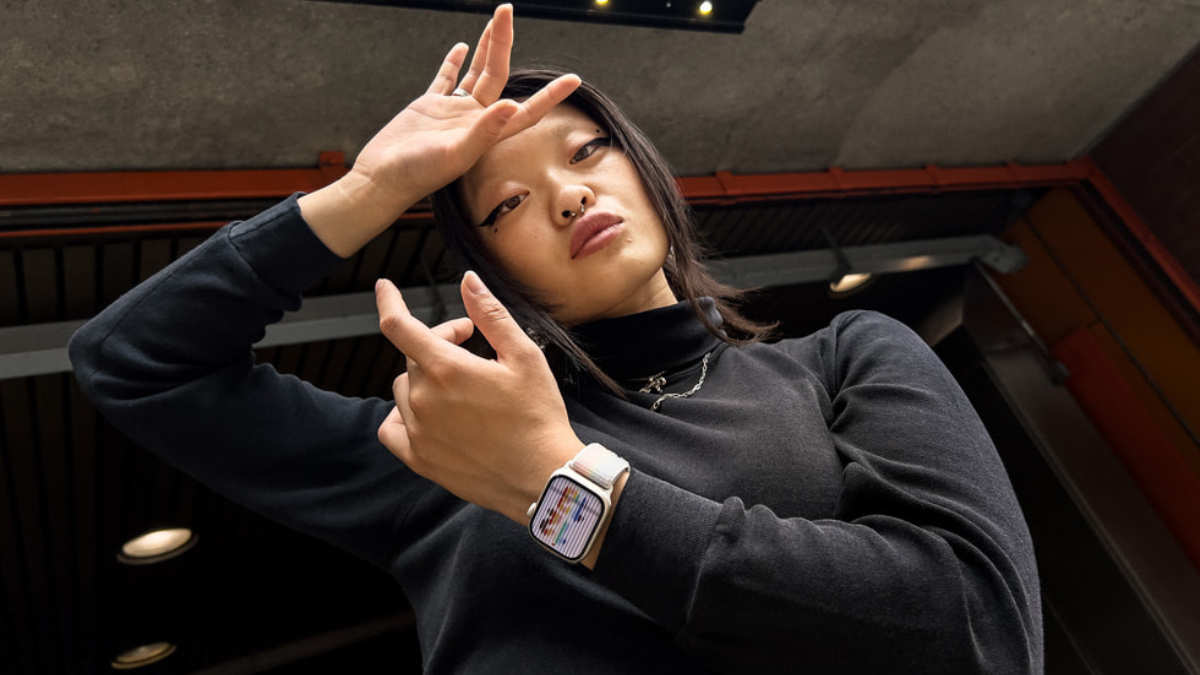 Apple has launched two additional Pride Edition bands featuring dynamic Pride watch faces in appreciation of the global LGBTQ+ community as well as the equality movement to mark Pride Month in June. Additionally, the corporation is introducing a new “Shot on iPhone” pride campaign on Instagram, which will constitute the core of worldwide LGBTQ+ artists and figures.

Apple has employed a novel technology to remove many of the band’s double-layer nylon-woven textile loops, revealing the word “pride” in a handwriting style inspired by the firm’s iconic “hello” greeting, which was featured on the first Macintosh in 1984.

Transgender and gender-nonconforming pride flags, as well as black and Latino pride flags, were incorporated into the color gradient utilized by the watch’s designers, as well as the original rainbow color scheme. People living with or who have died from HIV/AIDS are also represented by the different shades of color.

Apple has also introded a new watch face which mimics the braided loops of the Sport Loop as a way to celebrate Pride month. Bright ‘threads’ make up the watch face. Moving the colorful threads is as simple as rotating the Apple Watch, tapping the touchscreen, or even raising the user’s wrist. In addition, consumers will also be able to try out the new matching watch face with the help of an App Clip that comes with the band.

Along with the newest Pride Edition Nike Sport Loop, Apple has also introduced the Nike Bounce face, which matches the band’s rainbow color scheme. The Sport Loop honors those that expand sports for future generations and inspires others to be themselves. Nike’s Be True collection focuses on LGBTQ+ acceptance, activism, inspiration, and education.