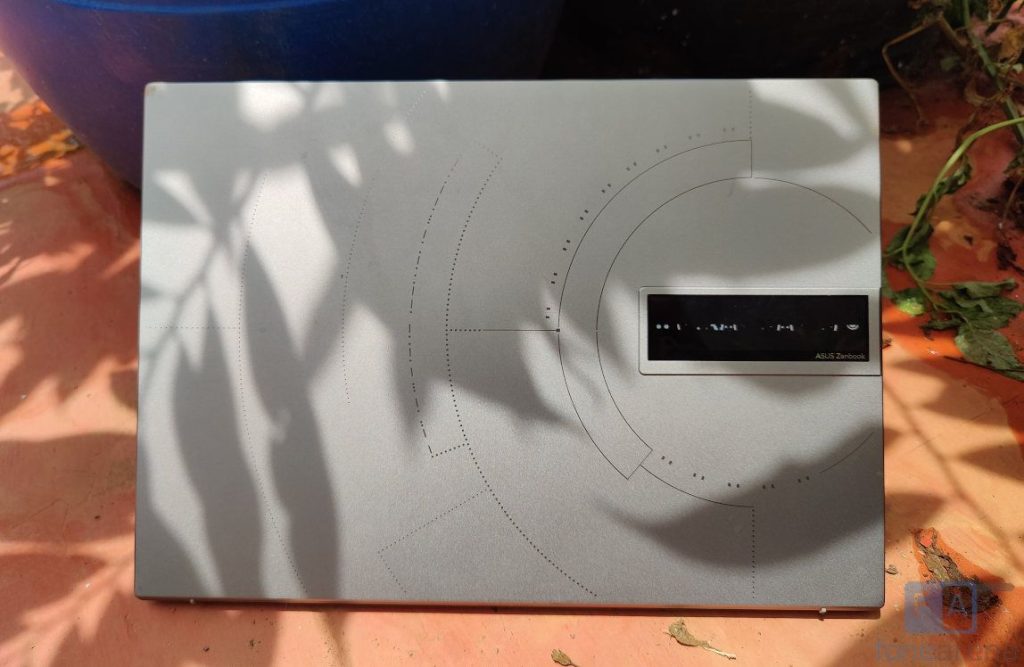 Well, it’s been 25 years since the ASUS P6300 laptop went on a journey to space to be on the MIR space station. In fact, the P6300 spent a solid 600 days in orbit before returning to the earth unscathed.  To commemorate the 25th anniversary of the first ASUS laptop sent into space, the Taiwanese company recently launched ZenBook 14X OLED Space Edition in India with space-themed design elements at a starting price of Rs. 1,14,990. 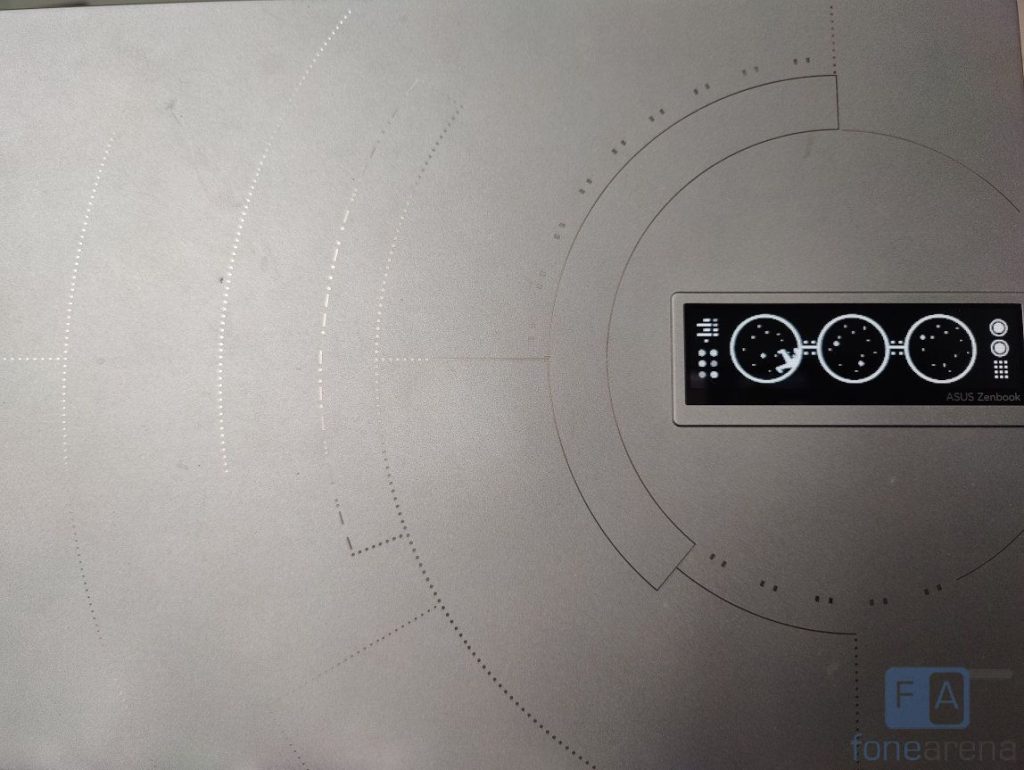 Asus ZenBook 14X OLED Space Edition stays true to its name with an impressive design inspired by the Mir space station. Asus has gracefully managed to add patterns of the Mir space station and Morse code with arc line without ruining the aesthetics. The ZenBook design is a nod to the idea that everything in space must be aesthetically appealing. Asus has achieved a unique perspective that is as simultaneously eye-catching as it is subtle. 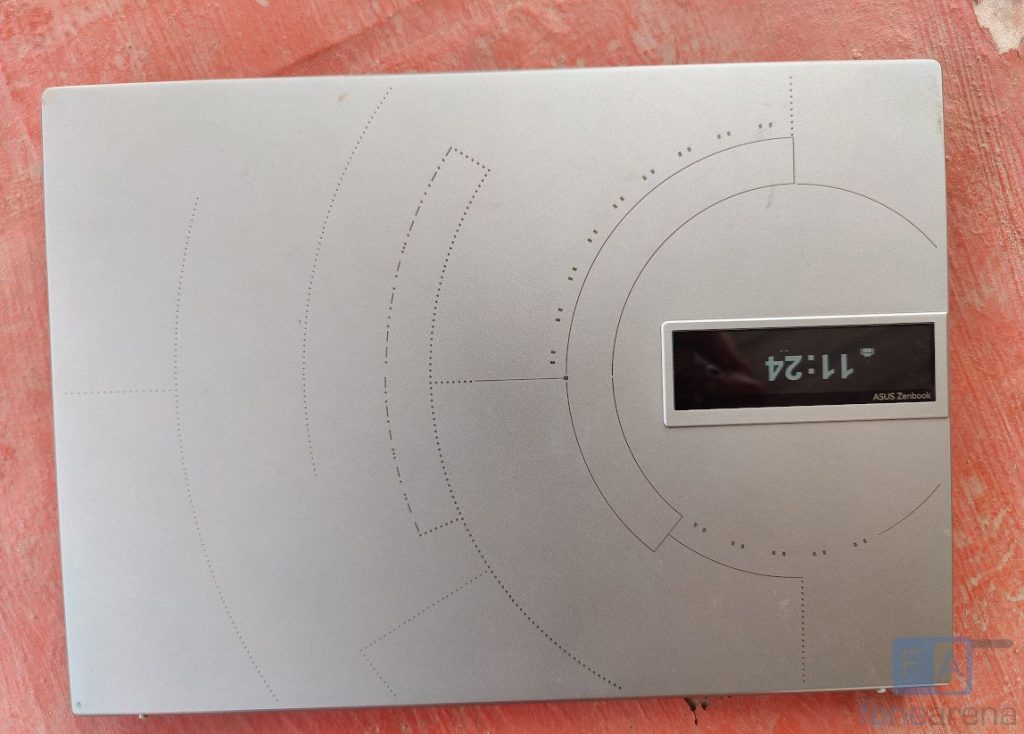 There’s a 3.5-inch monochrome OLED display – ZenVision, as Asus calls it, has been mounted on the lid. It displays pre-loaded animations, time, and battery status. The display is customisable to an extent, but Asus could have tried to add more functionalities. Nevertheless, this nifty addition makes the ZenBook 14X OLED Space Edition a head-turner.

The lid is laser etched with the patterns of the Mir space station and Morse code that translates to “Ad Astra Per Aspera.” It means “Through the hardships to the stars.”

In terms of dimension, the laptop measures 15.9mm in thickness and weighs 1.4Kg. The laptop is thin, lightweight, and easy to carry.

The ZenBook 14X OLED Space Edition is entirely made out of aluminum alloy with a Zero-G Titanium finish, similar to the material used on spacecraft. The space-design elements are carried on to the palm-rest area as well.

The space bar and power button (doubles up as fingerprint scanner) draw your attention once you open the lid, thanks to the contrasting dusty red color.

The ZenBook 14X OLED Space Edition complies with the ultra-tough US Space Systems Command Standard SMC-S-016A testing protocols, so it is capable of withstanding extreme temperatures (-24 to 61° C) when operational and vibration (20 – 2000 Hz).

Moving to the ports on the side, the laptop offers:

Before moving to the display, the packaging needs special mention. To be honest, the packaging was refreshing, and I felt the joy of unboxing it after a really long time.

The laptop box draws inspiration from a spaceship door and has a small opening to give users a sneak peek of the ZenVision. The company also ships a silvery cover sleeve for the laptop in the box. 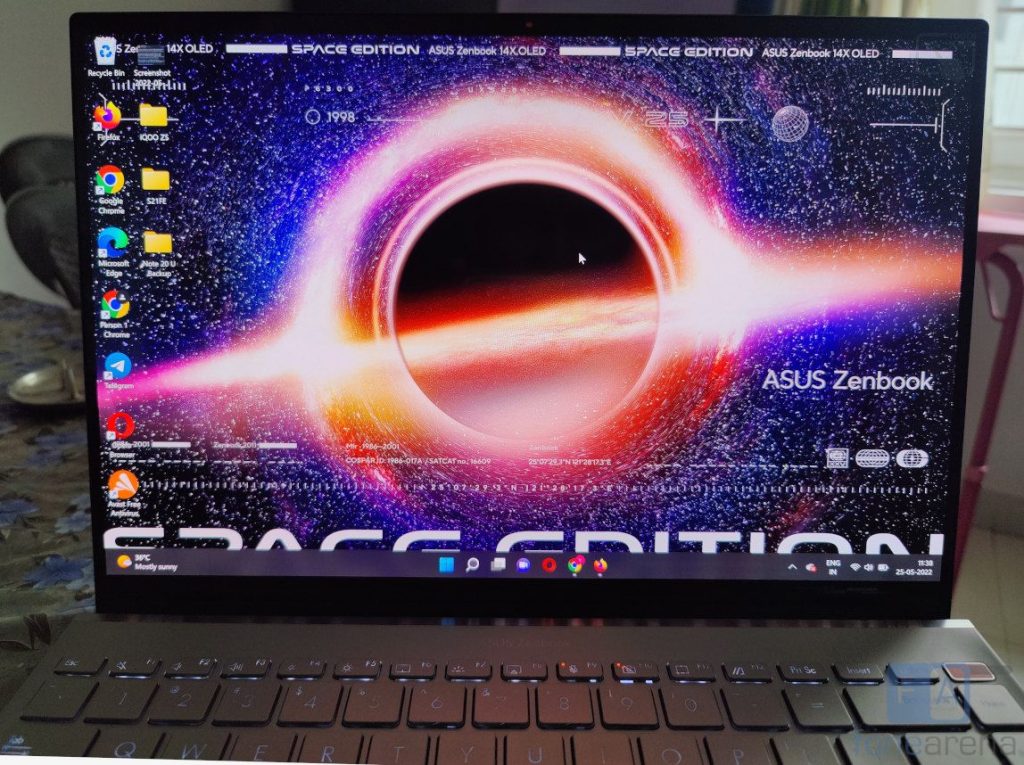 Undoubtedly, the display is the best in class. It is bright, vibrant, and achieves perfect dark levels. However, the peak brightness being 550-nits is a downside. During the summers, particularly in Chennai, the screen was barely visible outdoors at full brightness. The display has touch support, and it worked well when I tested it randomly. But I have to admit that my usage was seldom.

Overall, it is one of the best displays you can get at the market right now! 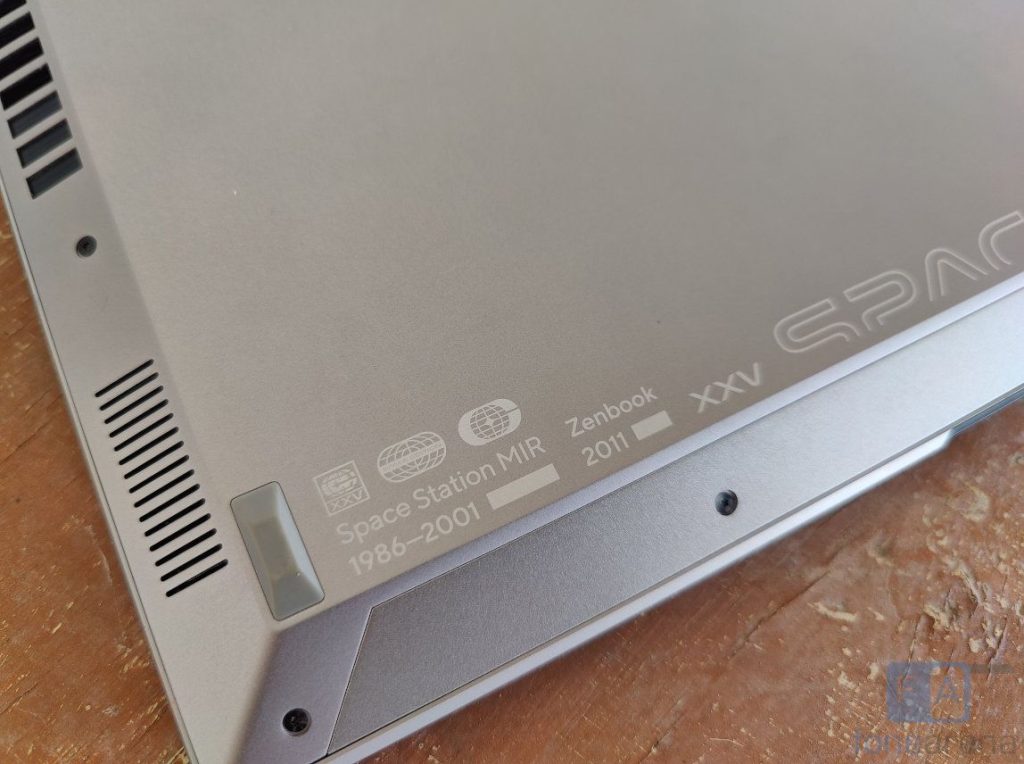 Performance was good most of the time, but I faced hiccups here and there during my usage. The culprit may be the not-so-good optimised Windows 11.

However, the lack of a dedicated GPU is a drawback, meaning playing graphics-intensive gaming is merely impossible. If you are a gamer looking out for this laptop as your next purchase, we are sorry to break it — it’s not for you!

Additionally, I faced heating issues several times during my usage. Overall, the performance was great, but slightly disappointed with the thermal management. 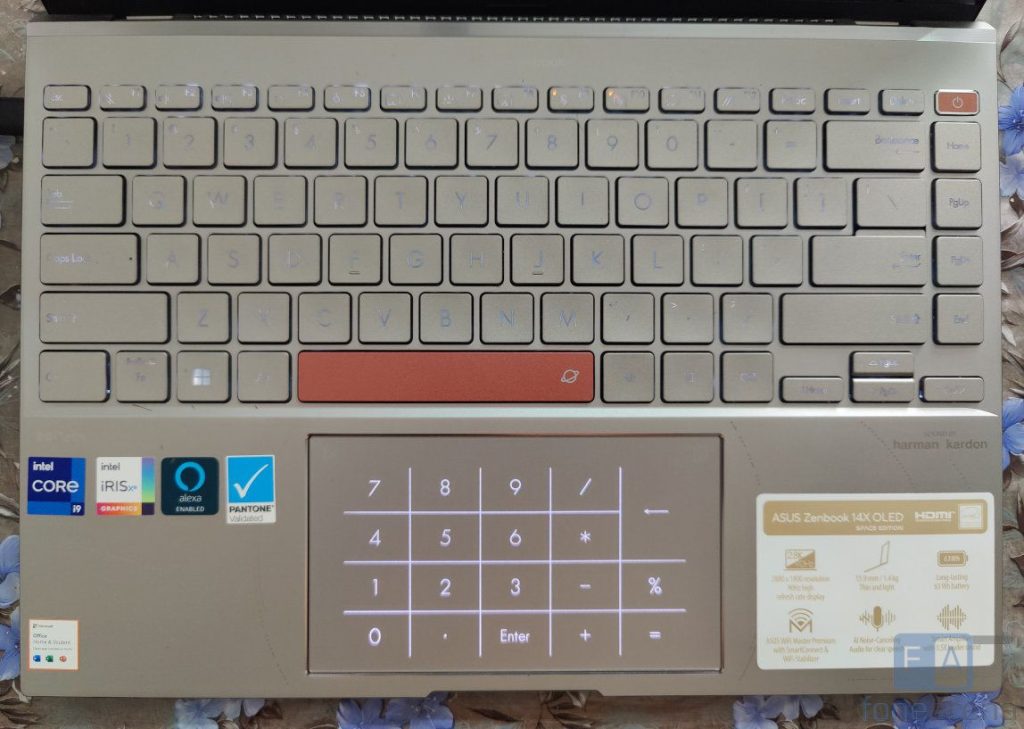 The ZenBook 14X OLED Space Edition comes with an edge-to-edge keyboard with keys that offer a 1.4mm key travel. The typing experience has been good, if not great. The keys are well-spaced and tactile feedback was satisfying. The power button doubles up as a fingerprint sensor that supports Windows Hello. The keyboard’s white backlight was useless and disturbing during the daytime.

Moving down, we have a trackpad with the Asus’s NumberPad 2.0 design. The touchpad comes with a number pad integrated into it, which can be enabled with the tap of a button on the top right. This feature comes in handy only when you deal with lots of numbers regularly. I barely used it during my usage. 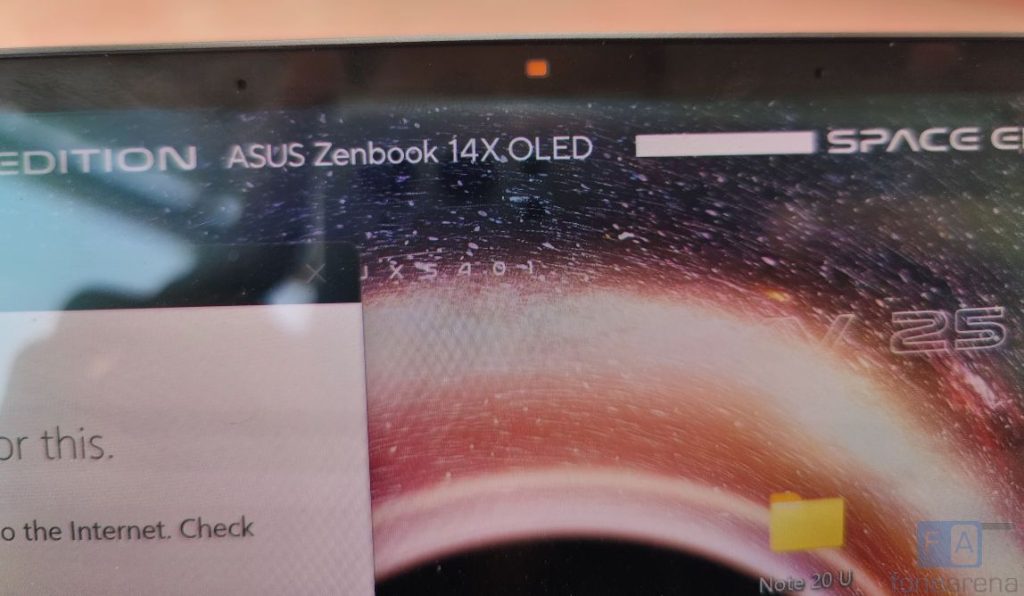 The dual speaker system designed in partnership with Harmon Kardon is purely average, as it delivers sub-par audio quality for the price it offers. At the peak volume, the sound gets louder and distorted. The laptop also features a 720p webcam which is again sub-par for the amount it costs. The good thing is it has an Electronic Webcam shutter that simply covers the webcam upon pressing F10. 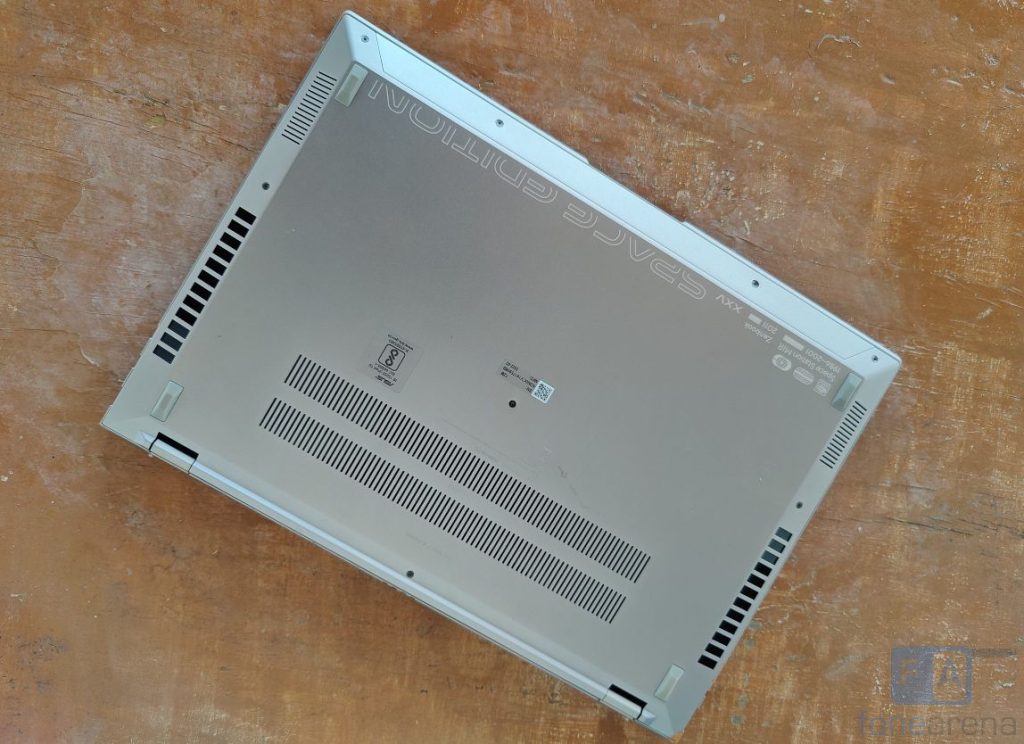 The Asus Zenbook 14X OLED Space Edition comes with a 63 Whrs battery. I got around 5 to 5:30 hours of battery life in regular usage, which is below average. In a day, I charge the laptop thrice before I wind up and go to bed. To compensate for it, Asus provides 100W Type-C charging, which charges the device in 2 hours.

At Rs. 1,69,000, the Asus Zenbook 14X OLED Space Edition is definitely an expensive purchase. With Space Edition, Asus has gone the extra mile to create something unique, right from the packaging to the overall end-user experience. Besides its space-themed design and the 3.5-inch display (to an extent), Asus didn’t bring anything compelling to the table to justify the asking price.

It is available from ASUS Exclusive Stores,  ROG Stores, Amazon and Flipkart starting at Rs. 1,14,990.