Apple announced the Shot on iPhone Macro Challenge in January 2022, which ran until February 16th, with the winner to be announced in April. As promised, the winners from China, Hungary, India, Italy, Spain, Thailand, and the United States were announced on April 13, 2022.

The competition was held to promote the new lens design, which has autofocus capability for the first time in the Ultra Wide on the iPhone, as well as innovative software that allows users to shoot breathtaking macro photographs with subjects that appear larger than life. 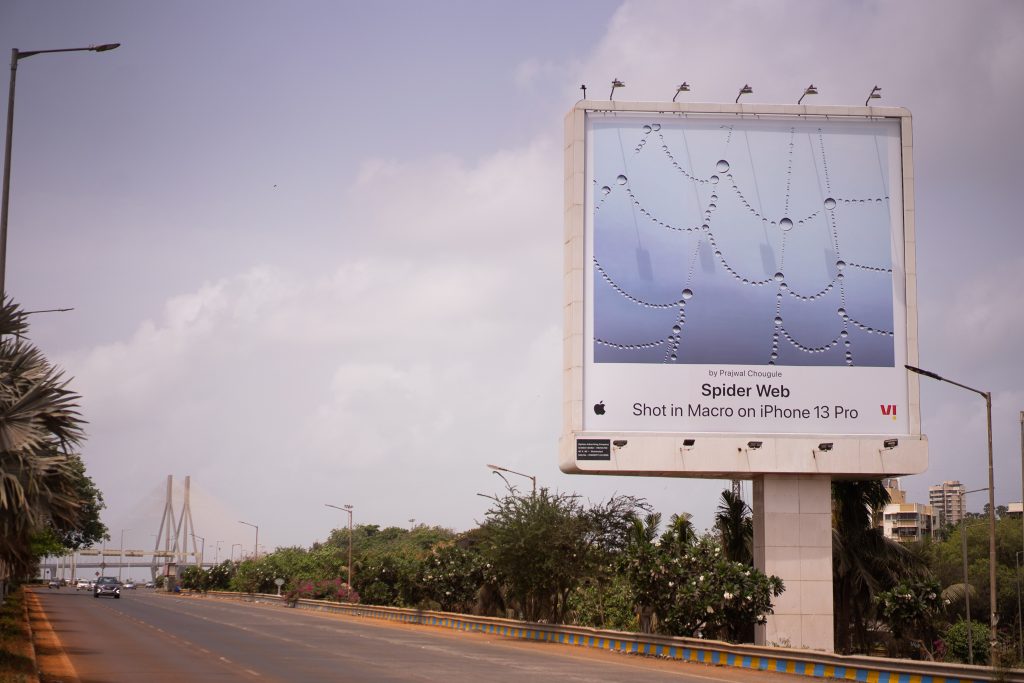 Prajwal Chougule, a Software Engineer from Kolhapur in Western India, won the competition with a macro photograph of a spider web. In recognition of Prajwal’s efforts, Apple has kept a hoarding with his winning image in a prominent site in Mumbai today – The Bandra Worli Sea Link.

I am a nature lover and love going on early morning walks, with my iPhone 13 Pro. The “golden hour” brings the best out of nature and is a photographers delight. Dew drops on a spiders web caught my attention and I was fascinated how the dry spider silk formed a necklace, on which the dew glisten like pearls. It felt like a piece of art on natures canvas.