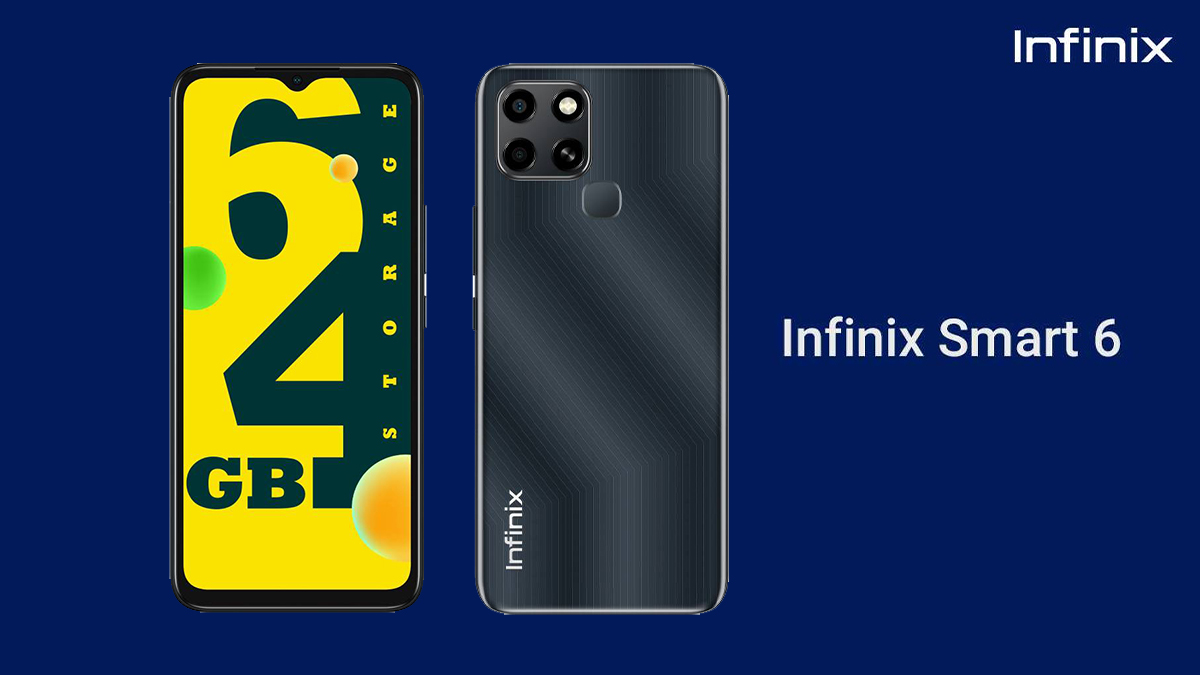 Infinix has unveiled its new Smart 6 smartphone in India today. The Smart 6 is a budget smartphone with basic hardware specs that is aimed at first-time smartphone customers. The latest Smart Series device comes with a big HD+ display and a 13MP camera. A MediaTek Helio A22 processor as well as a 5000mAh battery to drive the device.

The Smart 6 comes with a 6.6-inch HD+ LCD screen with a waterdrop notch and a brightness of 500 nits. A MediaTek Helio A22 processor and a PowerVR GPU power the device. Silver ions have been coated on the top layer of the Smart 6’s attractive rear panel. The spray’s bactericidal effect can help to stop many germs and keep infections from spreading as much as possible.

The Smart 6 has 2GB of RAM and 64GB of storage. It also features a 2GB RAM expansion option. A dual-rear camera configuration with an 8MP primary shooter is included, followed by a depth sensor and an LED flash. A 5MP front-facing camera with an LED flash is available for selfies. All the major features are incorporated, including AI HDR mode, Time-lapse, and AI 3D Beauty mode, including Panorama mode. 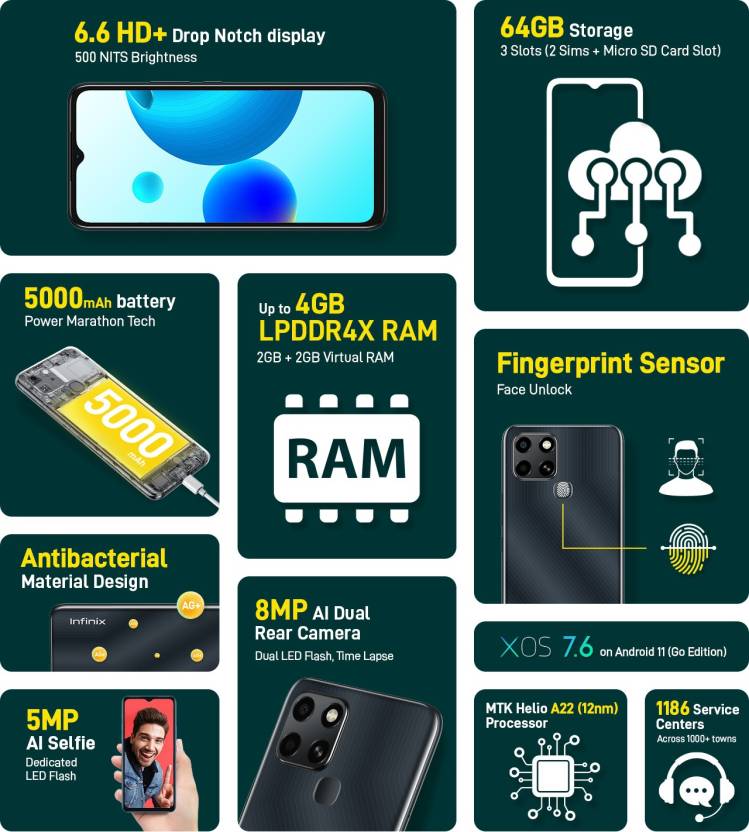 The Smart 6 is fueled by a 5000 mAh battery and offers 10W charging. For charging and data transfer, it has a micro-USB interface. It has a fingerprint scanner on the back for added protection. Polar Black and Heart of Ocean are the two color options for the all-new Infinix smartphone. It features a dedicated micro-SD card slot for up to 512GB of additional storage. The device runs the company’s proprietary XOS 7.6, which is based on Android 11 Go Edition.

Infinix has built a comprehensive service network with 1086 service facilities spread over 1000+ locations in India. This provides an after-sales experience. Customers can use the Carlcare App, which comes pre-installed on Infinix phones, to find their nearest repair shop and make sure parts are available, book appointments, etc., for example.

The Infinix Smart 6 is priced at Rs. 7499 in India for the 2GB + 64GB version. The smartphone will be available only through Flipkart.com starting May 6, 2022.

True to Infinix’s philosophy, we are pushing the boundaries of value-driven innovation with the new SMART 6. Having received an overwhelming response on our previous device from our most successful SMART series, we designed the latest device keeping in mind the evolving consumer needs. We have optimized it with several category-first features like massive storage space, bigger and brighter screen, advanced fingerprint sensor security. For the first time ever, we have introduced a Silver Ion Anti-bacterial back design with silver ions being sprayed on the final finish. Silver ions have a bactericidal effect and can help inhibit bacteria and reduce the spread of diseases as much as possible, making Smart 6 a revolutionary smartphone. By introducing these innovative features at such an aggressive price point, without compromising on the design and essentials, we intend to surpass the expectations of India’s digitally evolving masses.