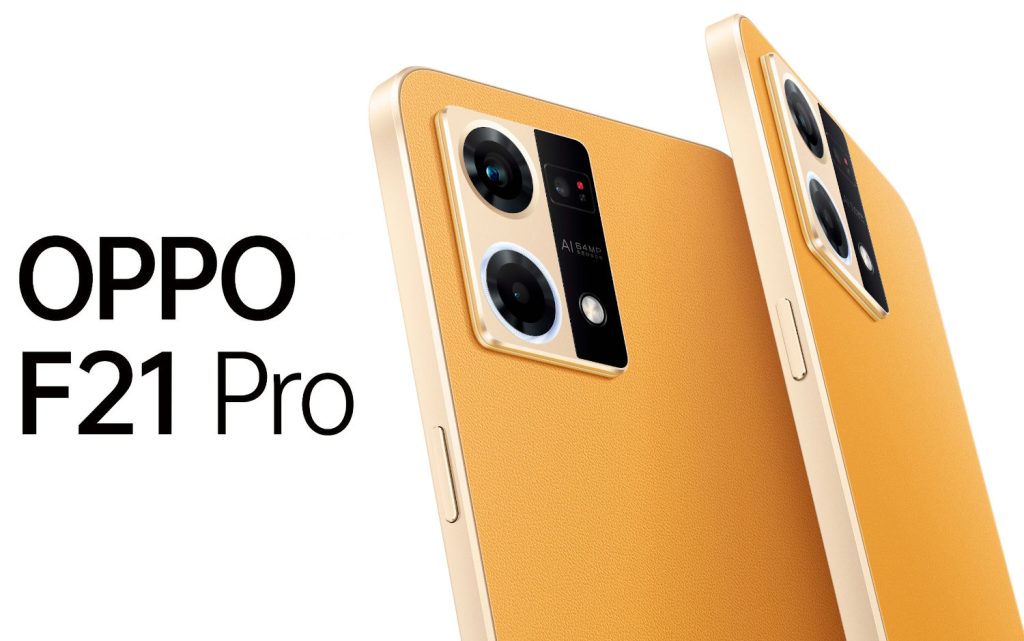 OPPO today confirmed the launch of F21 Pro series in India on April 12th. The teaser image shows triple rear cameras with a 64MP primary camera, ring LED flash around the camera and the design of the phone.

The F21 Pro’s Sunset Orange variant sports  an industry-first Fibreglass-Leather design on its back that doubles as a ‘frameless’ battery cover to make the phone thin, light and durable, said the company. 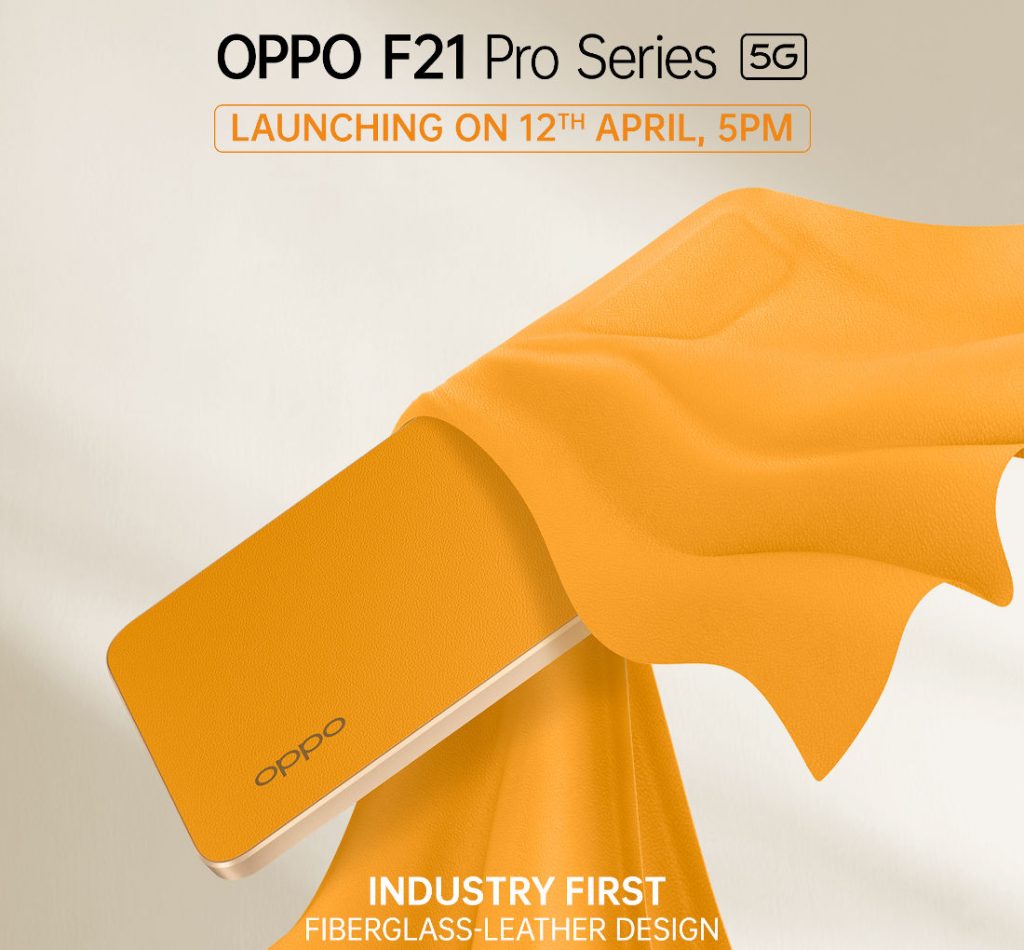 OPPO said that this comes after two years of research and refinement. OPPO’s engineers chose lychee-grain leather for the base material because of its plush feel.

The lychee grain leather material is waterproof and also heavily wear-resistant. The finished material is subjected to extreme lab tests that involve rubbing the material with an alcohol-soaked pad, a rubber eraser, and a denim swatch over 5,000, 10,000, and 2,00,000 times respectively, to ensure its colour fidelity and durability.

The Cosmic Black variant of the F21 Pro uses OPPO Glow technology to make the back cover look glossy while giving it a matte-in-hand feel that is fingerprint- and stain-resistant, said the company.

The OPPO F21 Pro 5G will come in Rainbow Spectrum and Cosmic Black colours. For the Rainbow Spectrum colour, OPPO said that it has used a ‘three-layer texture and a two-layer coating’ manufacturing process to give the phone its dazzling rainbow appearance. 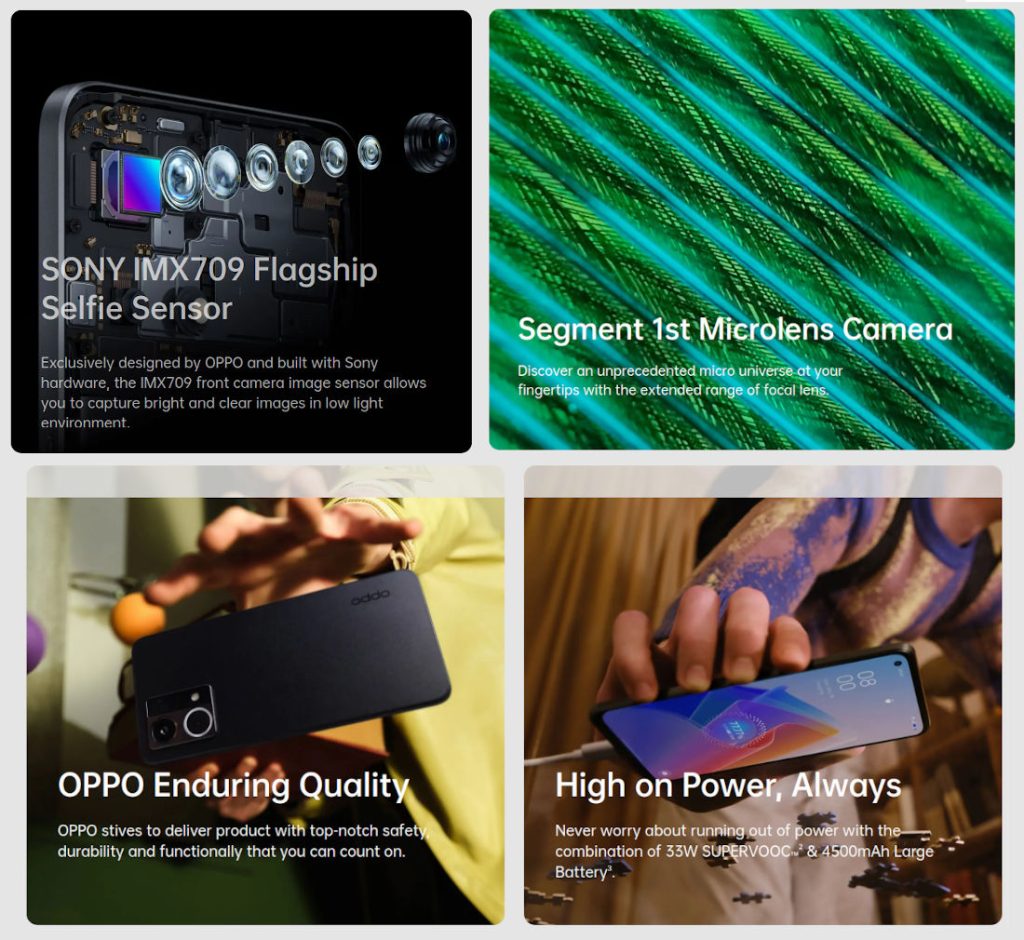 The company is yet to reveal other features of the phones in India, but the company has confirmed that the F21 Pro will feature the Sony IMX709 selfie sensor, the same sensor used in the OPPO Reno7 Pro.

The IMX709—exclusive to OPPO—is a customised RGBW (red, blue, green, white) front image sensor that can capture crisper and more evenly-exposed photos and videos; it is 60% more sensitive to light and reduces noise by 30% when compared to traditional RGB sensors.

The phone will also come with Microlens camera, a first in the segment, and will pack a 4500mAh battery with support for 33W SuperVOOC fast charging. The company has started a lucky draw on its website that will let you stand a chance to win the F21 Pro phone, Enco Air2, Enco M32, MH135 earphone and Coupons till 15th April.