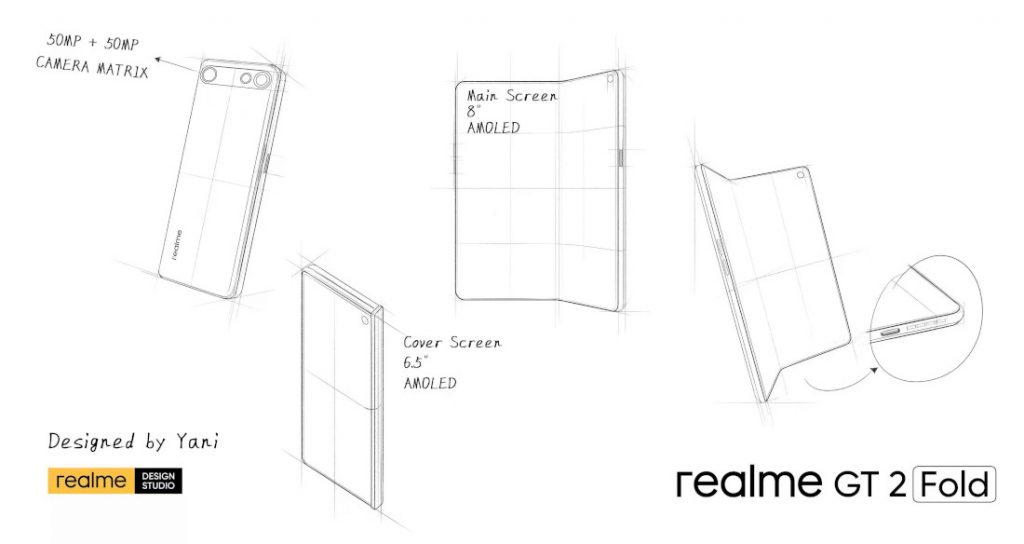 realme’s first foldable phone – realme GT 2 Fold has surfaced in a sketch, and it says that it has been designed by Yani from realme design studio. It could be fan render, but this shows an 8-inch internal AMOLED screen with a camera on the right corner and a 6.5-inch AMOLED screen on the outside that also has a camera on the same place.

The image shows a side-mounted fingerprint scanner, bottom-ported speaker and the USB Type-C port.  Even though the design looks familiar as several foldable phones such as the Samsung Galaxy Z Fold series, this shows a large rear camera bump that is said to house 50MP + 50MP dual rear cameras which could be a main wide and an additional ultra-wide-angle lens along with flash. 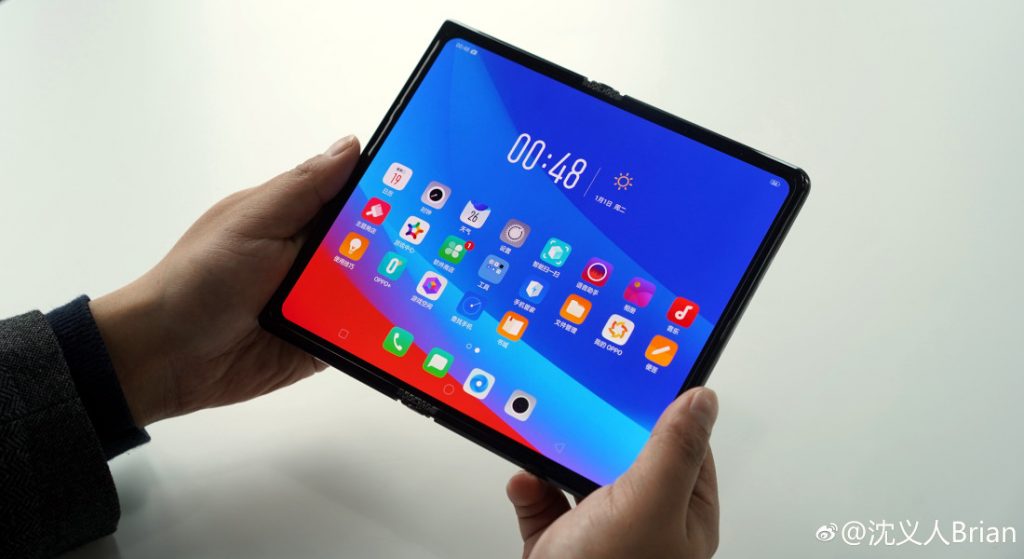 Earlier reports revealed that Samsung will supply foldable OLED panels for Xiaomi, Google and OPPO. No details about the display panel vendor for realme. OPPO has been working on a foldable device since 2019, and it even teased one.

Based on the latest rumours, the internal code name of OPPO’s first commercial foldable phone is said to be “Peacock” and it is expected to be powered by Snapdragon 888 and launch next month. The company said to launch a second generation foldable device with Snapdragon 898 next year.