vivo launched its vivo X70 Pro and Pro+ smartphones in India last month with Funtouch OS 12, but it was running Android 11. Today, vivo has confirmed the roll-out of Android 12 based Funtouch OS update in India with beta release for the X70 Pro+ starting by the end of November and will continue to roll out till April 2022.

This will bring new home screen widgets, extended RAM technology allocates part of the ROM storage to the RAM and increases RAM space and lots more features as well as Android 12 features. 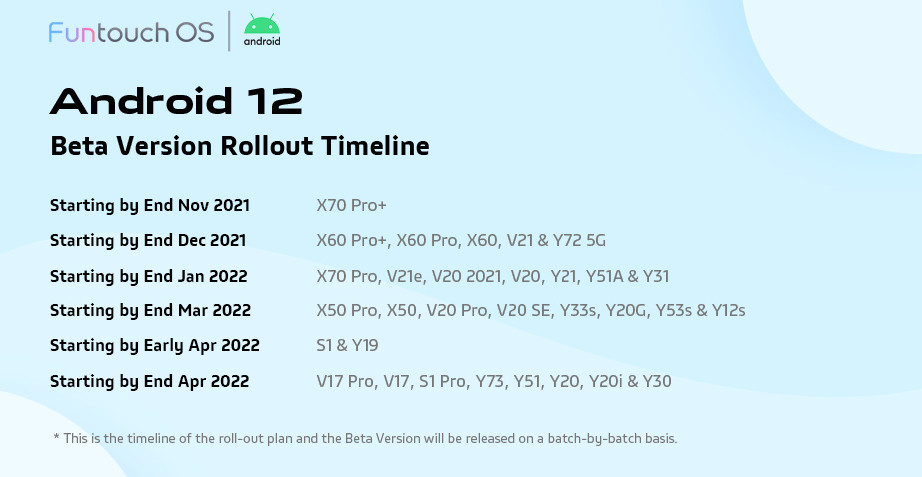 List of vivo smartphones that will receive Android 12 beta update:

vivo said that the beta update will roll out for these phones in batches and the stable update will be available after that. The list doesn’t include older Y and V series phones, so it is not clear if the company plans to roll out updates for these later.