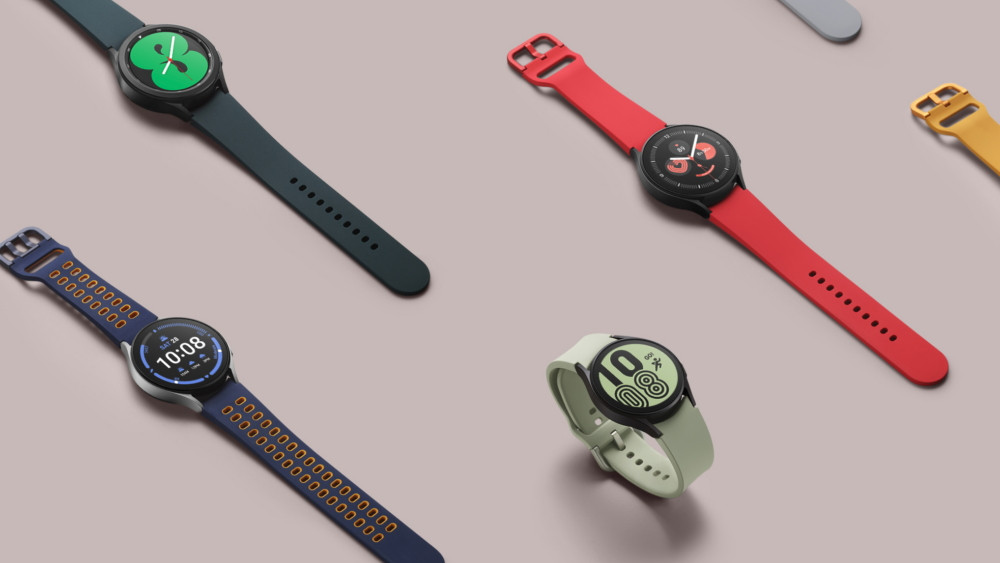 Samsung has started rolling out a major update to Galaxy Watch4 series that brings several new features including gesture control, fall detection improvements, improved watch faces that lets you customize the look of the watch to match your style and show relevant data.

Four new faces to choose from – Info Brick watch face shows the stats you care about the most, from heart rate and stress to daily activity status. Another watch face displays in-depth weather forecast, a basic dashboard or live wallpapers inspired by Galaxy Z Fold3 and Galaxy Z Flip3 – all of which can also be customized.

Complications offer quickly access important information at-a-glance and launch the apps you use the most. Now, you can mix and match up to four complications to display on Animals watch face – from battery life to reminders, messages, your step count and much more. You can now also choose a moving GIF for your My Photo+ watch face, rather than just a static photo.

The update also brings more playful animations to Steps Challenge watch face. This includes an animated bear that will follow you for every step of your competition – from stretching before you start a challenge to cheering when you win.

The Watch4 already has an option that lets you receive calls when you move your forearm up and down twice and rotate your wrist twice to reject calls or dismiss alarms. The new update includes a new hand motion that can act as a helpful shortcut to activate a chosen app or feature.

By doing a simple ‘knock, knock’ motion with your wrist, you can open a pre-selected app, open the list of workouts, turn on a light or even create a new reminder.

Samsung introduced Fall Detection feature in Galaxy Watch 3 last year the notifies when the wearer had fallen down during exercise. The Galaxy Watch4 upate now lets you adjust the sensitivity so that it is capable of detecting a fall even when you’re standing still.  It can also send out an SOS notification to up to four pre-selected contacts.

The new update for the Galaxy Watch4 series is already out in South Korea, and it will roll out in other markets, s0on.