Along with the realme Band 2 and entry-level realme Smart TV Neo 32″, realme also confirmed the launch of new additions to the narzo 50 series. This will have the narzo 50A that already surfaced in earlier leaks and the narzo 50i, a cheaper model. The teaser image for the narzo 50A confirms a waterdrop notch and the rear mounted fingerprint sensor present inside the camera module. 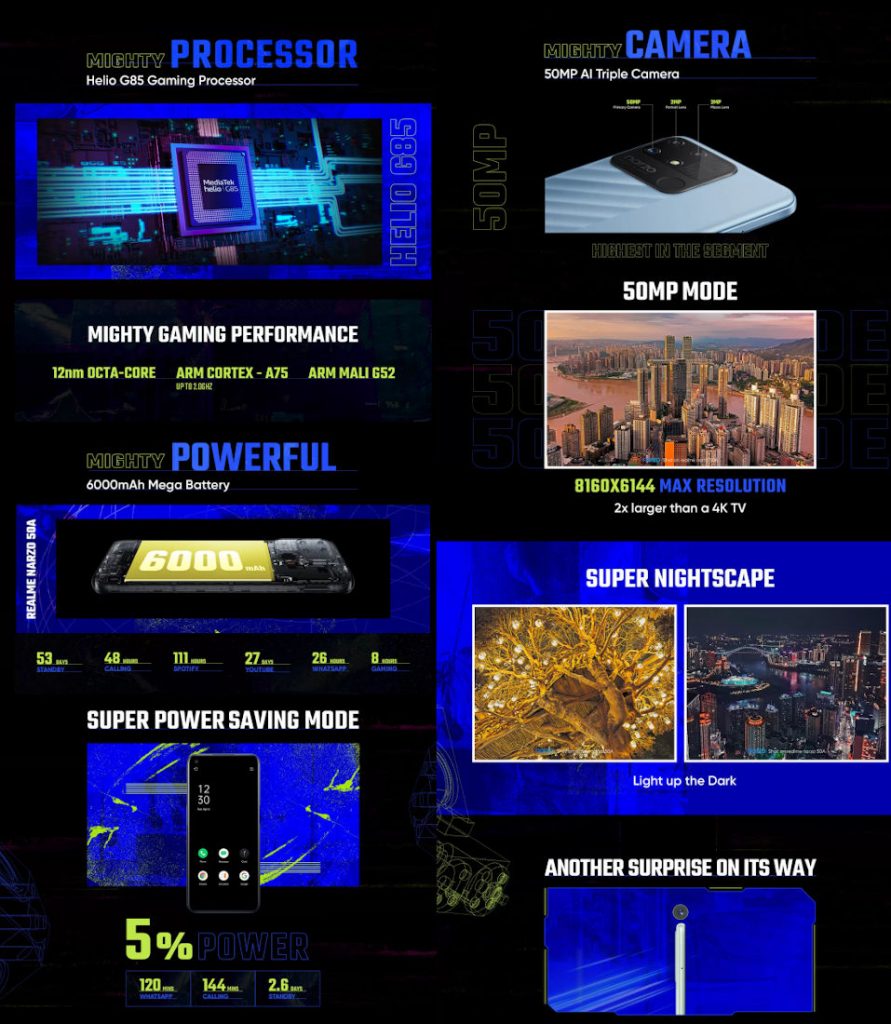 The company has confirmed that the phone will be powered by MediaTek Helio G85 SoC, and pack a 6000mAh battery with super power saving mode. The phone will feature a 50MP rear camera along with a 2MP depth and a 2MP macro camera. The image at the end teases the narzo 50i, but we still don’t have any details about that model. 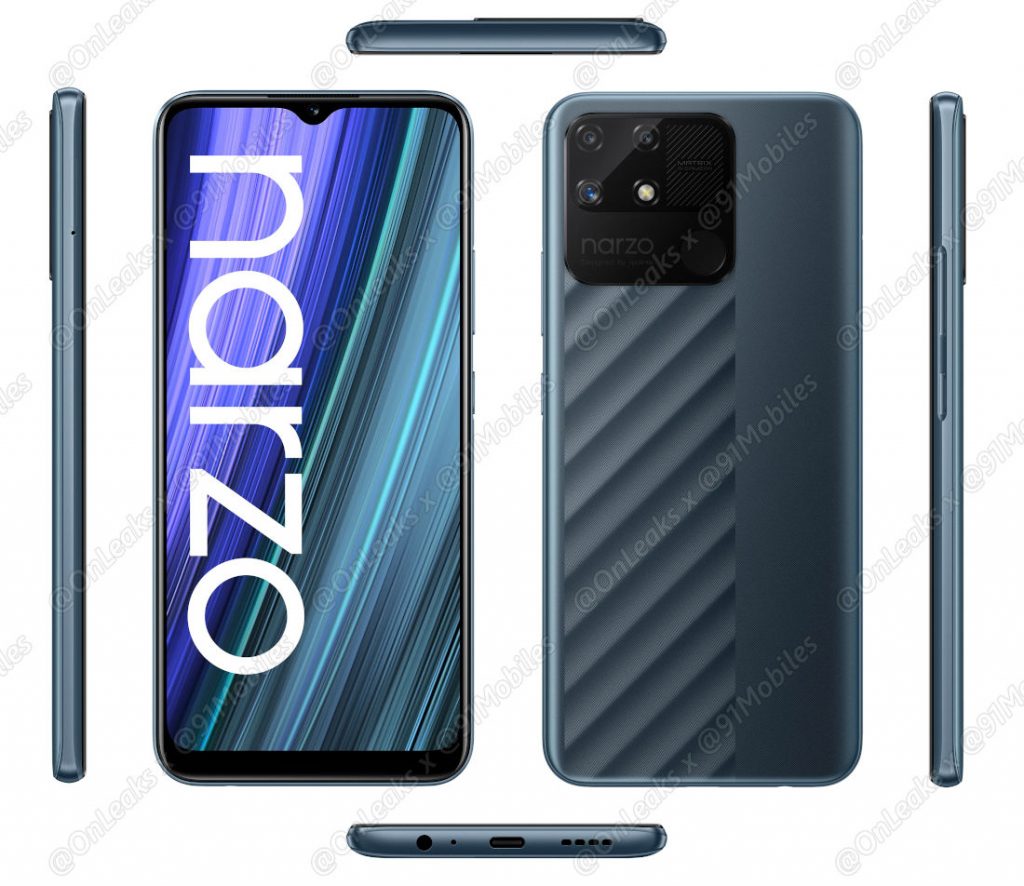 Based on earlier leaks, the narzo 50A is expected to feature a 6.5-inch HD+ screen, 8MP front camera, and come with 18W fast charging. It should come with dedicated dual SIM and microSD card slots.

We should know more details in the coming days, before these phones go official next Friday.