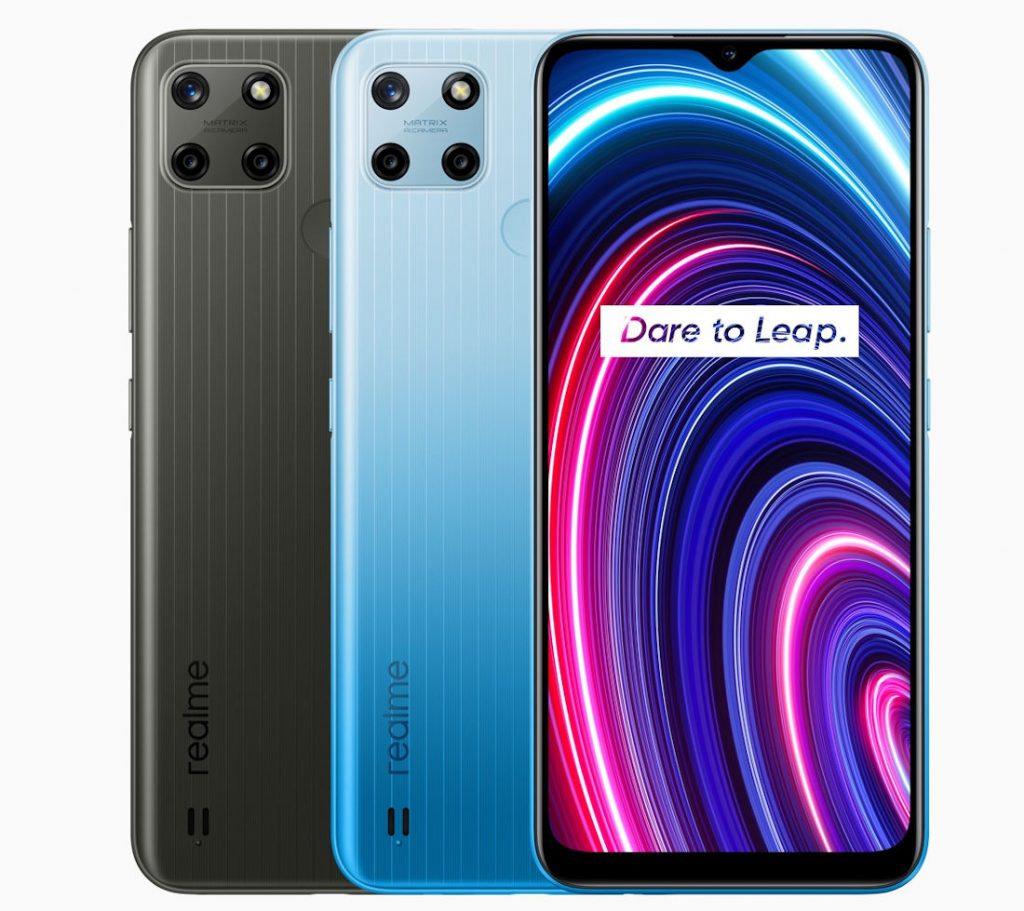 realme just launched the C25Y, the company’s latest smartphone in the C series in India, as it had announced. It has a 6.5-inch HD+ screen, is powered by UNISOC T610 SoC and Mali-G52 GPU paired with 4GB LPDDR4X RAM and 64GB internal storage and runs on realme UI based on Android 11, same as the C21Y. 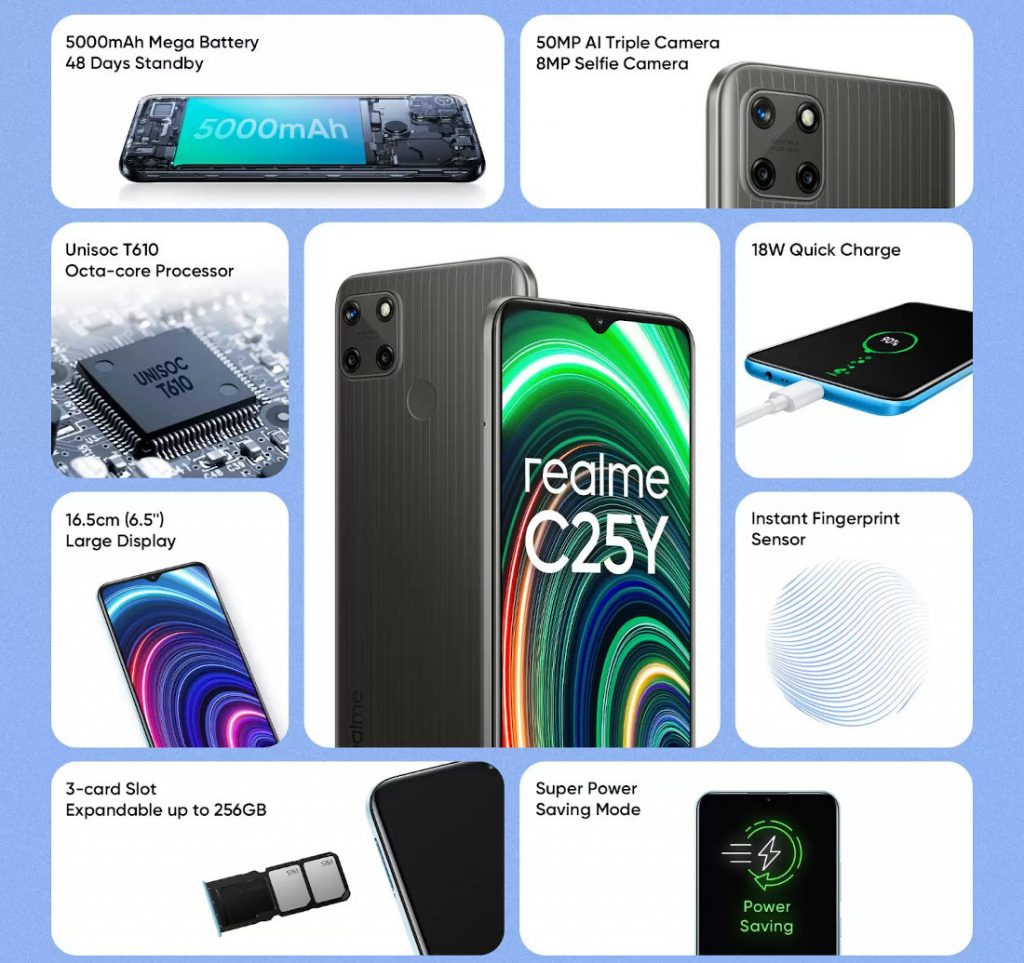 It replaces the 13MP rear camera from the C21Y with a 50MP camera with Samsung JN1 sensor, while retaining the 2MP macro and the 2MP B&W sensor. There is a 8MP front camera compared to 5MP camera in the C21Y. It has a rear-mounted fingerprint sensor and this phone packs a 5000mAh battery with support for reverse charging. Even though this comes with 18W charging, it still has a micro USB port.