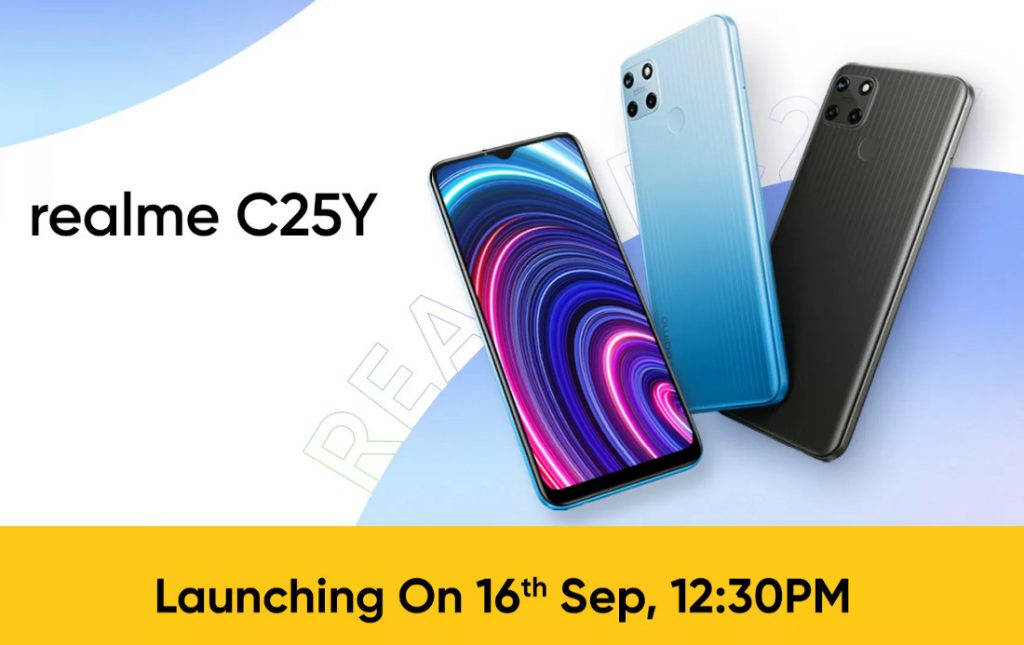 realme is set to launch the C25Y, the company’s next C series smartphone in India on September 16th. This will be the company’s second smartphone to launch with an Octa-Core UNISOC T610 processor and Mali-G52 GPU, after the launch of realme C21Y which was launched in India last month.

This will also be the company’s second smartphone to use a 50MP sensor for the rear camera, after the realme 8i and the first in the C series. The teaser image confirms blue and black colours, gradient finish in the blue model, rear mounted fingerprint scanner, triple rear camera and a dewdrop display.

We can expect it to feature a USB Type-C port, 6000mAh battery with 18W fast charging and 4GB RAM with 64GB and 128GB  storage options, same as the realme C25. Hope we can expect the starting price of Rs. 9999, same as the C25. We should know all the details, including the price when it is launched on Thursday. Similar to other realme smartphones, the phone will be sold on Flipkart, in addition to realme.com and offline stores.