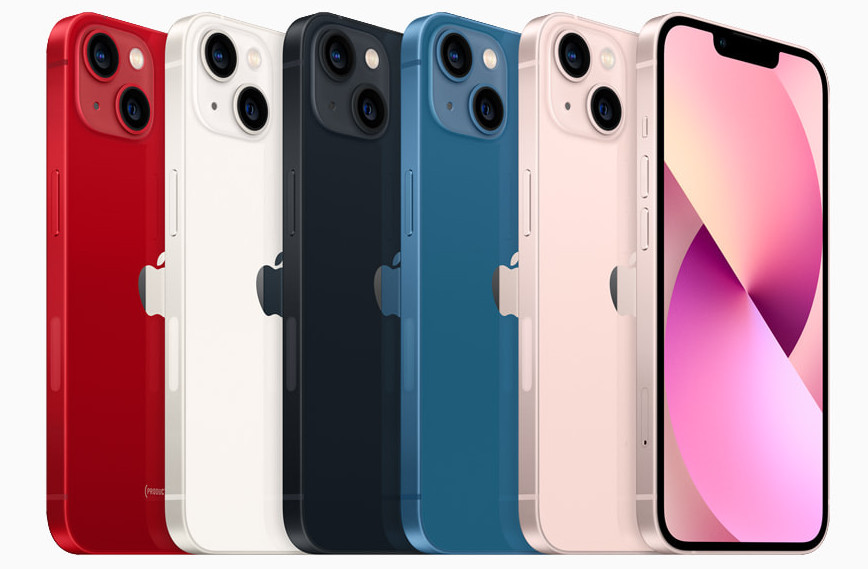 At its event, Apple just announced the iPhone 13, the company’s latest iPhone, and the successor of iPhone 12 and a smaller iPhone 13 mini, both with support for 5G, new A15 bionic processor and upgraded cameras. The iPhone 13 mini and the 13 come with 5.4-inch and 6.1-inch OLED Super Retina XDR displays, respectively, and have support for HDR and Dolby Vision, same as the predecessor, but these Super Retina XDR OLED displays are 28% brightness outdoors at 800 nits, with higher peak brightness for HDR at 1200 nits. These retain the Ceramic Shield protection that was introduced in the iPhone 12.

The phones are powered by A15 Bionic 5nm Chip with nearly 15 billion transistors. It has new 6-core CPU with two high-performance cores and four high-efficiency cores which the company says is 50% faster than the competition, and the fastest in any smartphone. The new 4-core GPU is up to 30 % faster than the competition, says the company. It has a new 16-core Neural Engine that is capable of 15.8 trillion operations per second. These feature IP68 water resistance (6 meters for up to 30 minutes). 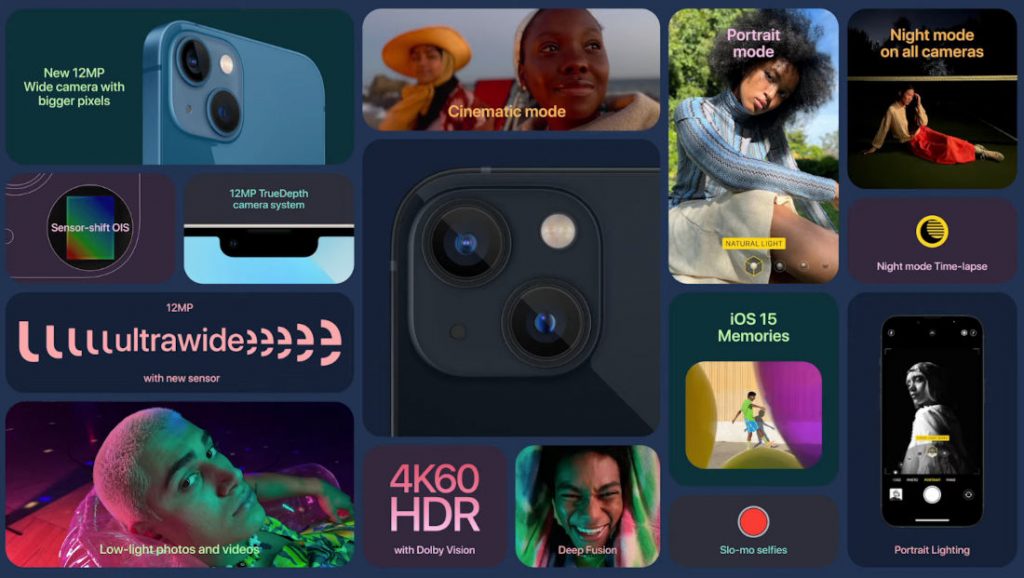 iPhone 13 and iPhone 13 mini feature a new Wide camera, with 1.7 µm pixels, and the company says that it is the biggest sensor ever in an iPhone dual-camera system and is capable of gathering 47% more light for less noise and brighter results. The Sensor-shift OIS — a technology introduced in iPhone 12 Pro Max is now available in the Wide camera of both the models. It stabilizes the sensor instead of the lens, so shots are more steady, while the custom-designed Ultra Wide camera with a new sensor captures images with more detail in the dark areas of photos and videos with less noise. 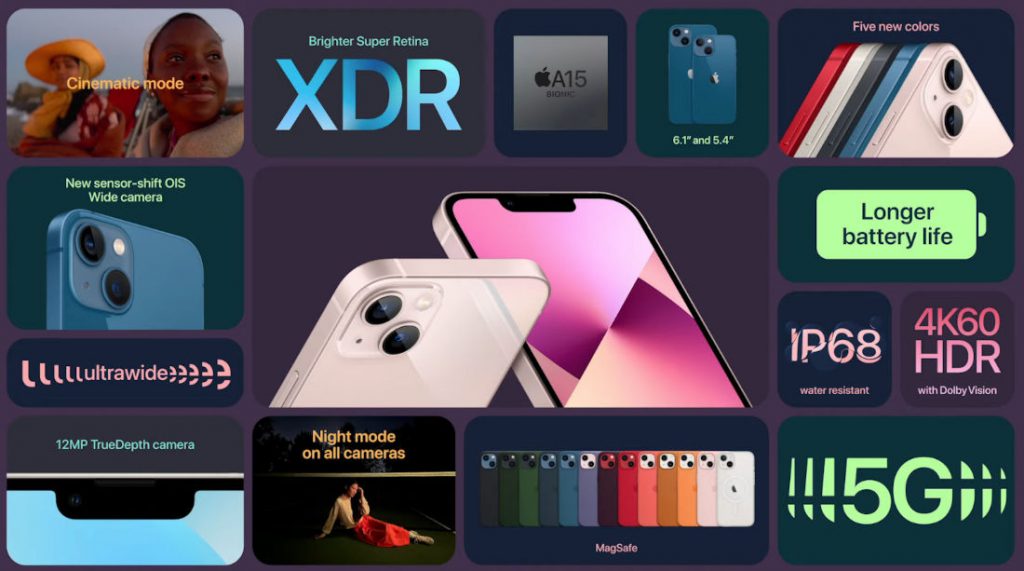 The Cinematic mode on iPhone records videos of people, pets, and objects with a beautiful depth effect with automatic focus changes. The focus can be changed during and after capture, and users can also adjust the level of bokeh in the Photos app and iMovie for iOS, and coming soon to iMovie for macOS and Final Cut Pro. The Cinematic mode records in Dolby Vision HDR. Both models also offer HDR video recording with Dolby Vision — from capture to editing and sharing — now supported for 4K up to 60 fps on all cameras.

The customized hardware design in the iPhone 13 line up features more 5G bands, allowing it to work in more places on 5G for greater coverage and performance. By the end of 2021, support for 5G on iPhone will double around the globe, with over 200 carriers worldwide in 60 countries and regions, said Apple. 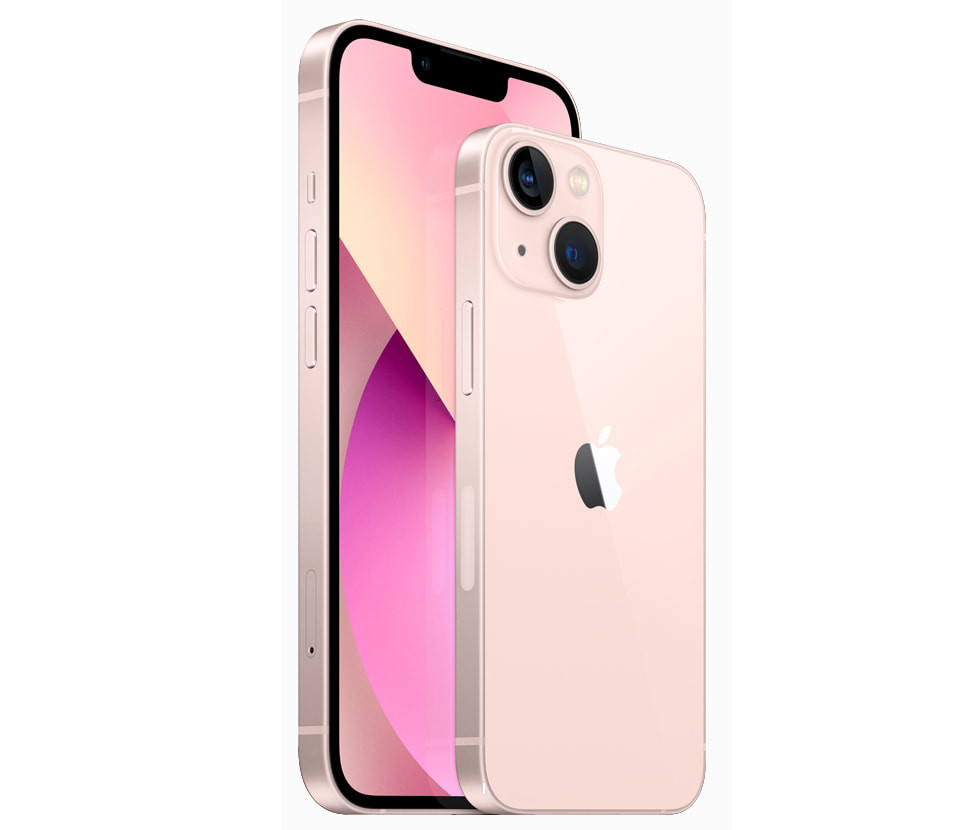 The Apple iPhone 13 mini and iPhone 13 come in Pink, Blue, Midnight, Starlight, and (PRODUCT) RED in a new entry-level capacity of 128GB for double the storage, as well as 256GB and 512GB capacities.