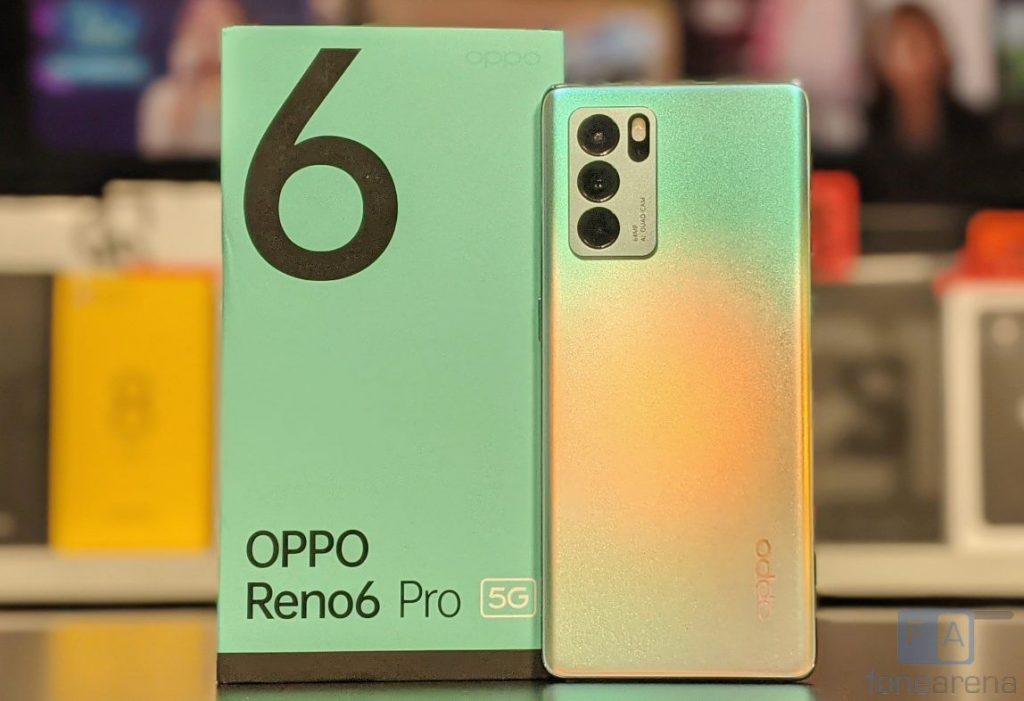 OPPO launched the Reno6 series 5G smartphones in India this week. The Reno6 Pro 5G is the higher end model in the series that is available in India. It is not a major upgrade compared to Reno5 Pro which was launched a few months back. Let use check out the unboxing and first impressions of the phone. 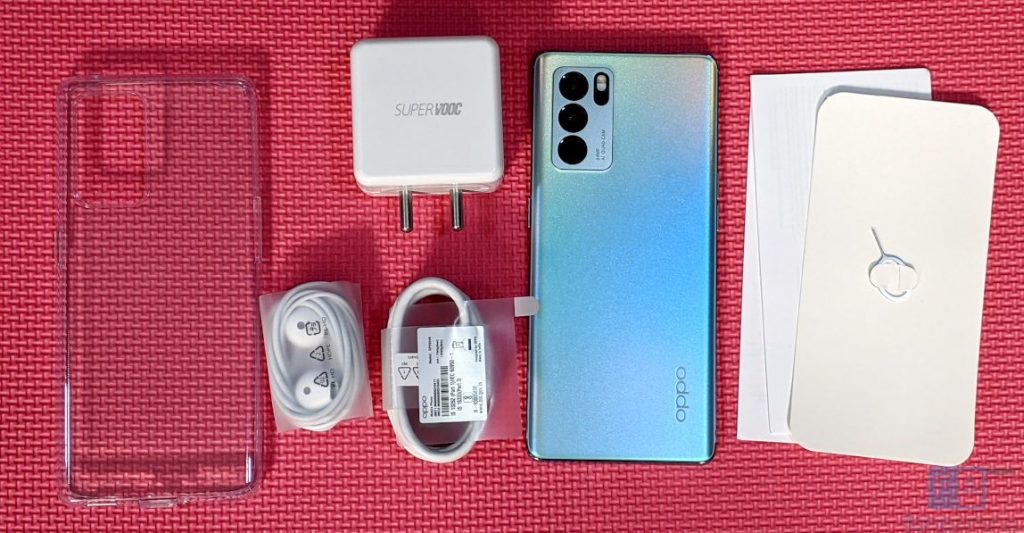 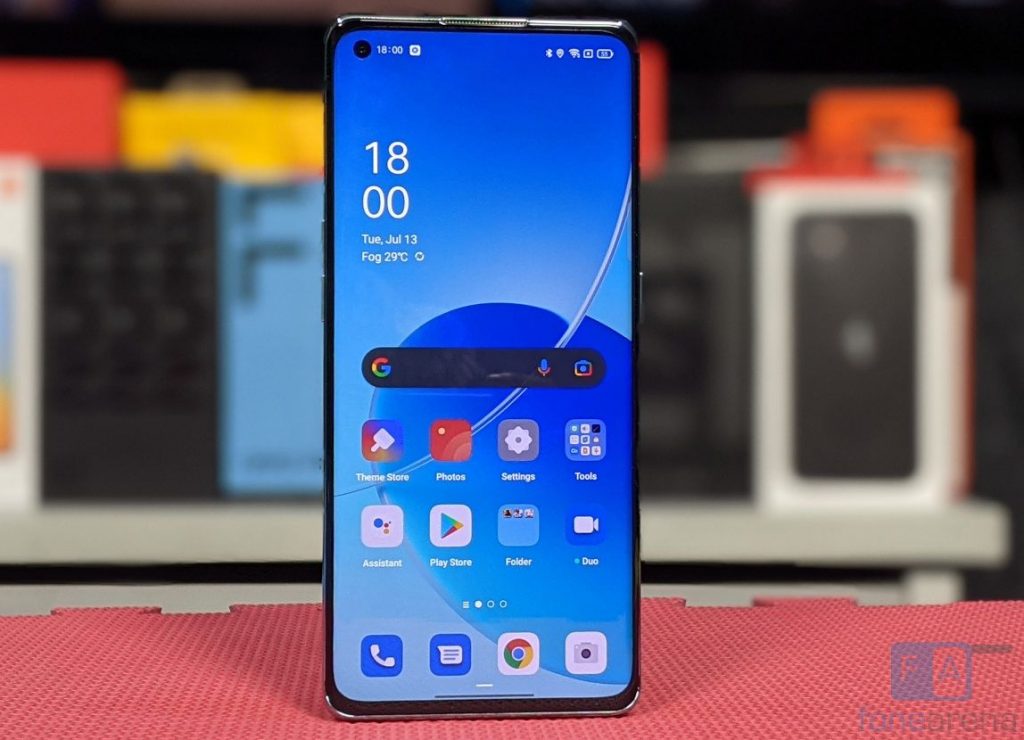 The phone has a 6.55-inch Full HD+ OLED curved display with up to 800 nits brightness and 90Hz refresh rate. It has Corning Gorilla Glass 5 protection. 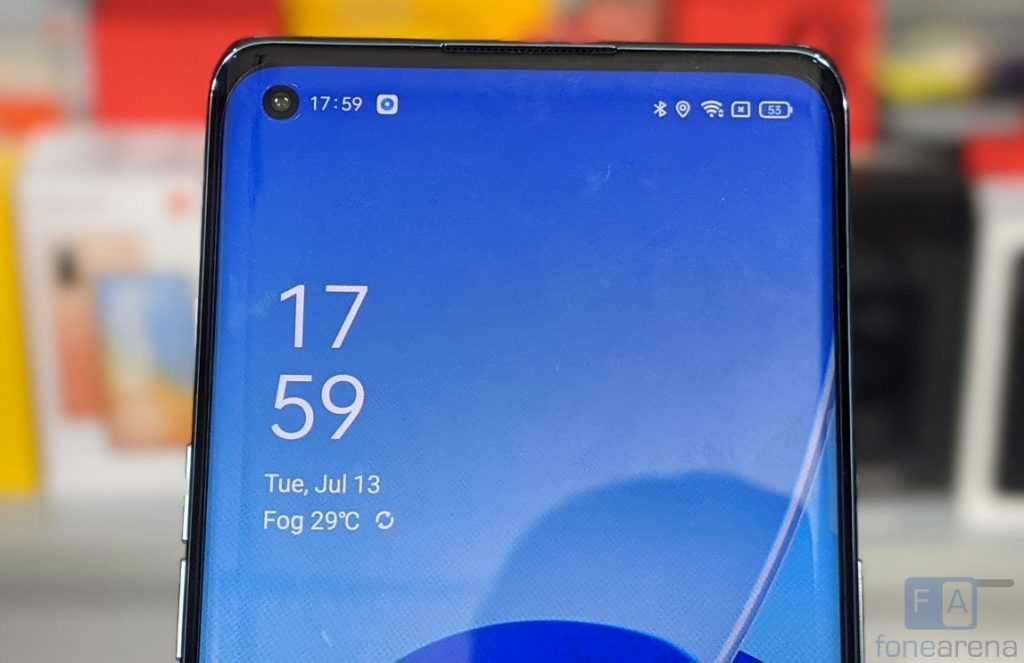 On the top left edge of the device, there is a single punch hole that houses the 32MP front camera. On the top edge of the display is the speakerphone for calls, but it does not function as a loudspeaker.

The Reno6 Pro 5G is one among the first few smartphones to be powered by the MediaTek Dimensity 1200 SoC, which is a 6nm octa-core CPU that can clock up to 3GHz  and ARM G77 MC9 GPU. The SoC is 5G capable, and it is complimented by 12GB of RAM with additional 3GB/5GB/7GB of expanded memory. It runs ColourOS 11.3 that is based on Android 11.

Regarding the button pacements, the volume rockers are present on the left side, power button on the right side, secondary microphone on the top, dual SIM slot, primary microphone, USB Type-C port and the loudspeaker grill on the bottom. 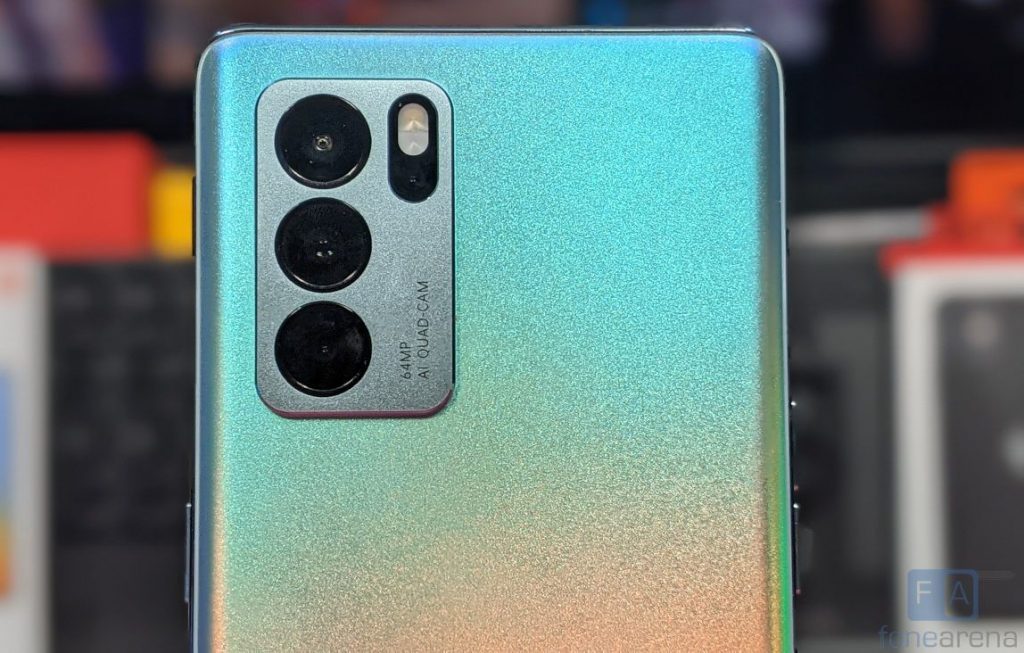 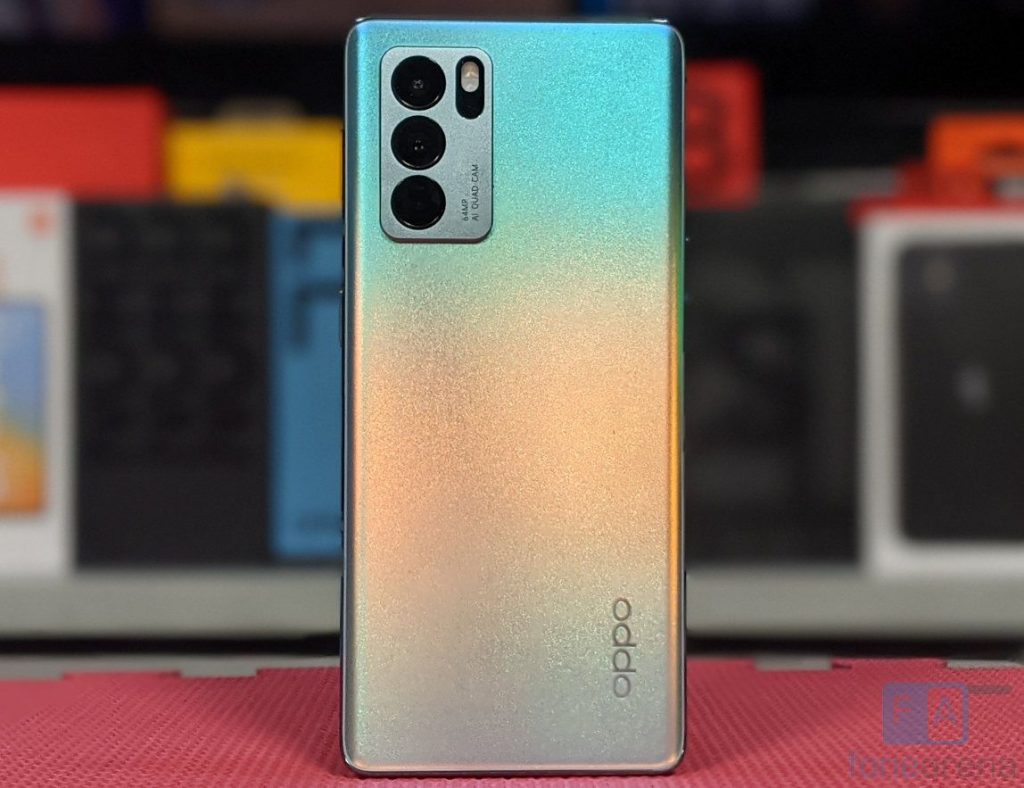 The OPPO Reno Glow finish in the Aurora version creates a subtle shimmering effect to the anti-glare glass, while making it fingerprint-resistant. The company says that it has over 20 patent filed globally for the design. It packs a 4500mAh battery with support for 65W SuperVOOC 2.0 fast charging that can charge the phones up to 100% in half an hour.

The OPPO Reno6 Pro 5G also comes in Stellar Black colour and is available to pre-order from Flipkart for Rs. 39,990 and will ship from July 20th.