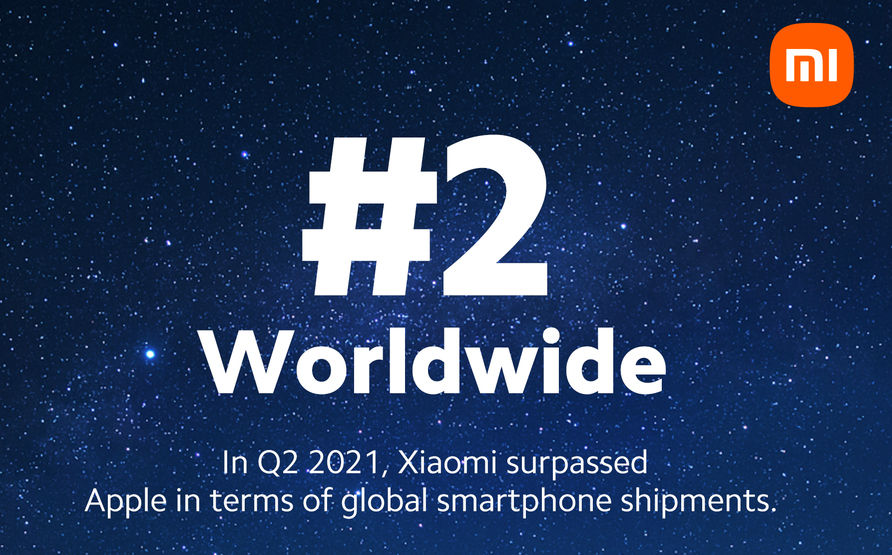 Canalys has released preliminary worldwide smartphone shipment data for Q2 2021 that reveals that Xiaomi will overtake Apple to become No. 2 leading smartphone brand in terms of shipments globally. The company has achieved a 17% market share with 83% YoY growth. This is the first time it is grabbing the No: 2 spot and is placed behind Samsung which has 19% share. Apple was third, with 14%, while Vivo and OPPO has 10% share. 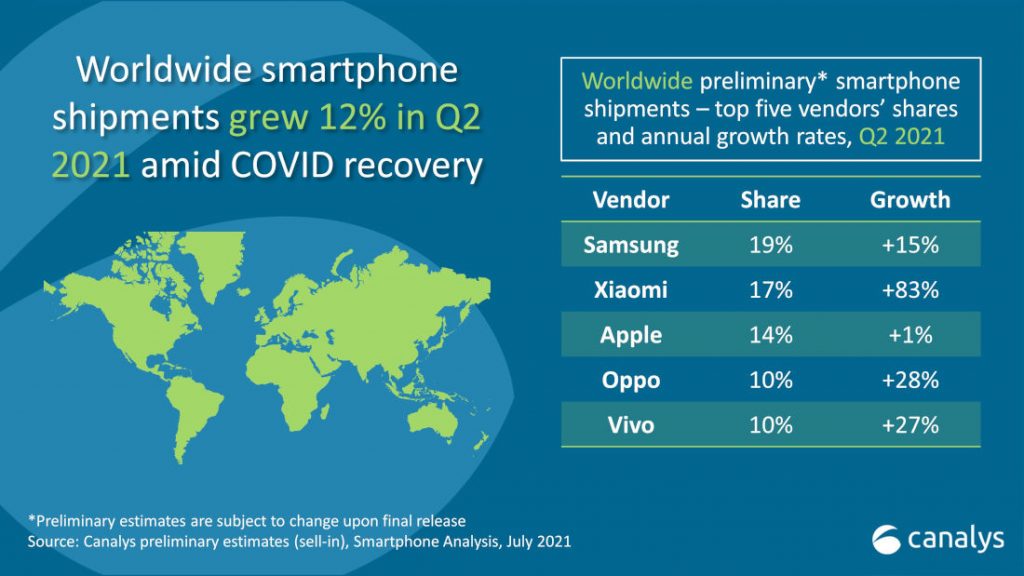 According to Canalys, Xiaomi’s shipments increased more than 300% in Latin America, 150% in Africa and 50% in Western Europe. Compared with Samsung and Apple, Xiaomi’s average selling price is around 40% and 75% cheaper respectively, adds the report.

In Q4 2020, the global shipments of Xiaomi reached 43.4 million units with 31.5% YoY growth, surpassing Apple for the first time and returning to the third place. In Q1 2021, Apple rose to No.2 with 15% of global smartphone market share, followed closely by Xiaomi with its 14% of market share.

In a letter to all employees, Lei Jun, Founder, Chairman and CEO of Xiaomi, pointed out that becoming the World’s No.2 is a key milestone in Xiaomi’s history.

Since 2016, we underwent a comprehensive review of our business, and after five years of self-improvement, we significantly enhanced our product capabilities, and paved our way in the premium market segment and reinforced our position there. We regained our No. 3 position globally in 2020 Q3. Just two quarters later, we made another giant leap.

Xiaomi will continuously strengthen its core capabilities and cement its place as the second-largest smartphone brand.