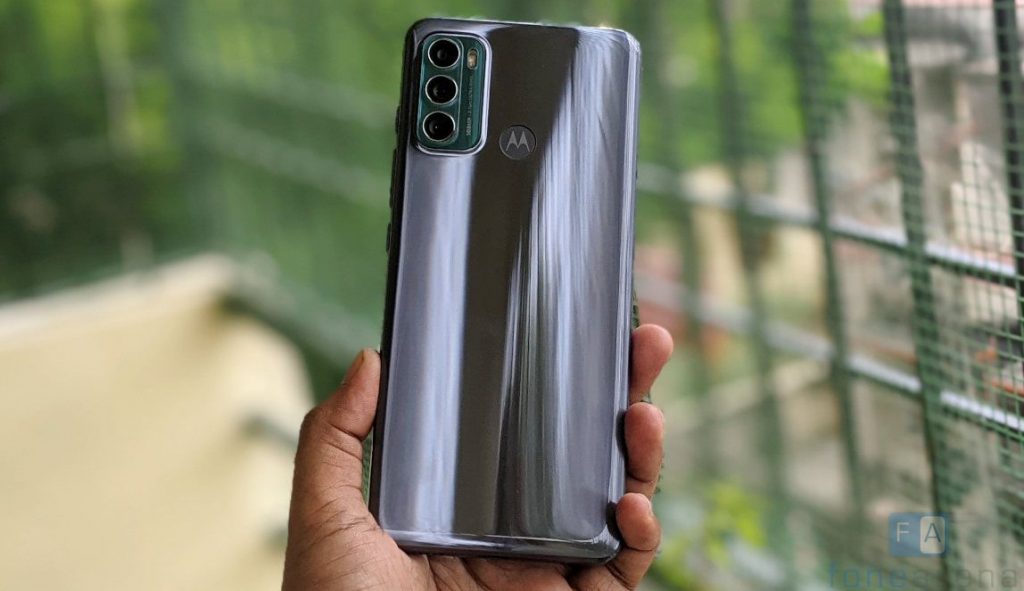 Motorola launched the moto g60 smartphone in India back in April as the company’s first smartphone with a 108MP rear camera. It also has FHD+ 120Hz HDR display, 32MP front camera and a 6000mAh battery. Specifications look good on paper for a mid-range phone. I have been using the phone for about two months now. Let us dive into the review to find out what the device has to offer. 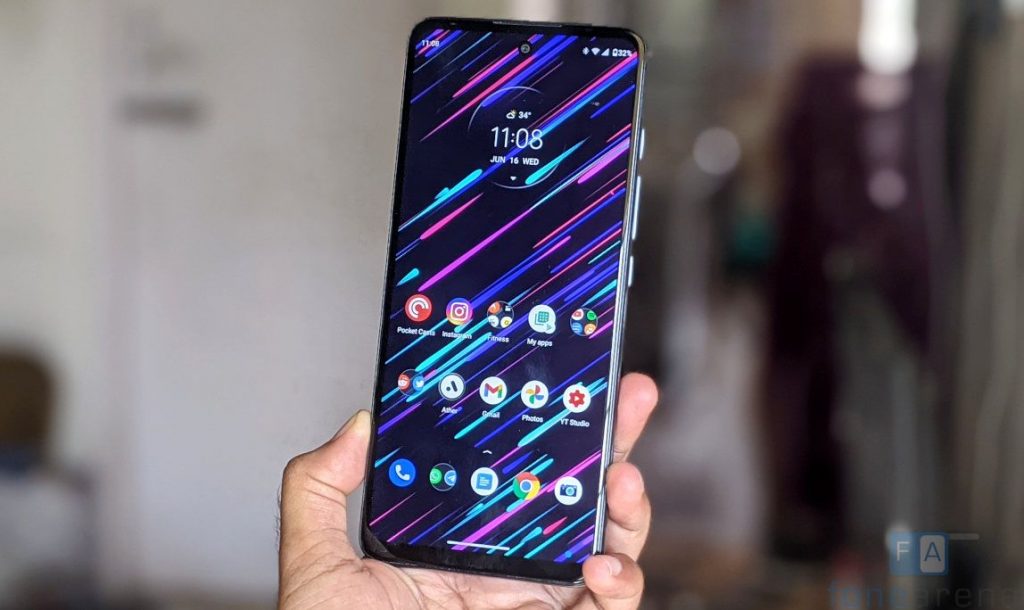 Starting with the display, the moto g60 has a 6.8-inch Full HD+ LCD screen with a pixel resolution of 2460 × 1080 pixels, 20.5:9 aspect ratio 2.5D curved glass screen with gentle rounded corners and a pixel density of about 396 PPI. The display is bright, the colours are vibrant, and the sunlight legibility is good as well.  The phone has about 85% screen-to-body ratio which is somewhat less than the phones in the range, mainly due to te large chin and a long screen. The company doesn’t say if the display is protected by any kind of hardened glass.

The phone has 120Hz refresh rate. You can set it to 120Hz or 60Hz and also set it auto that can automatically switch depending on the content.  It also has HDR support, which works for YouTube. Under the display options there are different options to adjust colours from Natural, Boosted and Saturated. There is also night light that lets you reduce the display’s blue light emission, so it doesn’t cause eye strain when you are reading at night. There is Dark mode, similar to other Motorola phones, and it automatically gets applied to compatible apps.

The phone has a single punch-hole screen that houses a 32-megapixel camera. There is also an LED flash on the front. Even though the punch-hole slightly big, it doesn’t disturb when watching videos. Above the display there is an earpiece on the top edge. The phone doesn’t have a notification LED, but it comes with peek display option that lets you see interactive notifications and quick information while the screen is off, but it doesn’t act as always on display present in AMOLED phones. It also has the usual set of proximity and ambient light sensors, as well as a gyroscope and a magnetic sensor, otherwise known as a magnetometer. 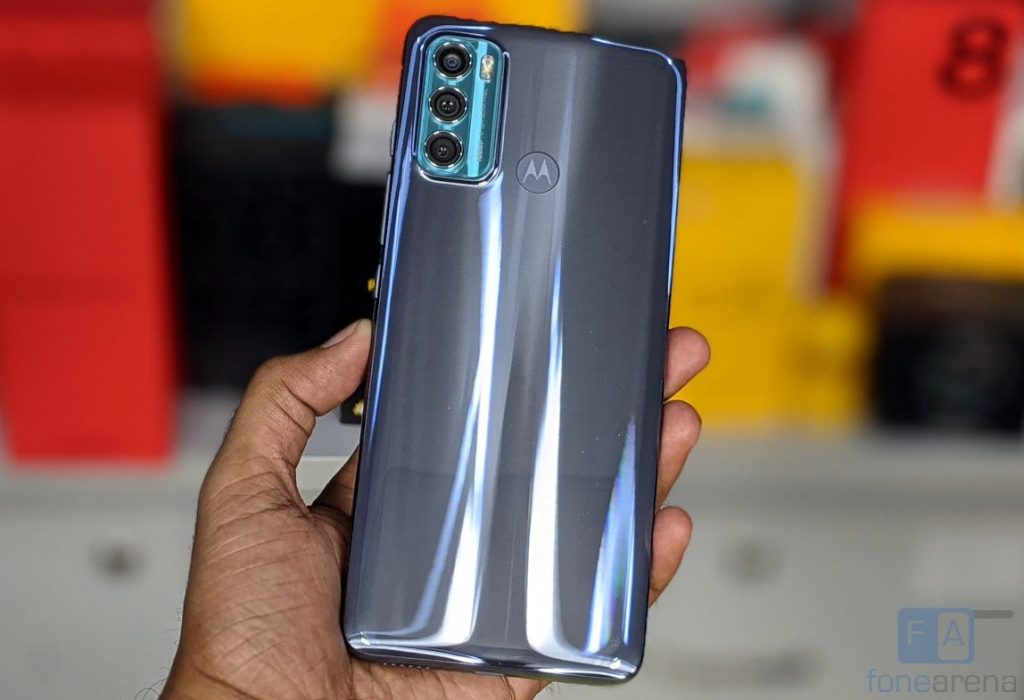 On the back there is a 108-megapixel camera along with an 8-megapixel 118-degree wide-angle lens and 2-megapixel depth sensor. This has a slight camera bump. Even though the phone has a large screen, it is easy to hold at 75.9mm width. This has a plastic back, so it is prone to scratches and also prone to fingerprints, so it is recommended to use the bundled case. The moto G60 has P2i nano coating, so it can protect the phone from light rain and splashes. The phone packs a 6000mAh built-in battery, so it is a bit heavy at 225 grams, but the weight distribution is decent. 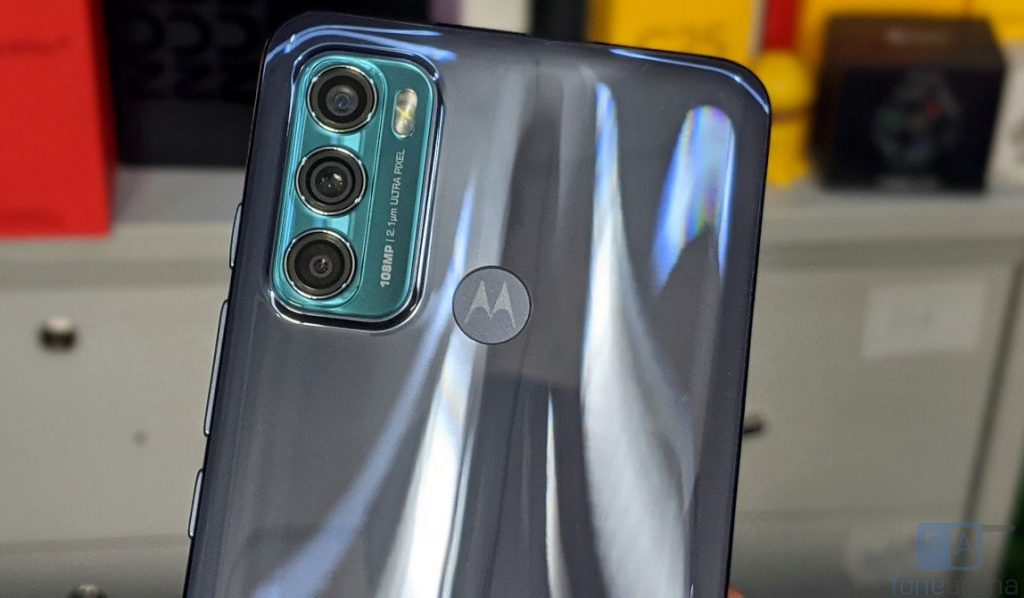 Coming to the image quality, daylight shots came out well with good dynamic range, thanks to ultra pixel technology that gives you get 12MP output. HDR shots are better with improved dynamic range, and it is recommended to enable auto HDR. Wide-angle shots from the 8MP camera is good, and it can also shoot macro shots, one of the first for a phone in the price range. Portrait shots have decent edge detection, even though it doesn’t have a depth camera.

Check out the camera samples (Click the image to view the full resolution sample.).

The phone is capable of recording 4K at 30 fps and 1080p at up to 60 fps resolution and  comes with slow motion 240 fps recording at 720p resolution and 120 fps at 1080p from both front and rear cameras. It features EIS, but the video quality goes down when you turn it on when recording videos.

The moto g60 runs Android 11, and it still runs Android security patch for March, 2021 recently. As usual, it is stock with added Moto features such as Moto app.  It comes with Google discover option when you swipe to the right. There is nothing to mention about the software in specific, since it offers stock Android 11 experience with added features. It comes with the usual Moto app that offers several features such as personalization options, gestures, display customization, media controls, gametime, and more.

Apart from the usual set of utility apps, Google apps, You don’t find any bloatware in the phone. It packs 6GB of RAM and 128GB of storage. Out of 6GB RAM, you get 5.6GB of usable RAM, out of which about 3GB of RAM is free on boot with just the default apps running in the background. Out of 128GB of internal storage you get about 108GB of usable storage. We got sequential read speeds of about 503MB/s, so it should have  UFS 2.1 storage even though the company has not mentioned it.

The phone has a fingerprint sensor on the back. It immediately unlocks the phone just by keeping your finger so that you don’t have to press it, and it is obviously faster than the in-display fingerprint scanner. You can add up to 5 fingerprints. You can also use the fingerprint for app local and payments in apps. The phone also has face unlock, but it is not as secure as fingerprint since it can be unlocked with a photo.

YouTube Music is the default music player with usual audio effects and equalizer, which can also be directly accessed from Audio Effects shortcut app. It also has FM Radio with recording. Audio through the speaker is loud for a mono speaker, but most companies have started offering stereo speakers in the price range. Audio through earphones is good as well. It has Widevine L1 support, so you can play HD content on Netflix, Amazon Prime Video and other streaming apps without any issues.

It supports 4G VoLTE for Reliance Jio, Airtel and other networks and support Dual 4G VoLTE that offers 4G in both the SIM cards at a time and also supports Carrier Aggregation on 4G, so you can see LTE+ symbol when it’s enabled. Other connectivity options include Dual-Band Wi-Fi 6 802.11 ac (2.4 + 5GHz), Wi-Fi calling / VoWiFi support, Bluetooth 5.0 LE, GPS + GLONASS. The phone also NFC support and has USB OTG support that lets you connect USB drives. Moving on, the call quality is good, and we did not face any call drops and the earpiece volume was loud.

Thanks to slightly faster larger Kryo 470 cores based on new Cortex A76, this is faster than the Snapdragon 730G. The overclocked Adreno 618 GPU promises 15% improvement in graphics rendering compared to Snapdragon 730G, and it also has Snapdragon Elite Gaming features.

We did not face any issues or frame drops in the graphic-intensive games. COD, Dead Trigger and Asphalt 9 were smooth without any issues. Thanks to 120Hz refresh rate, gaming was super smooth in games that support it. It gets a bit warm on intensive gaming  on 4G and intensive camera use, but it doesn’t get too hot to handle. It doesn’t have liquid cooling that is found is some phones. That said, check out some synthetic benchmark scores below. 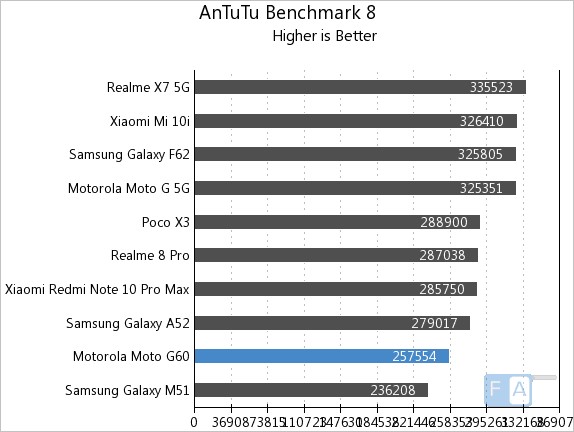 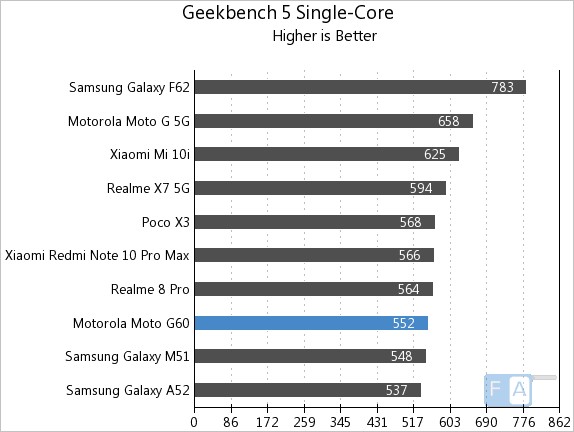 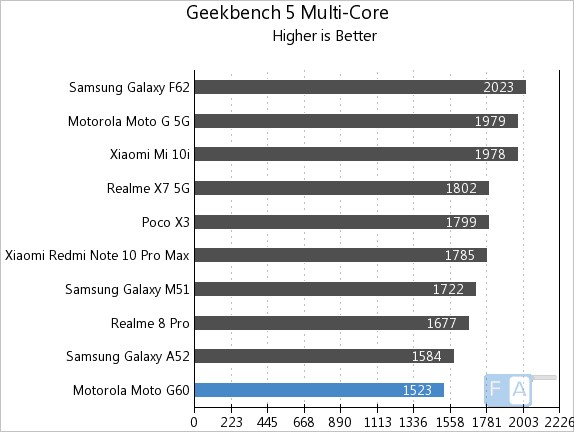 Coming to the battery life, the phone packs a 6000mAh (typical) built-in battery, one of the biggest on a Motorola phone. It lasts for a whole day even with heavy use with 4G enabled and multimedia use, and more than that with average use. I got 10 hours of screen on time with 2 to 3 days of use only on Wi-Fi.

Even though the phone has support for 20W fast charging, it takes about 2 and a half hours to charge from 0 to 100%, and 0 to 50% takes about an hour using the bundled charger. Charging time is more compared to other phones in the price range that bundle 30W and 33W fast charging. It also has over charge protection that prevents the battery from long term overcharging between 80% and 100% when the device is plugged in for over 3 days.

It achieved One Charge Rating of 20 hours and 4 minutes in our battery test, which is good for a phone with a 6000mAh battery. We tested it in 120Hz. Battery life is based on different factors such as software optimization and the processing power that requires to power the phone, so if the phone lasts for a day with heavy use, it is good.

At a price of Rs. 17,999, the moto g60, is a good mid-range phone from Motorola that offers stock Android experience. The main camera is good in most conditions, the phone offers smooth performance and the phone offers a brilliant battery life. AMOLED screen would have been a good addition and the phone is a bit bulky compared to other models in the price range, maily due to the huge battery. Also, the low-light camera performance could have been better. It is available from Flipkart